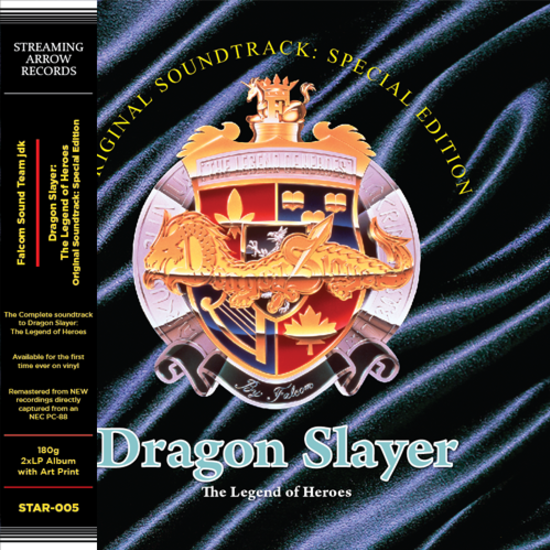 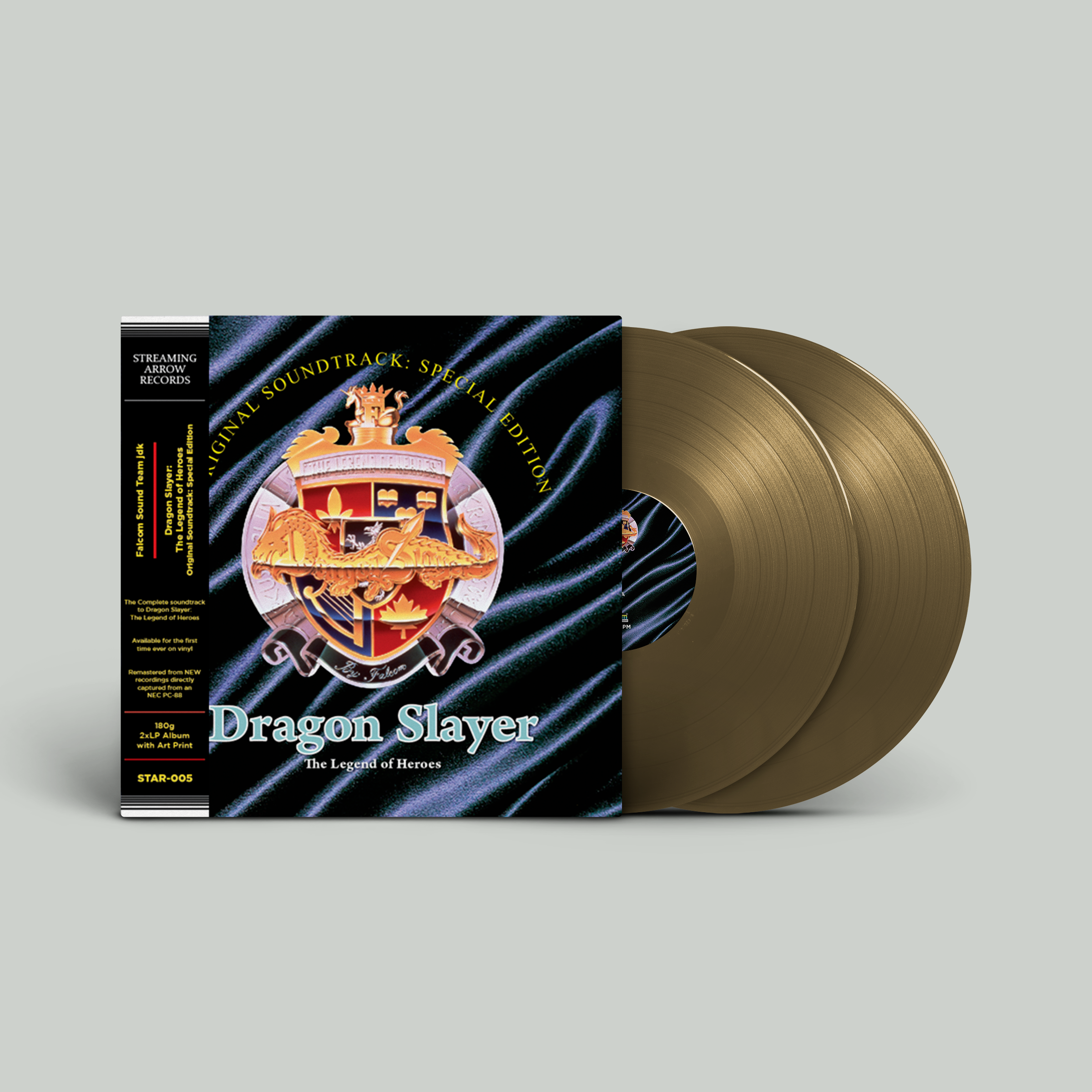 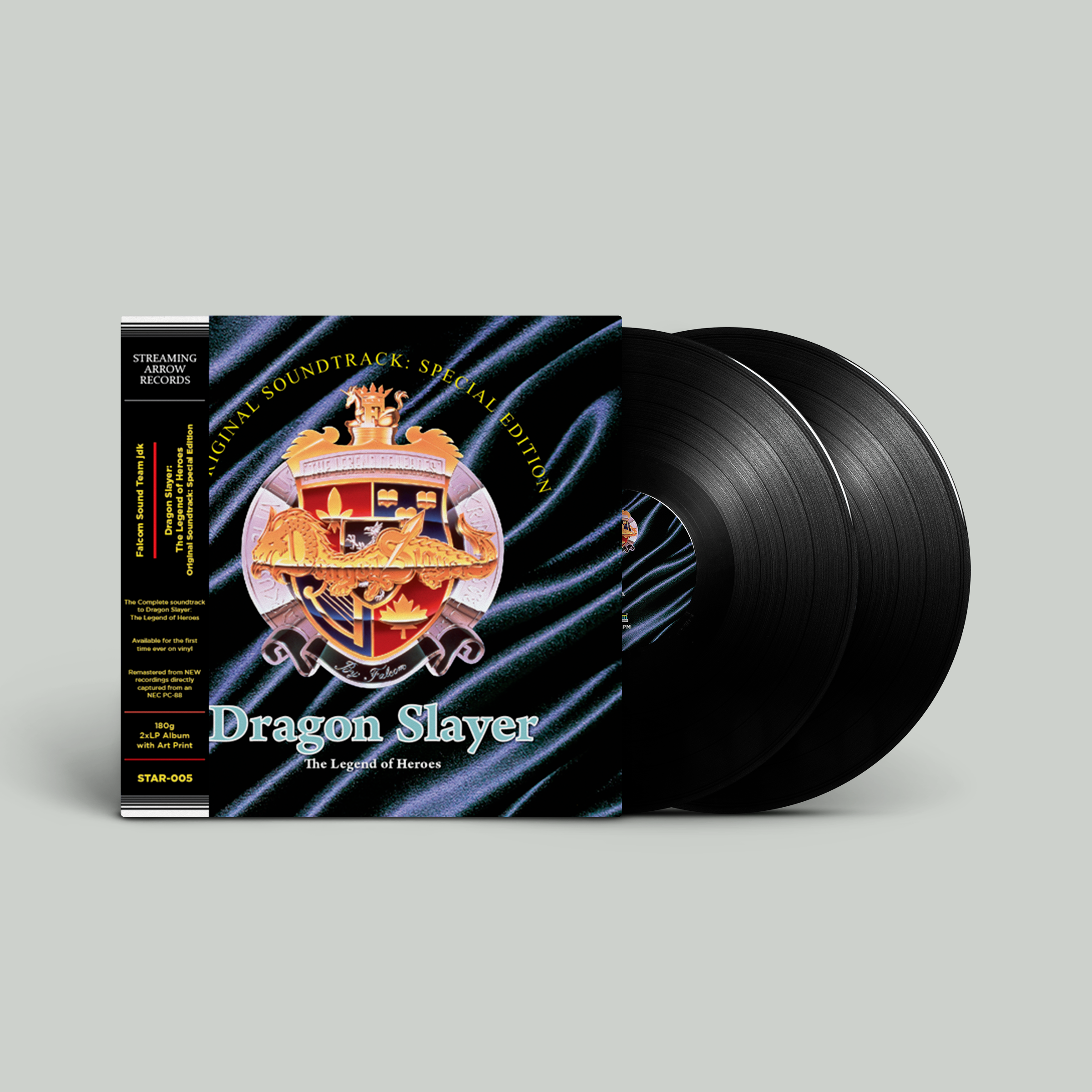 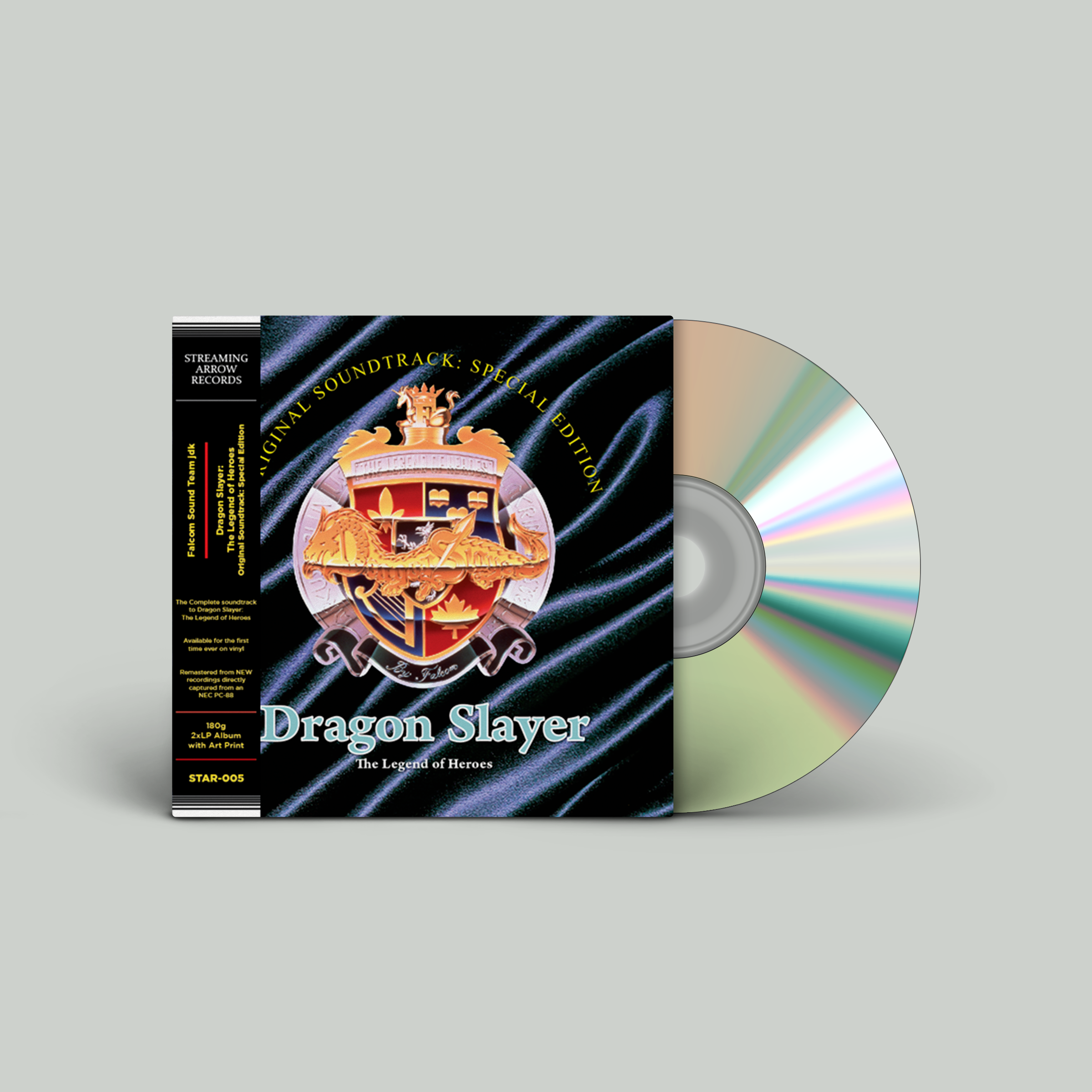 The soundtrack to Dragon Slayer VI Legend of Heroes as a whole is more relaxed and light-hearted in contrast to its other role-playing game contemporaries that Nihon Falcom released on the PC-88. From the relaxing themes of “Town” that instill a sense of peace and safety and the music of “Ship” accompanying you as you sail across the sea.

Falcom Sound Team jdk has taken great care to give the soundtrack to Dragon Slayer: The Legend of Heroes a unique identity in comparison to all of Nihon Falcom’s other numerous PC-88 offerings.

Mastered from entirely new recordings captured specifically for this release we are excited to be sharing this underappreciated piece of Nihon Falcom’s music history soundtrack with you for its first release on vinyl record!