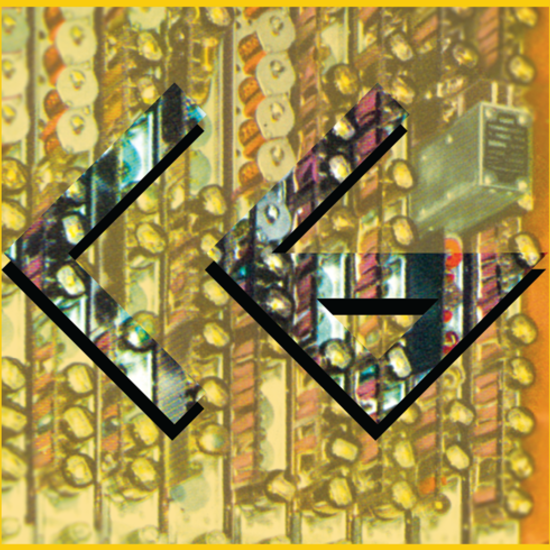 The next installment in the Medical Records journey takes us to West Berlin. In 1979, armed with a Korg MS-10 synthesier and a very simple rhythm box, Christof Glowalla began experimenting with a tape recorder and a few DIY sound generators. Influenced by outfits such as Throbbing Gristle, Cabaret Voltaire, and Fad Gadget, Glowalla eventually put his creation to tape at the West Berlin “Musiclab” which was a small 8-track studio in the Kreuzberg district. What resulted in 1980 was the self-released now excruciatingly rare “Erde 80” 7 inch single. Glowalla also collaborated in a band called Exobit in 1981 with Ingolf Kurkowski and Frank Landgraf, but it was a brief existence. Also in 1981, Glowalla recorded 3 more tracks with Kurkowski which were presented to various record labels, but they unfortunately were never released at the time. Though relatively obscure in the early 1980s, the “Erde 80” 7 inch release slowly became an underground hit with collectors with subsequently rising prices that continue to rise today. Medical Records is proud to compile for the first time the 2 tracks from Erde 80 plus the 3 tracks recorded in 1981. The tracks are culled from the carefully digitized now lost master tapes. The first track, “Erde 80” needs no introduction. Dense analog synth envelopes you in a blanket of warmth accented with processed German vocals. This track has also appeared on the “New Deutsch” in 2003. The b-side of the original 7” (“Technik”) is a dark, brooding synth piece with acoustic guitar passages. Included as well are the above mentioned 3 tracks recorded in 1981. The only one officially released was “Science Fiction” (released by Genetic Music in 2001 on a split 7” with Bakterielle Infektion. It is a an upbeat ditty with sharp hooks and flanged vocals with snappy synth overtones and filter sweeps. “Smog In Der Stadt” is a catchy synthpunk styled number with various shifts. The final track “Der Böse” is a very interesting track with wafting peaceful guitar overlying analog synth with an almost dark-folk texture. For lovers of cold, synth-heavy pop with a darker feel.