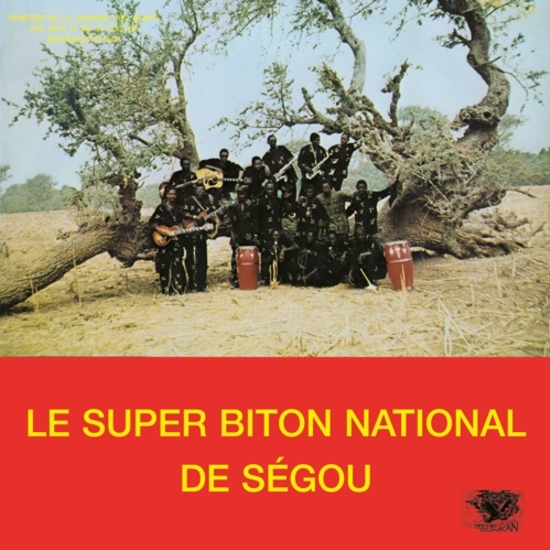 Of all the Malian orchestras, the mighty Super Biton de Ségou stands tall in the history of Malian modern music. Largely forgotten these days, it still remains one of the oldest and probably one of the best orchestras on the African continent. TIP!
Like most great orchestras from West Africa, Super Biton have always combined a subtle mix of tradition and modernity, instrumental ease and vocal virtuosity along their scattered and scarce discography.

Hailing from Orchestre Régional de Kayes, at the other end of the country, guitar player Mama Sissoko joined the Biton in 1972. He quickly became the main soloist of the band, and paved the way for a music which was both lyrical and sober. They triumphed at the 1974 and 1976 Biennales over the Kanaga de Mopti, Sidi Yassa de Kayes, Mystère Jazz de Tombouctou, Negro Band de Gao and Kénéstar de Sikasso, Mali’s main regional orchestras. By that time, Super Biton were declared Mali’s first ‘national orchestra’. At the height of their power, the Biton had a repertoire of over 200 songs and counted 19 musicians among their ranks.

By 1977, they released two consecutive albums under the name Super Biton National de Ségou, lavishly recorded at the fabled Radio Mali studio under the aegis of sound wizard Boubacar Traoré. ‘Nyeleni’ is a devastating number sung by Percé Doumbia, one of the leading voices of the orchestra along with Mamadou ‘Coulou’ Coulibaly, Toussaint Siané and Aboubacar ‘Cubain’ Kissa. Percé sings about the equality of men and women, on a track that was voted ‘best song’ at the 1976 Biennale. On ‘Saajuru’, Doumbia promotes honour and brotherhood among local communities.
‘Taasi Doni’ is the story of a young girl asking her parents to forgive her, and let her marry the man she chooses. Percé breaks new ground while singing about this tale of a free wedding in a then very conservative region. Always moral in their songs, the Biton spoke volumes to a lot of Malian people. Sung by Toussaint and Percé, ‘Siseni’ denounced jealousy and nastiness.

This record is an exact reissue of one of their full albums, featuring songs from Mali’s golden age. They display the true nature of Malian musical genius, mixing traditional and modern instruments, such as Mama Sissoko’s mighty electric guitar, with sheer enthuasism at a time when most of these orchestras had largely overpassed the regional and national status they were given. Just like the Super Biton, still carrying on after many tribulations, they failed to reach a wider audience outside of Mali. Now it’s about time to enjoy the timelessness of Mali’s regional music from Ségou. 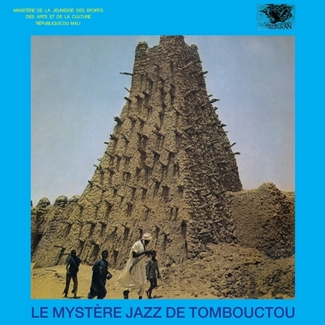