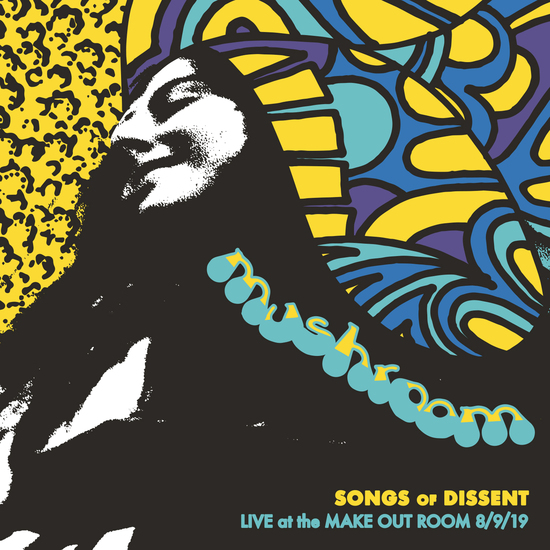 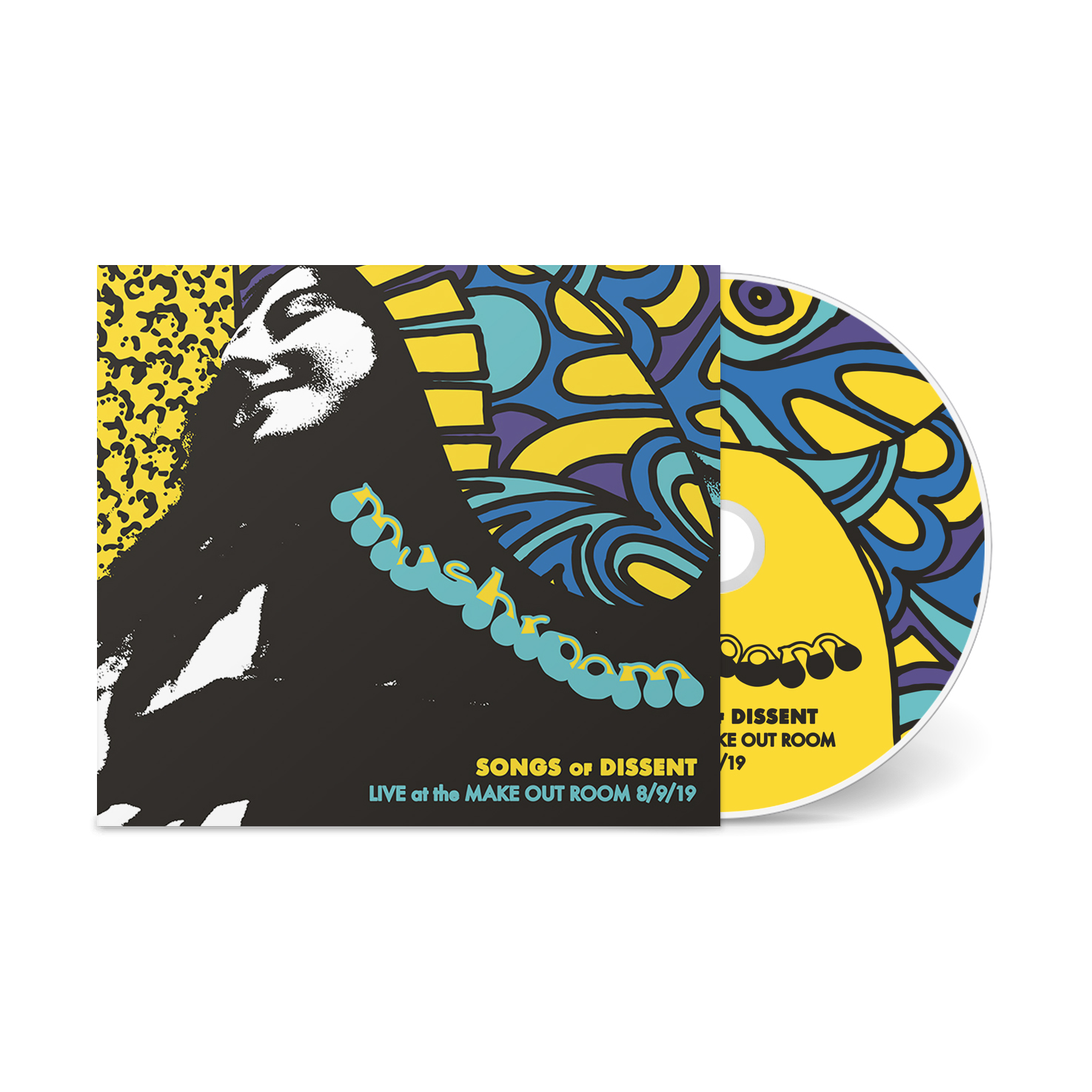 Since 1997, Mushroom (from the San Francisco Bay Area) has performed their own flavor of 1970’s inspired psychedelic instrumental grooves – plus collaborations with Krautrock legends Faust, Soft Machine’s Kevin Ayers, Daevid Allen of Gong, Bundy K. Brown of Tortoise, and jazz trumpeter Eddie Gale (who did two groundbreaking albums for Blue Note in the 1960s).

2016 saw an epic 12-inch single Psychedelic Soul On Wax (Eldridge Cleaver vs. Timothy Leary), However, their CD Songs of Dissent – is their first full-length album of all-new songs in a decade! Distributed by Light in the Attic Records – Songs of Dissent features mind-expanding material: “Kraut Mask Replica” “Steal this Riff” “Two men say they’re Jesus, one of them must be wrong” that range from seven to twenty-eight minutes in length – too long to fit comfortably on vinyl!

On June 27th, 1997 Mushroom played their first-ever show at The Make Out Room in San Francisco (released as a CD: Really Don’t Mind If You Sit This One Out in 2006). 22 years later – on August 9th, 2019 – they returned to that venue to record Songs of Dissent with 3 of their original members including drummer/bandleader Pat Thomas. Recently, Mushroom expanded to Los Angeles-based collective – two of them make their recorded debut here – new members David Immerglück & Victor Krummenacher (from Monks of Doom, Camper Van Beethoven). The plan was to release this album in early 2020 – but when the pandemic hit, it was shelved until now.

SF Bay Guardian: “Think of the German art-rock band Can, James Blood Ulmer, the Allman Brothers Band at Fillmore East and just the idea of the Fillmore East.” 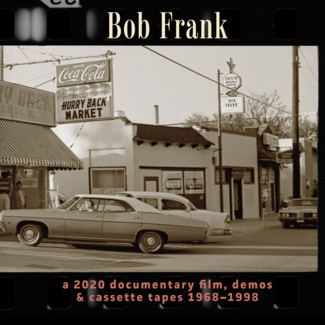 Bob Frank
Within A Few Degrees