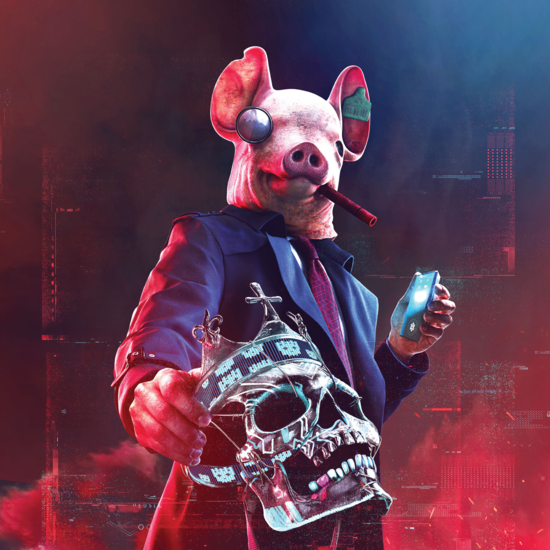 Once again we teamed up with Ubisoft to bring the music of the high-tech action game Watch Dogs: Legion to good ol’ fashioned vinyl. This triple LP set features original score tracks by Stephen Barton and tracks “Rainfall (feat. Tiana Major9)” by Brit Award-winning Stormzy and “In the Jungle” by Baby Knoxx.

Watch Dogs: Legion builds on the open-world stealth-action gameplay of its predecessors, delivering a never-before-seen gameplay innovation. Players can recruit and play as anyone they see in the iconic city of London: an MI6 agent, a tough bare-knuckle fighter, or an inconspicuous old lady.

Five sides include music, with the sixth side featuring a custom etching of the iconic DedSec pig mask. LPs will be housed in a deluxe triple gatefold.