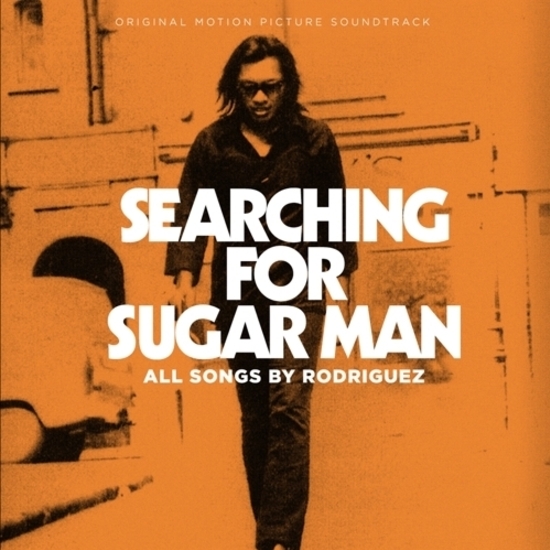 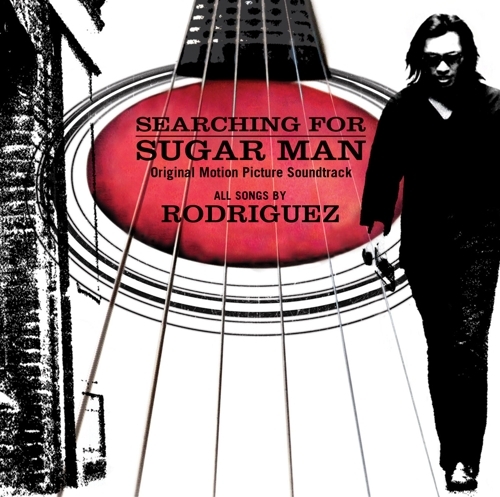 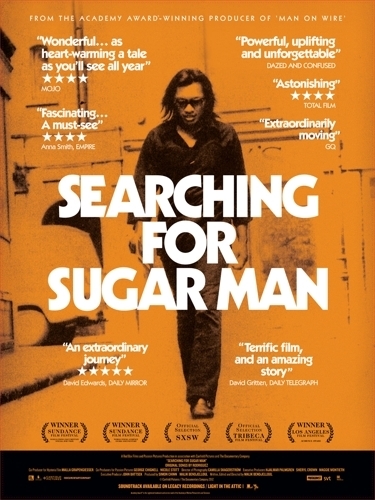 “Stunning. One of the greatest, and most moving documentaries ever made.” ?, Q Magazine
“A hugely entertaining, emotionally touching, and musically revelatory experience” – IndieWire
“to South Africans in the early ‘70s he was their Beatles and Dylan combined” ????, Mojo

The story remains one of the music world’s most unusual tales of the 1970s: an obscure debut LP by a Detroit singer-songwriter becomes a source of hope and inspiration to the anti-Apartheid movement in South Africa. Now, the story of Rodriguez and his cult album Cold Fact is the basis for Searching For Sugar Man, a riveting new documentary by filmmaker Malik Bendjelloul. Light In The Attic Records in partnership with Sony Legacy are honored to announce the release of the original motion picture soundtrack, comprising tracks from Cold Fact and its 1971 follow-up Coming From Reality – both reissued in 2008 and 2009 by Light In The Attic. The soundtrack begins with the otherworldly “Sugar Man” and acts as a primer to this long-overlooked musician’s fusion of gritty funk, political poetry and blissful psych-folk.

Searching For Sugar Man, a Red Box Films & Passion Pictures Production in association with Canfield Pictures & The Documentary Company, distributed by Sony Pictures Classics in the U.S., was a big hit at this year’s Sundance Film Festival where it won the world documentary audience award and a special jury award, and then went on to screen at SXSW, Tribeca, and the Sheffield Doc Fest. The film opens in New York, Los Angeles, and London (via Studio Canal) on July 27th and will play in other cities throughout the coming months. For a complete release schedule, visit the film’s website: www.SearchingForSugarManMovie.com.

?Back in the late ‘60s, Rodriguez was discovered in a Detroit bar by renowned producers Dennis Coffey and Mike Theodore. They recorded a 1970 album that they believed was going to secure his reputation as one of the greatest recording artists of his generation. Instead, Cold Fact bombed, and despite the release of a second LP, entitled Coming From Reality and produced by Steve Rowland, Rodriguez drifted into obscurity, even being subject to some fantastic rumors of a dramatic onstage death.

Cold Fact took on a life of its own when a bootleg recording found its way into apartheid-era South Africa. Banned by the government, the album became a country-wide phenomenon over the next two decades, and the soundtrack to a resistance movement of liberal African youth. Back in Detroit, working in construction and renovation (he also ran for mayor), Rodriguez was totally unaware that he was not just a folk hero but a household name thousands of miles away.

Decades later, two South African fans, Stephen ‘Sugar’ Segerman and Craig Bartholomew-Strydom set out to find out what really happened to their hero, and their investigation led them to a story more extraordinary than any of the many myths they’d heard. Their story forms the basis of Searching For Sugar Man.

Both sides of the story, Rodriguez’s life in Detroit and the subsequent impact of his music in South Africa, proved fascinating to Stockholm-based documentary filmmaker Malik Bendjelloul. His short documentary films for Swedish Television’s international cultural weekly show Kobra became the basis for such films as Men Who Stare At Goats (George Clooney) and The Terminal (Tom Hanks). The evolution of the financing, production, and filming of Searching For Sugar Man is as fascinating and complex as the life of Rodriguez himself.

“I describe myself as ‘musico-politico’,” Rodriguez said recently. “I was born and bred in Detroit, four blocks from the city center. Back then, I was influenced by the urban sounds that were going on around me all the time. Music is art and art is a cultural force. As far as my work from Detroit comparing to the South African Apartheid, the similarities echo. The placards of the 1970s in the United States read things like: We Want Jobs and Stop the War – I was looking at the music from a working class perspective that was relevant, as it turns out, to the kids in South Africa.”

Rodriguez receives royalties from the sale of this release.