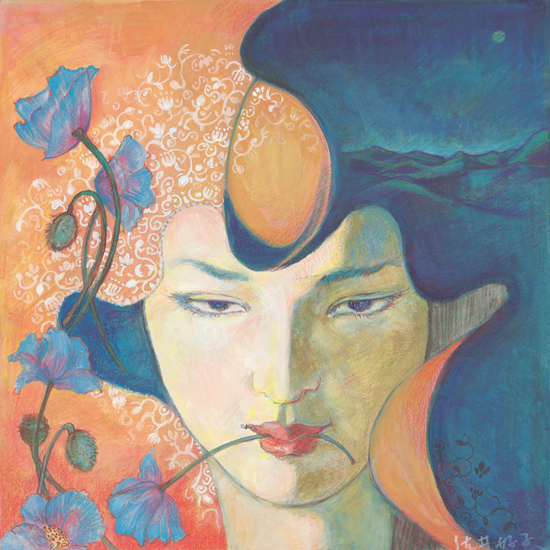 In 1978, Yoshiko Sai disappeared from the music industry, citing an inability to make music that she enjoyed. 30 years later, she triumphantly returned with Takla Makan, another deep dive into the enigmatic mindscape of Yoshiko Sai.

In comparison to her earlier albums, Takla Makan shows Sai’s adaptability, as she deftly jumps from one genre to the next. Album opener “Bon Voyage”, is a somber farewell ironically placed at the beginning of the album. Sai’s haunting vocals are placed in the center of a string quartet so expressive, they practically sound like human voices. Yet as the strings fade away, they’re quickly replaced by the clacking of drum sticks and an overdriven guitar – rock at its finest. Second track “Today and Tomorrow” sees Sai backed up by a full-on rock band, complete with a fiery guitar solo from Bordeom’s guitarist Seiichi Yamamoto. “Deja vu” even sees Sai once again move into jazz territory, with her voice almost taking on a lounge singer-like quality. Yet even with the diverse styles, the album feels unified – a cohesive project by a musician, who, despite taking nearly thirty years off, is still at the top of her game. The artwork is once again drawn by Sai herself, and with an OBI-strip, this album has never looked this good. Don’t miss Takla Makan on limited edition vinyl, available only from P-VINE Records. Her first solo album in over 30 years!