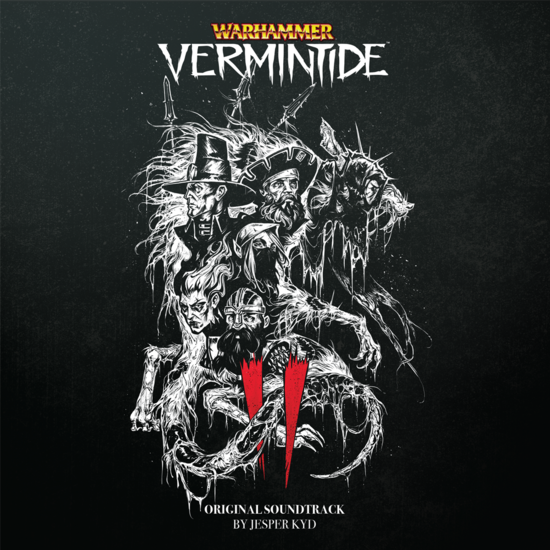 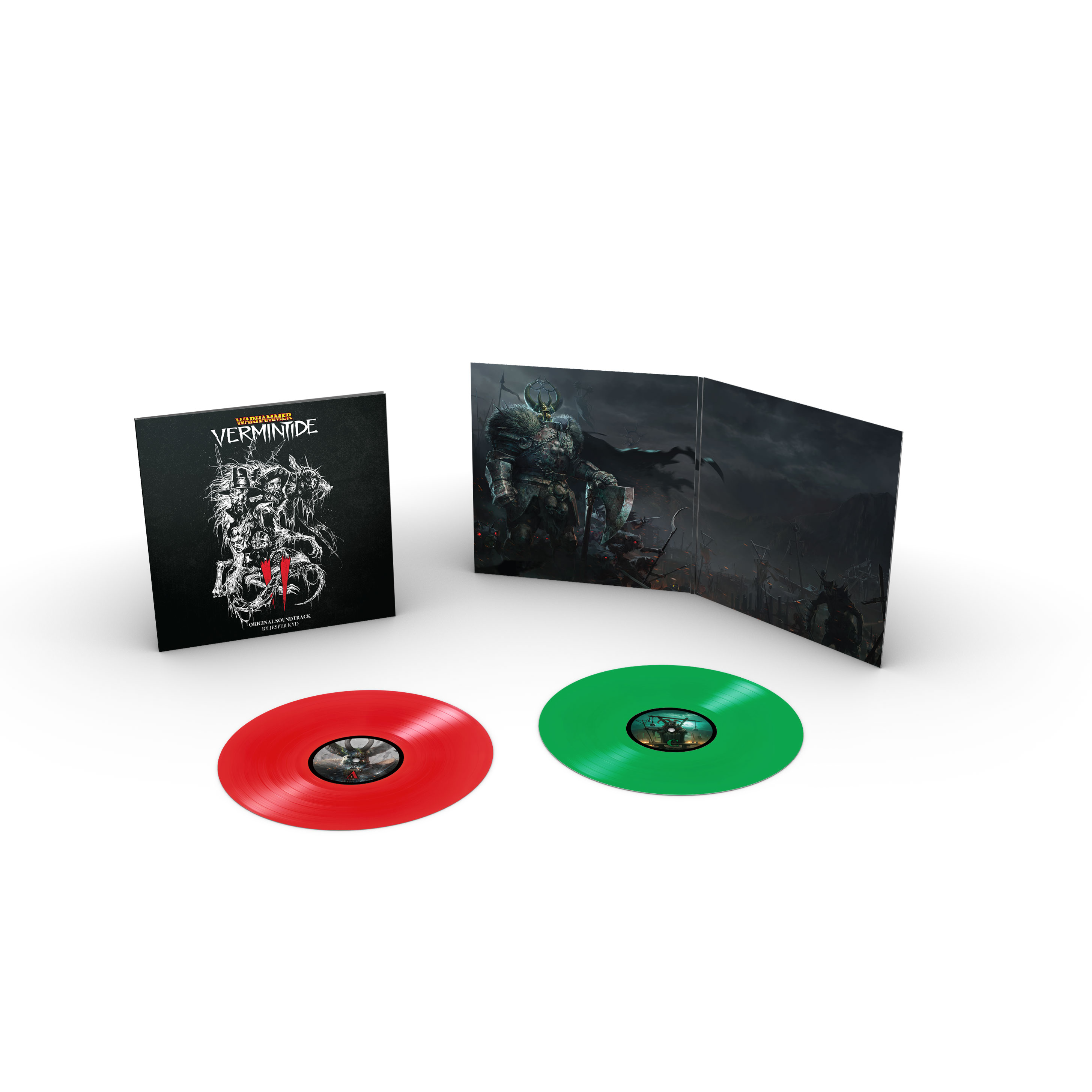 Vermintide 2 is a critically lauded first-person co-op action game that sees players smash, bash, and slice their way through the Chaos army and Skaven rat-men. Jesper Kyd (Assassin’s Creed, Borderlands, Hitman) amassed a broad palette of violent percussive sounds in creating his propulsive score. The music leans more towards this hypnotic array of scrapes, cracks, and thumps than it does the orchestral elements traditionally associated with dark fantasy — and is all the more distinct a score for it.

38 tracks (including seven bonus tracks not found on the digital release) have been specially mastered for vinyl, and will be pressed to audiophile-quality, heavyweight 180g discs in ‘Chaos Red’ and ‘Skaven Green’. These will be housed in a deluxe gatefold sleeve, with artwork designed by Fatshark Games, including ‘The Ubersreik Five’ front cover.