Give Out But Don’T Give Up (The Original Memphis Recordings) 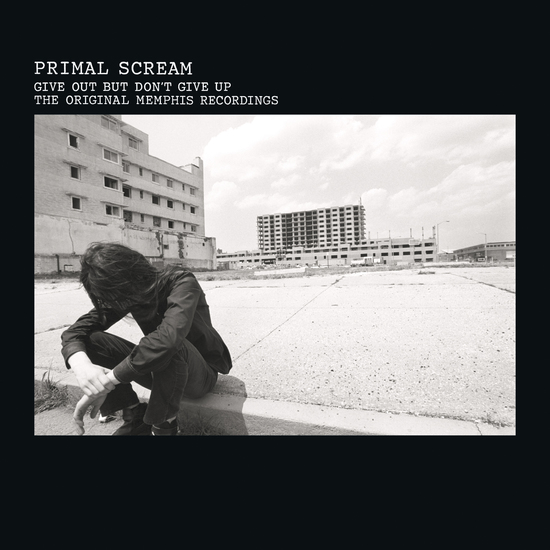 Give Out But Don’t Give Up (The Original Memphis Recordings) 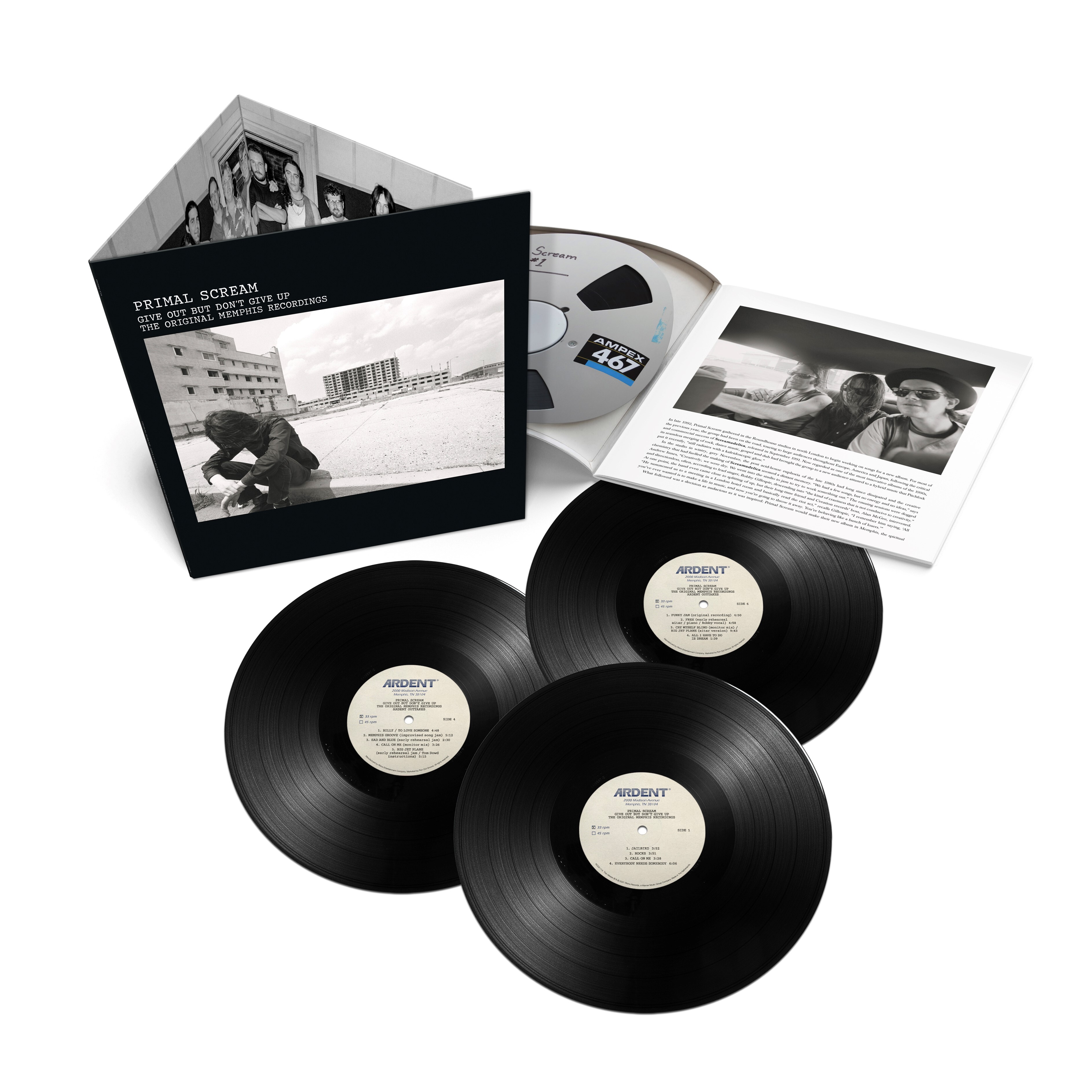 Primal Scream is a Scottish rock band originally formed in 1982 in Glasgow by Bobby Gillespie (vocals) and Jim Beattie. The current line up consists of Gillespie, Andrew Innes (guitar), Martin Duffy (keyboards), Simone Butler (bass) and Darrin Mooney (drums). They were signed to McGee’s Creation Records in 1985 and recorded their debut single, “All Fall Down,” which received positive reviews, before moving to McGee’s newly set-up Warner Bros. subsidiary Elevation Records. May was subsequently dismissed; Gillespie’s former bandmate Innes replaced him, and the band found new drummer Gavin Skinner. With the new lineup, the band re-entered the studio and recorded Sonic Flower Groove, which reached #62 in the UK, despite receiving poor reviews. The band relocated to Brighton and traded in their jangle-pop sound for a harder rock edge, or as Gillespie said, “[we] had found rock ‘n’ roll.” The band released their first single in two years, “Ivy, Ivy, Ivy” and followed it with the album, Primal Scream. Around this time, the band began attending raves, where they met DJ Andrew Weatherall and gave him a copy of the Primal Scream track “I’m Losing More Than I’ll Ever Have” to remix for one of his shows. Weatherall added a drum loop from an Italian bootleg mix of Edie Brickell’s “What I Am,” a sample of Gillespie singing a line from Robert Johnson’s “Terraplane Blues” and the central introductory sample from the Peter Fonda B-movie The Wild Angels. The resulting track, “Loaded,” became the band’s first major hit, reaching #16. The band entered the studio with Weatherall and released two more singles, “Higher Than The Sun” and “Don’t Fight It, Feel It” which featured the lead vocals of Manchester singer Denise Johnson. The album, Screamadelica, was released in late 1991 to positive reviews and was also a commercial success, reaching #8, while winning the first Mercury Music Prize. Two singles, “Jailbird” and “(I’m Gonna) Cry Myself Blind” were released from their fourth album Give Out But Don’t Give Up, both of which charted progressively lower. The band went on to release 3 more records for Creation, 3 for Columbia Records and a few for independent labels. In August 2018, it was announced that the band would release the original long-lost recordings made for Give Out But Don’t Give Up for the first time, made when the band went to Memphis’s Ardent Studios in 1993 to work with producer Tom Dowd, engineer Jeff Powell and the Muscle Shoals Rhythm Section. The Run Out Groove reissue Give Out But Don’t Give Up (The Original Memphis Recordings) is the first pressing on vinyl in the U.S. and is expanded to a 3LP set with bonus tracks.