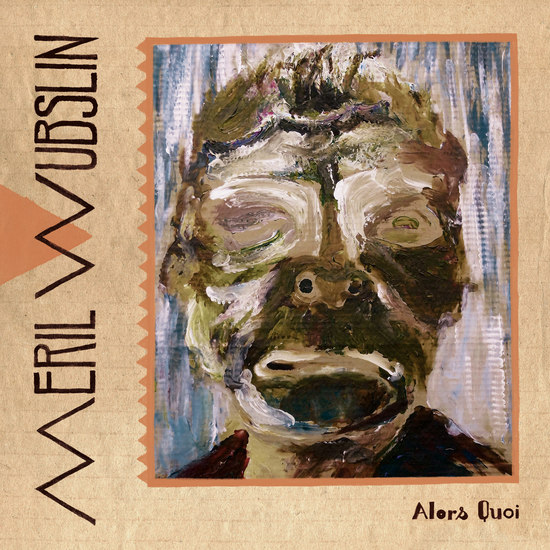 Recorded between Lausanne and Brussels during summer 2019, this new series of songs by Meril Wubslin dig deeper into this tribal, rustic and minimal tendency that they had in the two previous albums. It is the desire to search for sounds, to manipulate matter: sound matter, rhythmic matter, to knead it to its hottest point, that guided the work of composition. All vintage guitars were recorded without amps. Tambourines and other maracas were approached as a drum kit. But the harmonies and melodies are still present and sometimes event enhanced by the occasional participation of a choir of female voices or a minimal synth line. Always with this desire to use French, their mother tongue, while trying to avoid the trap of « variété française ».

With this new album, we wanted to try something slightly different with the sound. Explore new ways to record our instruments and voices. Thus we decided to put away the amplifiers that we used for rockier moods. And we tried the acoustic option. We were surprised by the wide range of possibilities, much more direct and much more emotional actually. About the texts, we still insist on this open way of writing, a mixture of abstract and concrete which offers several understandings. With this liberty in the structure, we avoid the predominance of the message, to go towards a more sensitive and open meaning.