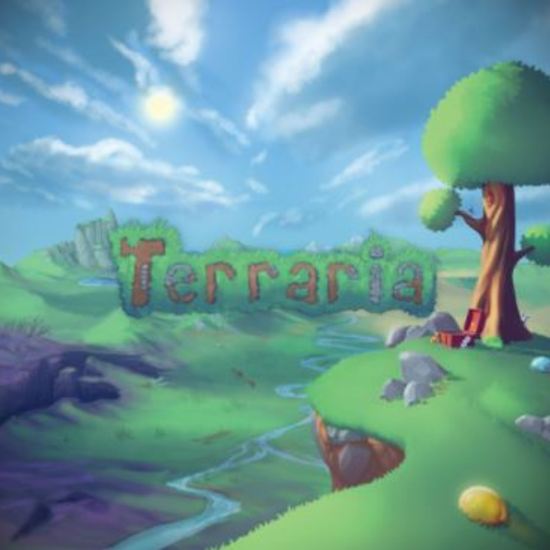 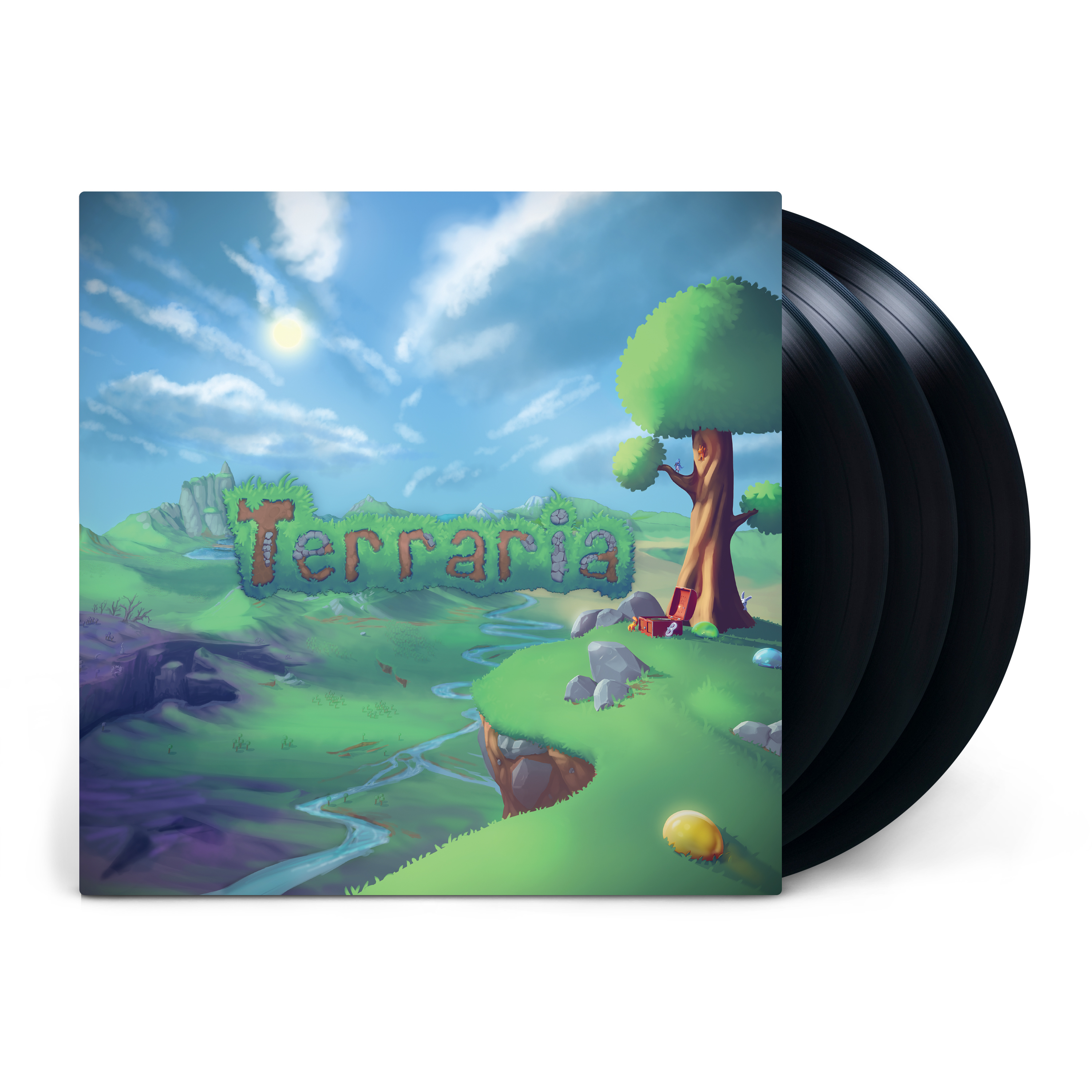 Re-Logic and Laced Records are proud to present the music of Terraria on deluxe triple vinyl.

Since launching in 2011 Terraria has expanded across multiple platforms and gone on to sell a mind-boggling nearly 34 million copies and counting. For over nine years players have explored, battled and built across multiple biomes, expressing their creativity using the game’s sandbox mechanics and challenging themselves against nightmarish bosses. In 2020, an enormous update dubbed ‘Journey’s End’ was rolled out, marking the game’s official completion in terms of features.

Over the life of the game, composer Scott Lloyd Shelly has produced hours of beloved soundtrack music, mixing chiptune with orchestral, rock, and other synthesized elements to create a bubbly and vibrant signature sound for Terraria.

All 60 tracks from Terraria have been remastered specially for vinyl and will be pressed to heavyweight 180g discs. These will be presented in a deluxe triple gatefold sleeve featuring custom artwork from the artists at Re-Logic that is not available anywhere else.