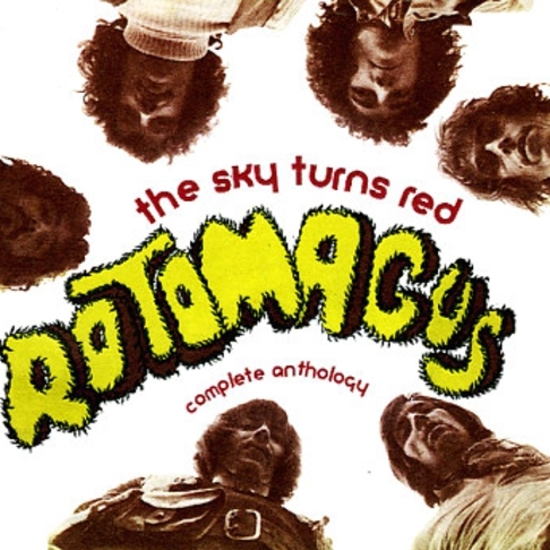 There’s no way to know why CBS Records unceremoniously dumped Rotomagus and the Chico Magnetic Band after one single apiece; suffice to say that decision was a poor one, as both bands have (quite rightly) developed a cult-like following over the years. All in all, the artistic trajectory of Rotomagus was peculiar: they started out as a harmony pop-psych band, shifted through a brief Jimi Hendrix-ian interlude (‘The Sky Turns Red’), straight into a Vanilla Fudge groove; they then went down in flames as a hair-raising monolithic heavy rock power trio. On Julian Cope’s excellent Head Heritage web-site, the Seth Man raves about Rotomagus thus: "The first time I heard this track (‘Fighting Cock’), I did not freak out. I merely walked into a nearby closet and screamed my head off for a minute solid, beat the floor and ripped my t-shirt… then I cowered when it hit me: this thing came out in 1971? Before “Raw Power”?! I just lost my mind… The only thing that predates this monster in terms of being a full-on amassing of all things heavy are all the many key points on Sir Lord Baltimore’s “Kingdom Come” LP and THAT’S it, brother." French magazine Rock & Folk was succinct: “Rotomagus create an emotional music, violent, even aggressive.” Violent. Aggressive. Intense. On this disc we bring you the entire output of Rotomagus, including an album-length demo from 1971, the band’s tumultuous, thunderous swansong, recorded as a super jam (live with no overdubs). Our Lion Productions and Martyrs of Pop edition of Rotomagus comes replete with a bi-lingual 32-page booklet, with the entirety of the Seth Man’s article on the band, plus the band’s history in both English and French, printed on FSC recycled, chlorine-free, 100% post-consumer fiber paper, manufactured using biogas energy. Hard to believe this is all pre-1971, as much of the demo is not just proto punk but proto hardcore—with enough fiery attitude to make you want to scream along. The vocals are wild, while the guitar riffs and grinds and approaches a Stooges via Motorhead apocalyptic grandeur. Amazing!