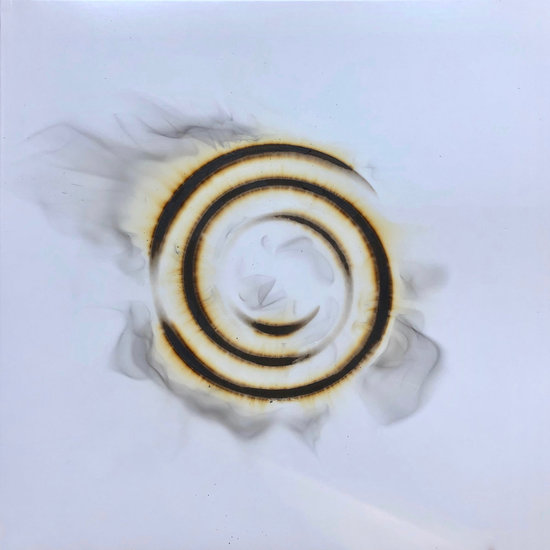 The first-ever reissue of Picks & Lighters’ 1997 private-press LP TVA/Starvation, two sides of tumbling lo-fi guitars-and-drums improvisation that stumbles across the under-explored territory that lies between the rough minimalism of early Terry Riley and the protean drone of Hill Country blues. The original album was the lone document of husband and wife Steve and Mary Ann Pritchard (guitar and drums, respectively) and Bill Warden (guitar), who recorded the session direct to cassette in the Knoxville, Tenn. living room. Limited to 200 copies and hand-distributed, the original LP featured a front cover individually burned on an electric stove eye—as does the reissue.

Beautiful (in every which way) is the debut LP by Knoxville, Tennessee’s Picks & Lighters. TVA/Starvation (Living Room). The fact that it came out in 1997 does not detract from its glory one jot. A trio at the time of this recording, two guitars and one drum sullenly slam into each other with the lo-fidelity magnificence that so many strive for, but so few achieve. Rambling in a way that is almost incoherent at times, this is music made by humans and you’re never allowed to forget that for a second. It also has a cover that will make you slap your forehead and say ‘WHY THE FUCK DIDN’T I THINK OF THAT?’