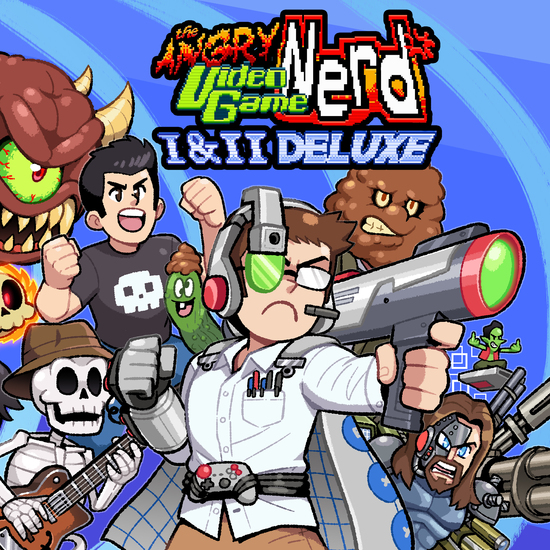 Starting as a simple video game review show, The Angry Video Game Nerd essentially pioneered what is now considered the Internet Video Review genre. Created by and starring James Rolfe, he and his collaborators gained a massive fanbase with their reactions to retro games and film, eventually expanding to create their own games and films. In a media landscape dominated by memes, 80’s nostalgia and countless similar-styled review shows, AVGN’s influence cannot be overstated.

Now, in conjunction with the re-release of his 2013 and 2016 video games, Ship to Shore PhonoCo. Is proud to present AVGN 1 & 2 Deluxe Video Game Soundtrack on limited edition vinyl! Enjoy Sam Beddoes’ retro score on this 3XLP Box Set, featuring new custom artwork by Mike Luckas with your favorite AVGN characters. This is a must-have for fans of The Nerd and fans of old media in general!