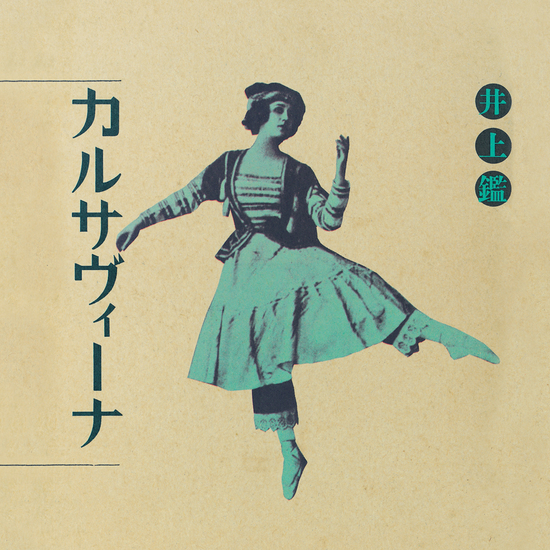 In the early 1980s, Akira Inoue’s genius as a composer and arranger permeated Japanese pop music and culture. His breakout arrangements for Reflections, actor Akira Terao’s nighttime city-pop smash, helped make it the best-selling album of the decade. This success led to his debut fusion synth-pop album, Prophetic Dream, packed with surprising interludes, mysterious grooves, and state-of-the-art production. In the next few years, Inoue was arranging hits for idols like Seiko Matsuda, helping established artists like Hi-Fi Set find a fresh, forward-looking sound, and recording arty solo albums in London with musicians who played for Kate Bush and Peter Gabriel. His music was elegant with a dark edge, and companies like Yokohama Tire and Shiseido turned to Inoue when they wanted to evoke sophisticated cool in a TV or radio ad. It was during this prolific time that Inoue released one of his most curious and uncommercial works, Karsavina, now being reissued on LP.

Out of print since it was first released in 1984 as part of the SEED Cassette Book Series, Karsavina finds the
classically trained art-rocker experimenting between major-label releases. On his vocal albums, Inoue masterfully
used modulation, dense chromaticism, and unexpected rhythm changes to push the boundaries of a pop song. On
Karsavina, Inoue preserves some of the pitch-dark energy of Cryptogram and pristine, nostalgic magic of Splash but
no longer feigns interest in the charts. With legendary ballet dancers Nijinsky and Karsavina as its central theme,
Karsavina instead captures the spirit of the early-20th-century avant-garde using the hi-tech tools of a modern Tokyo
studio. Smudgy classical piano and cello dance playfully to tricky prog rhythms, warped textures, and pounding
electronic beats. Wide-open synth chords melt rather than progress, and fretless bass is given free rein. Take
“Ondine,” a fifteen-minute instrumental reimagining of Splash’s closing track. Featuring some of Inoue’s most loyal
studio cats, this version foregrounds traditional Japanese percussion (Hideo Yamaki) and gummy bass improvisations
(Kenji Takamizu), as Inoue and guitar wizard Tsuyoshi Kon weave arpeggios in the distance.

A few of Inoue’s experiments in ambient dance foreshadow subsequent albums. The menacing “Entrechat Dix,”
named for Nijinsky’s reputed vertical leap with ten leg crossings, marked Inoue’s first collaboration with Masako
Kawamura, whose frenetic koto plucking would play a lead role on Tokyo Installation and System Overload.
“INNOVATIONS” contains a meditative piano and fusion bass coda that Inoue would flesh out (“Forest of Thought”) on
Imaginary Arboretum the following year. Some of these songs would also resurface in more digestible forms on Inoue’s soundtracks to body horror film Gakidama and anime Lensman.

Thirty-six years on, as crate diggers around the world have rediscovered the deeply inventive, genre-bending music of contemporaries like Yasuaki Shimizu and Haruomi Hosono (also featured in the SEED series), Akira Inoue’s
pioneering work is only beginning to be reevaluated outside Japan. Karsavina may not be an obvious entry point into
his extensive catalog, but it’s a powerful example of his eccentric “high-tech, handmade” musical vision—and further evidence that he’s responsible for some of the coolest music of all time