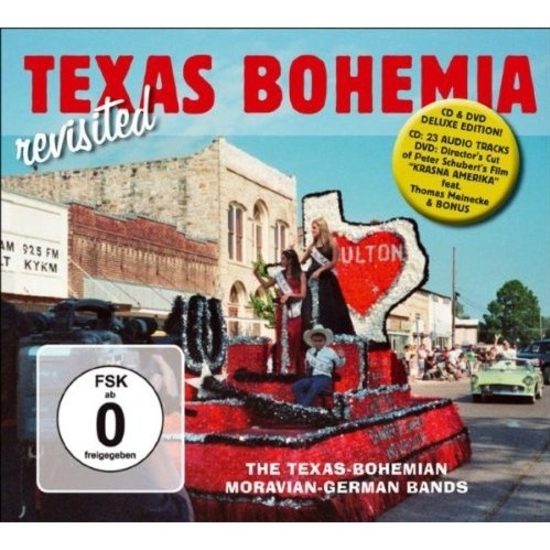 One consequence of the revolution of 1848 was the expatriation of progressive Germans to the New World, which took many revolutionaries to the Central Texas Hill Country and surrounding areas. Living in Central Texas today, it is still possible to find elderly speakers of an antiquated German in towns like Fredericksburg, New Ulm, Utopia, New Braunfels, San Antonio, Shiner (home of Shiner Bock beer, a Texas Brauhaus staple) and forgotten villages like Sisterdale, founded as a commune and frequented by Karl Marx’s sister, among other progressive German intellectuals and adventurers. Living alongside Czech, Polish, Moravian and Bohemian expats with whom they discovered a certain musical and cultural affinity, the Germans sided with the Union and abolitionists among them helped escaped slaved make their way to freedom, for which dozens of German draft resisters paid dearly at Confederate hands in the 1862 Nueces massacre. The language was successively repressed in the wake of the World Wars, but some descendants proudly study high German in school today, and a sociolinguist at the University of Texas has been documenting Texas German dialects for some time.

Producer and enthusiast Thomas Meinecke first discovered the musical and linguistic traces of this migration in the early 1990s, and he returned to Texas in 2007 with director Peter Schubert to make Krasna Amerika (“beautiful America,” produced for Bavarian TV) and the musical tribute of Texas Bohemia Revisited, a superb CD-DVD set with 23 audio tracks, the documentary and notes in German and English. There is a certain melancholy to Meinecke and Schubert’s extended road trip: patently, their interviews are with the last generation of Texas German speakers. The accordion and brass band music, on the other hand, shows promise of persisting, not least because of a fruitful, ongoing interplay with the vibrant Texas conjunto sound. It is still possible to ferret out live German-Czech music today, and Meinecke serves up the best of the Joe Patek Orchestra, the Shiner Hobo Band, the Praha Brothers and many others, in an essential package destined to become a classic of the genre, in a soulful portrait of an important cultural moment of German-Texan history. (One minor caveat: with its mixed English and German dialogue, the documentary lacks subtitles, making a passing knowledge of German helpful to English-speaking viewers.)