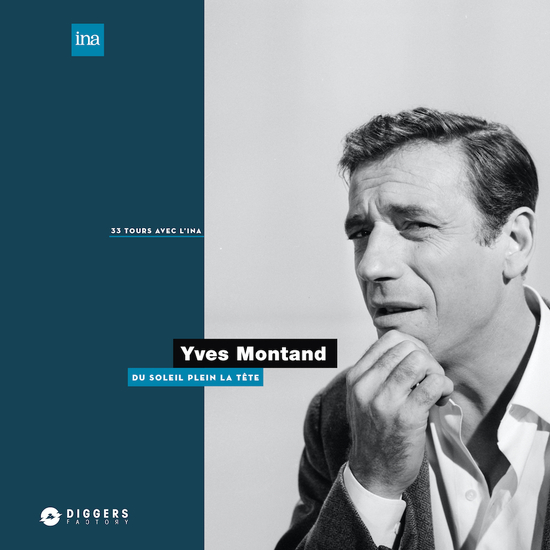 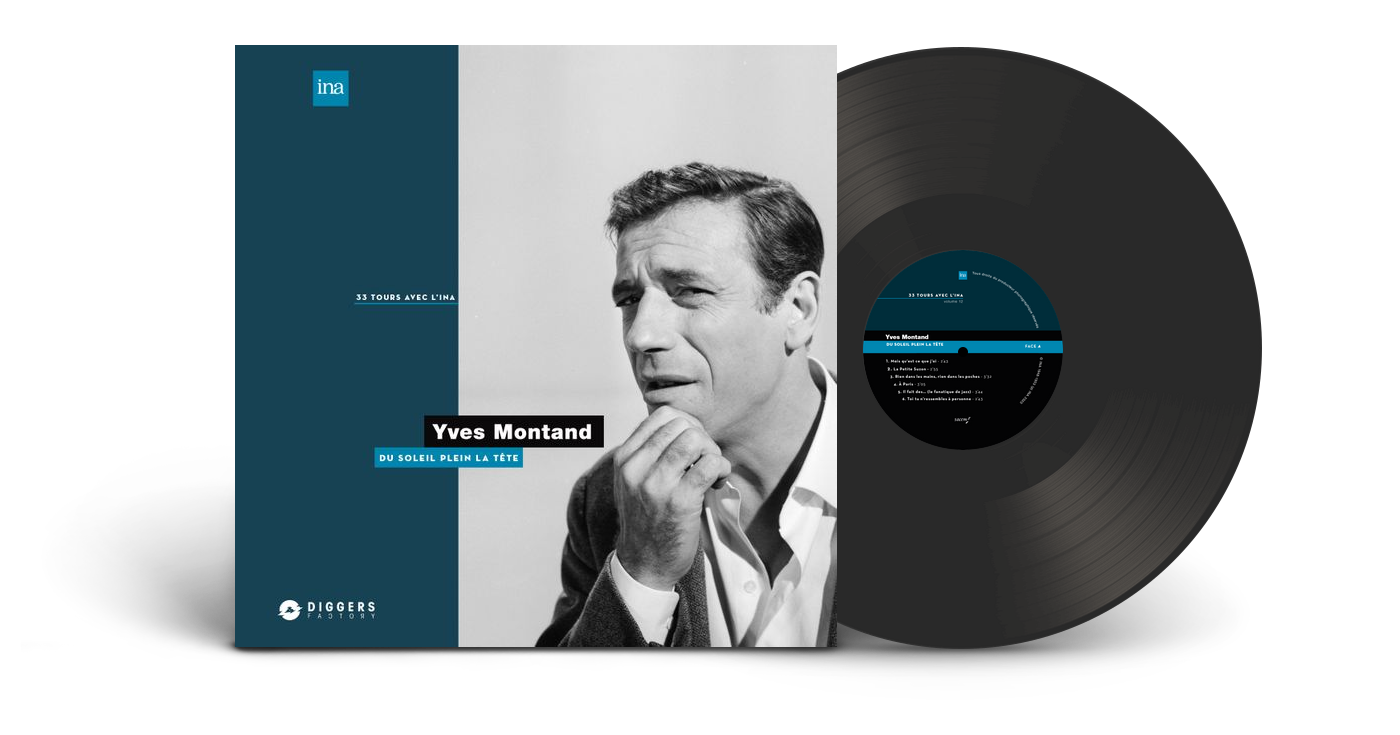 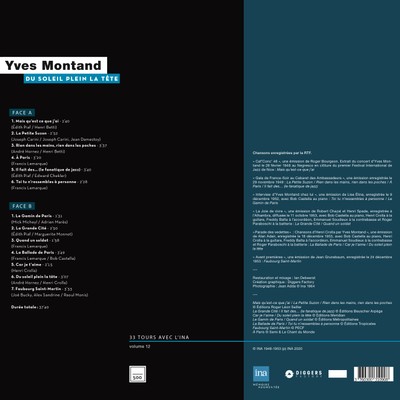 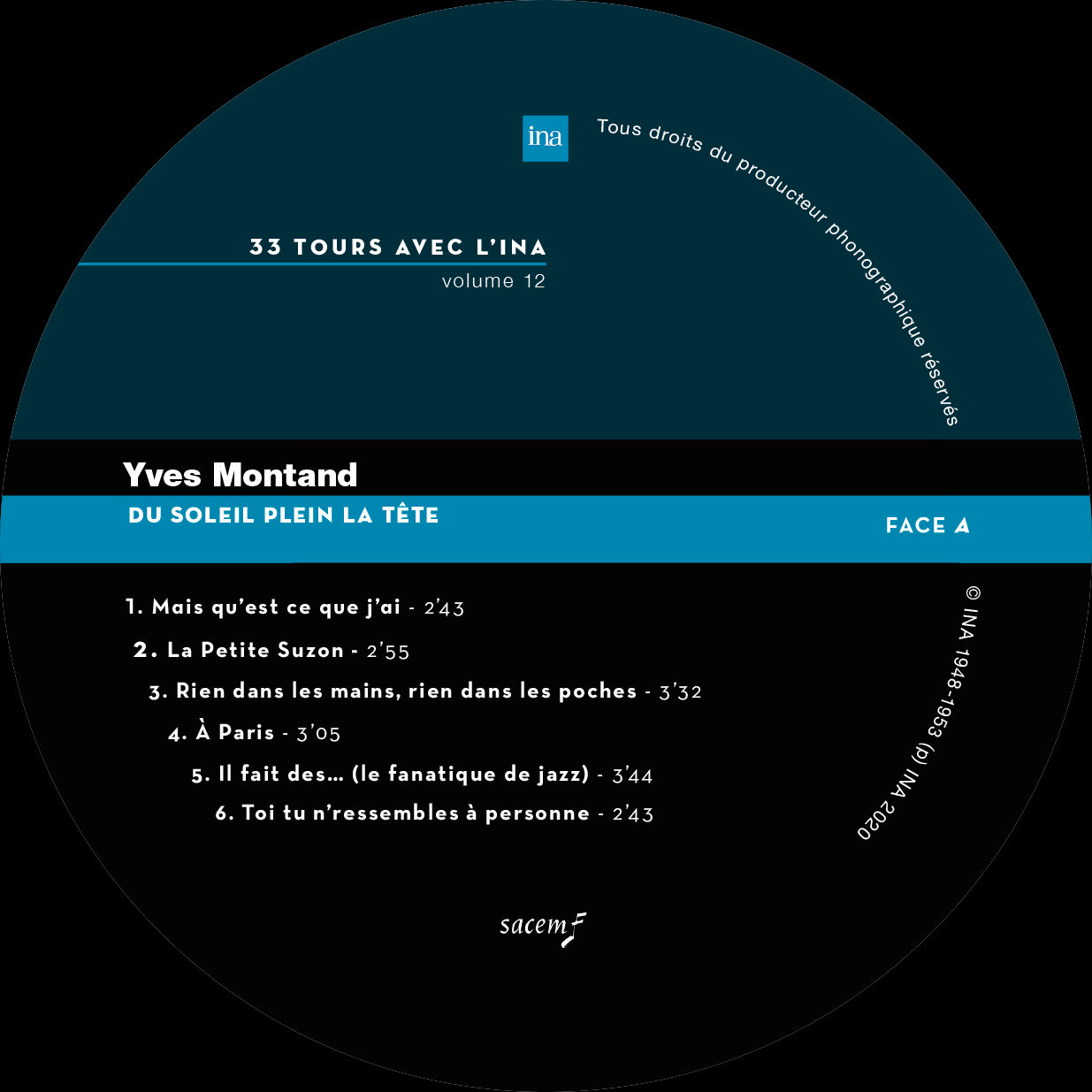 These 13 songs, performed between 1948 and 1953, in concert or on the radio, sum up a pivotal period in Yves Montand’s career – that of definitively acclaiming the status of a big star – and all that makes the peculiarity of his style and his repertoire. Paris is evident there in the sound – joyful, in love, sometimes dramatic. Three of these songs are written by Édith Piaf, and others by those who would become long-term companions: Francis Lemarque, Henri Crolla, Bob Castella. Light songs, the swing on the shoulder strap. And the first politically engaged songs appear here: La Grande Cité, or Quand Un Soldat, censored for anti-militarism.

Yves Montand with “Du Soleil Plein La Tête” has a smile in his voice, but without naivety – his eyes already open to the world. 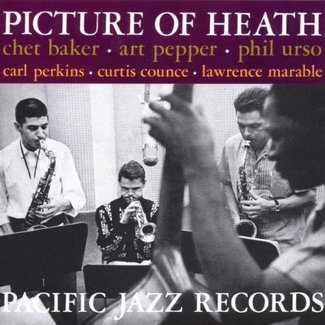 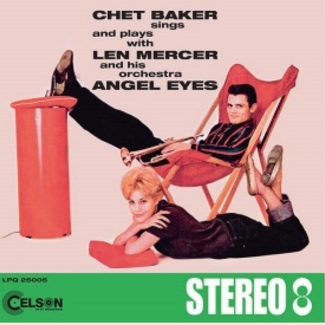