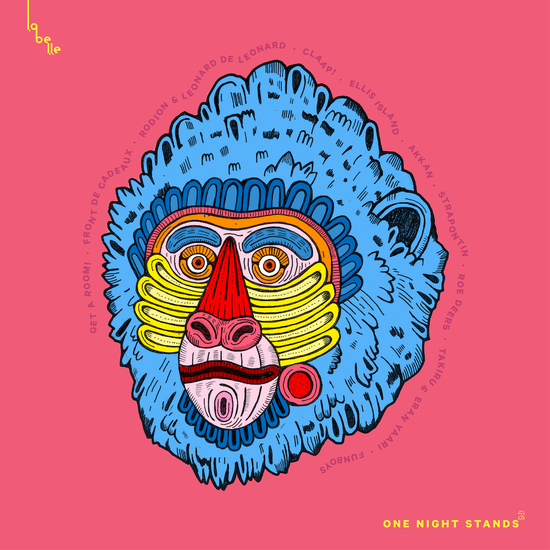 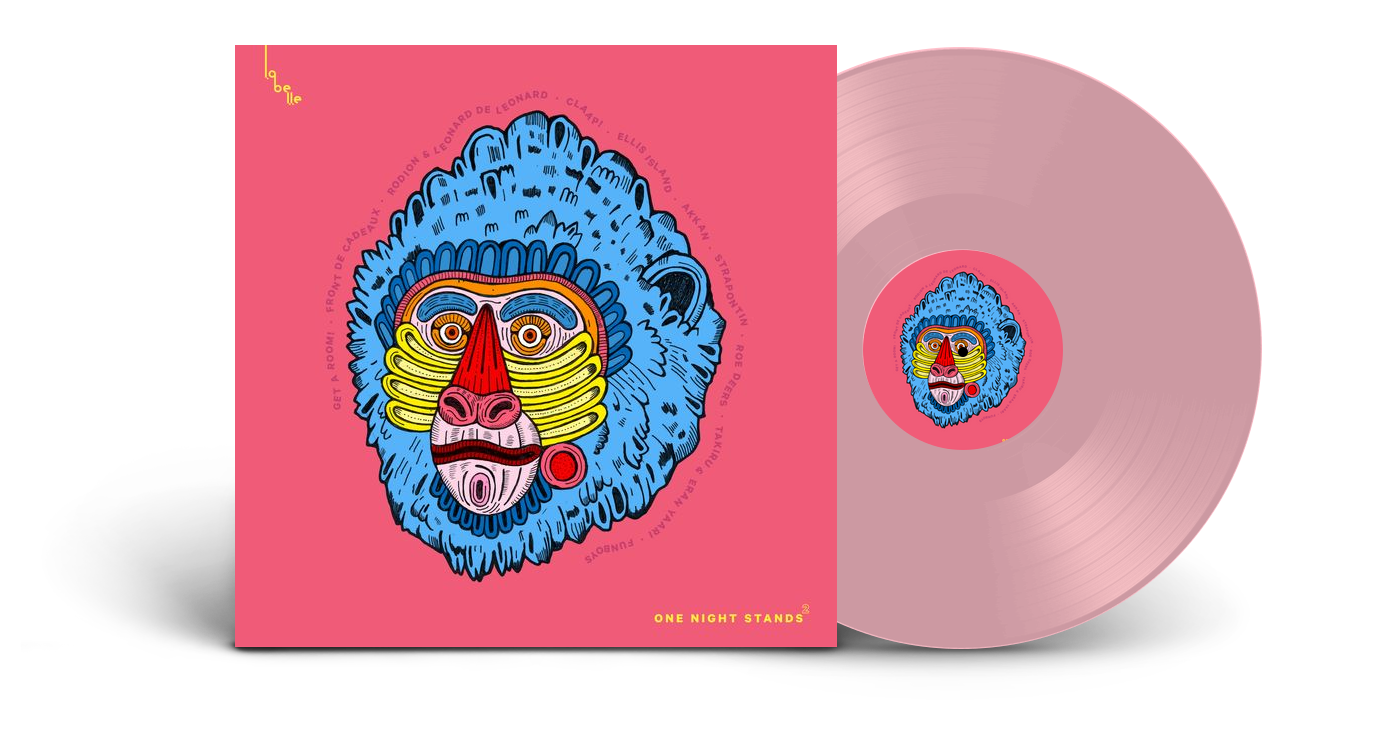 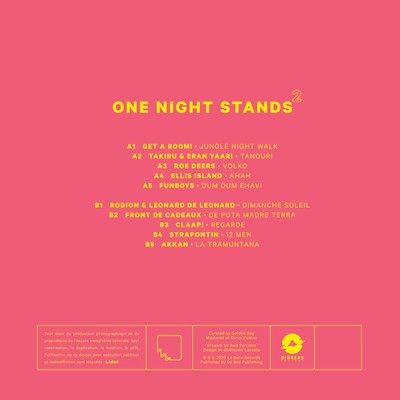 Almost 10 years already… Just a short moment away from its tenth anniversary, the cutting-edge Label La Belle Records unveils the second part of its One Night Stands collection.

If the first part portrayed very warm, tropical tones, this second opus feels more like the end of a party or the morning after, with a selection of tracks at a crossroad between slo-mo, synth-pop, lo-fi, ethnic groove, and nu-disco like few others have done before.

This is something you’ve never heard before! All thanks to the insatiable digging from the master curator and co-founder of the label, Antoine Harispuru aka Golden Bug.

From Rome to Bruxelles via Paris and Vilnius, this second edition hits hard with names like Get A Room!, Rodion, Ellis Island (a world collaboration between the Italians Bawrut and Hot Spell), Rodion, Front de Cadeaux, Claap! and some other electronic gems.

You can find it on vinyl, in very limited / numbered pink edition.