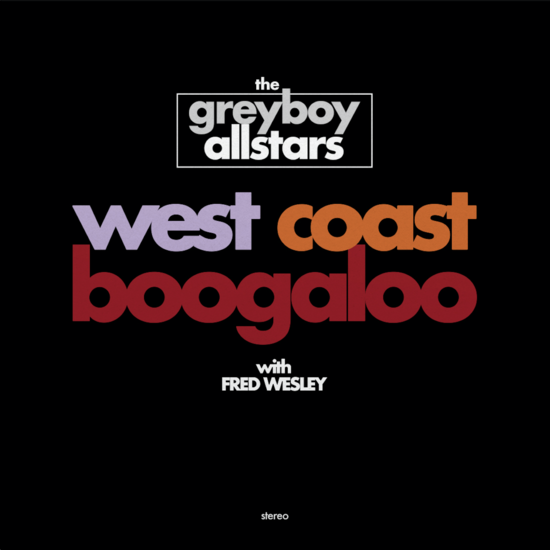 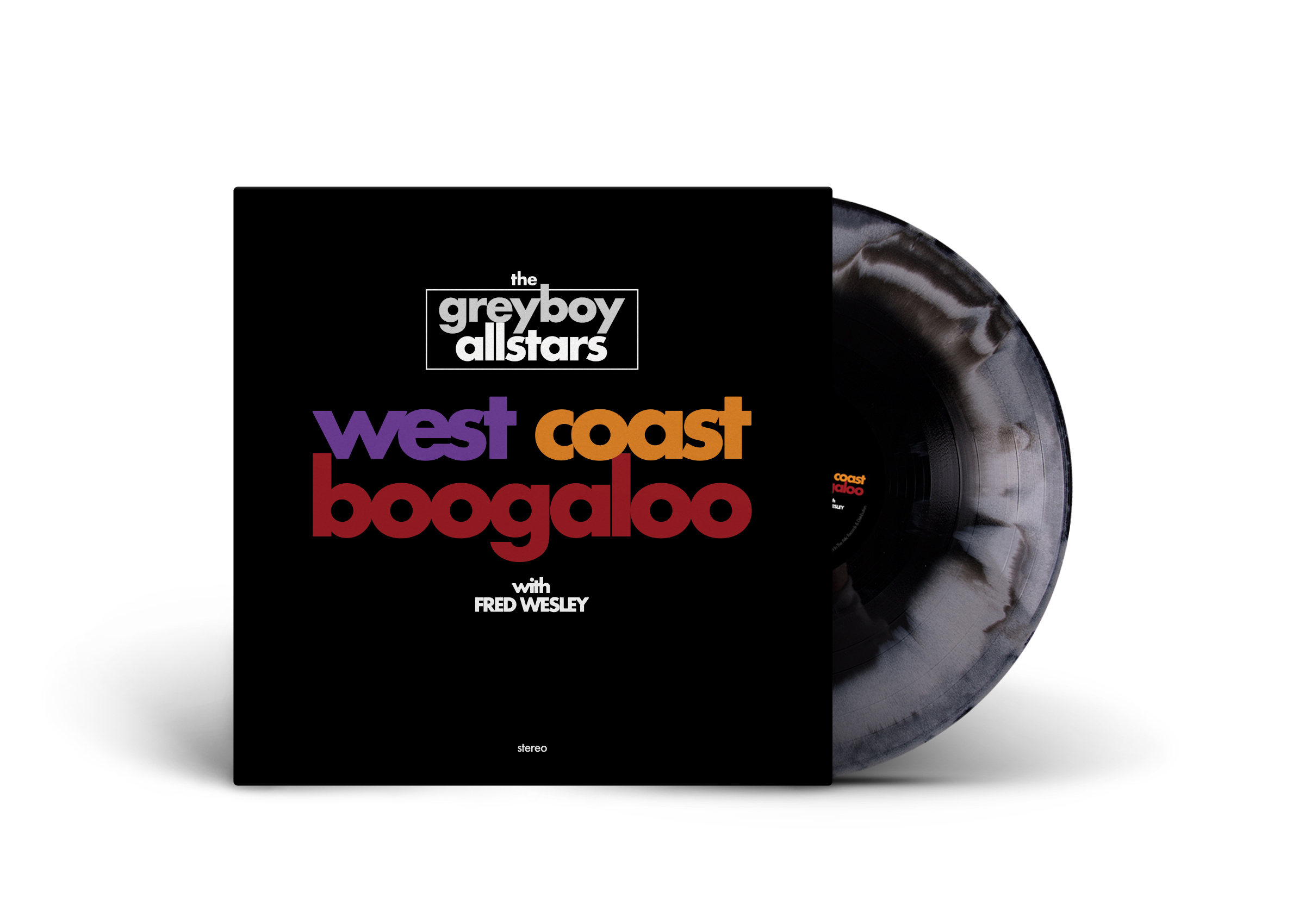 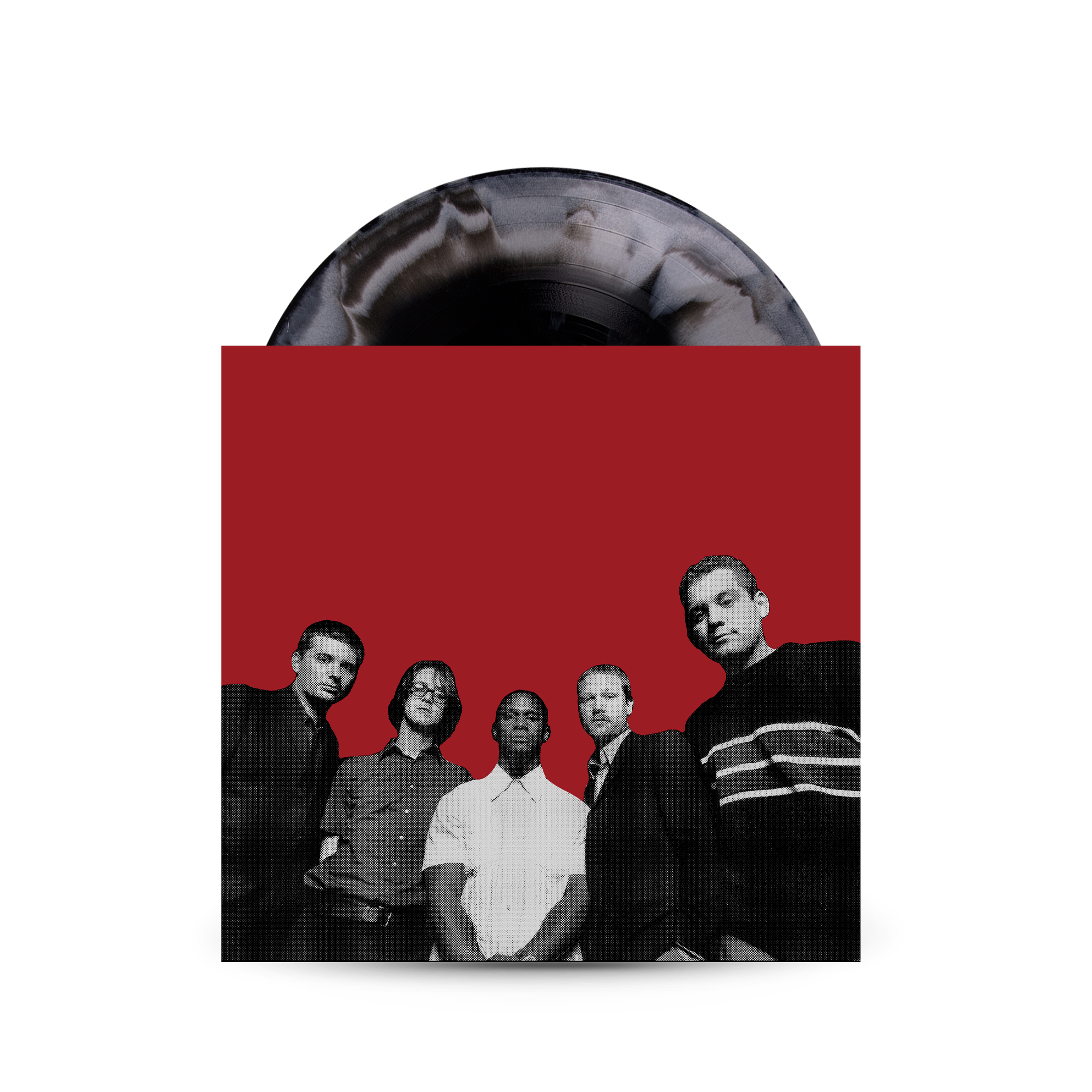 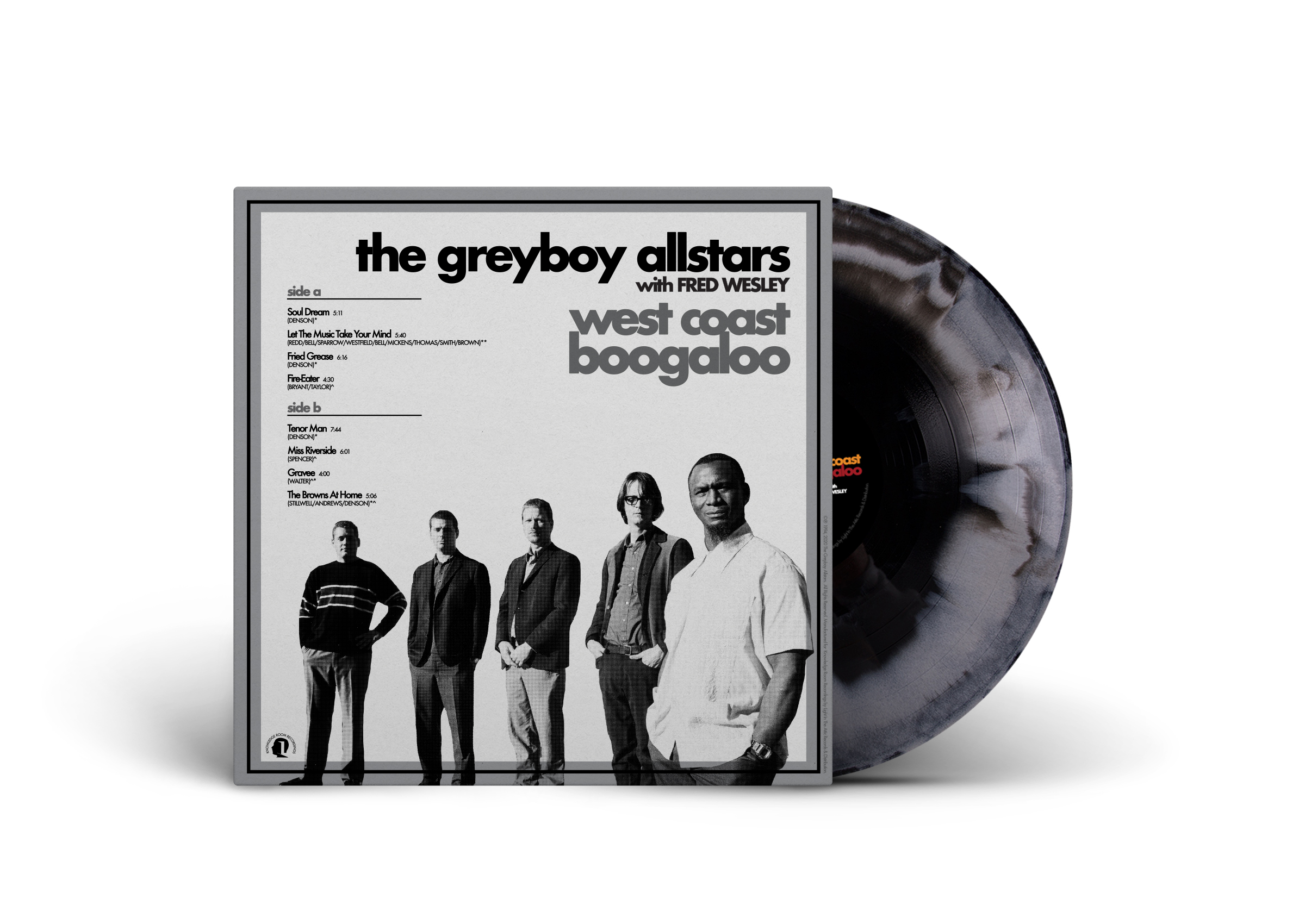 The band’s revelatory and electrifying debut LP, recorded in a single blistering session with J.B.’s trombonist Fred Wesley. This 2020 West Coast Boogaloo remastered is pressed on Grey Swirl colored vinyl, available for the first time on vinyl since 1994.

When The Greyboy Allstars convened in 1994, the legendary California jazz-funk revivalists flaunted the carefree essence of their collective youth. Their fabled residency at San Diego’s Green Circle Bar spiraled into a series of concerts that stretched toward dawn, as they triangulated their take on the revolutionary funk of Grant Green and Idris Muhammad, Leon Spencer and, of course, James Brown’s infamous J.B.’s. In subsequent years, they played hundreds of shows, becoming a tireless party syndicate that delivered a new brand of spirited instrumental exploration.

When The Greyboy Allstars self-released West Coast Boogaloo in 1994, its eight tunes felt both anachronistic and urgent. This was the golden era of hip-hop crate diggers, after all, with DJs plundering rare groove records to shape the perfect beat. Here was a band who had dug into those same crates and returned with anthems of their own.

They floss their old-school knowledge with dope versions of Rusty Bryant’s classic “Fire Eater,” Leon Spencer’s “Miss Riverside,” and Kool & The Gang’s “Let The Music Take Your Mind,” inspired by Grant Green’s cover of the same cut. They are no slouches with the pen, as the orginals are as dope, if not doper, than the covers. Standouts are the soulful acid-jazzy “Soul Dream,” the brisk, Tower of Power-esque “Fried Grease,” and the angular groover “Gravee” all featuring guest shots from the legendary Fred Wesley. 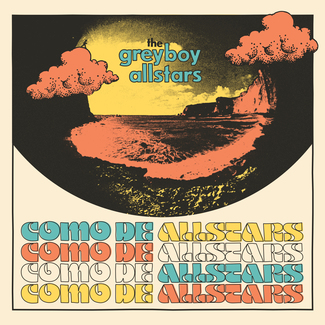