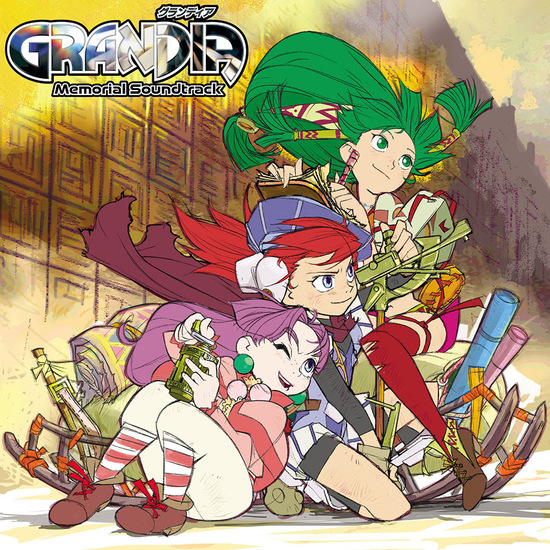 In partnership with Game Arts, Wayô Records is proud to add a Japanese RPG masterpiece to its catalog with the Grandia original soundtrack composed and arranged by Noriyuki Iwadare! Acclaimed title on the SEGA’s Saturn released in Japan in 1997, Grandia reaches the West for a release on the Sony’s PlayStation in 1999, and has a HD remaster in 2019 on Nintendo Switch and PC.

The Grandia Complete Soundtrack includes the full Grandia Original Soundtrack and the arranged album ‘Vent’ on a total of 5 CD, presented within a deluxe package featuring a brand new piece of artwork made especially for this edition by Toshiaki Hontani, who worked as the co-director and animator on Grandia.