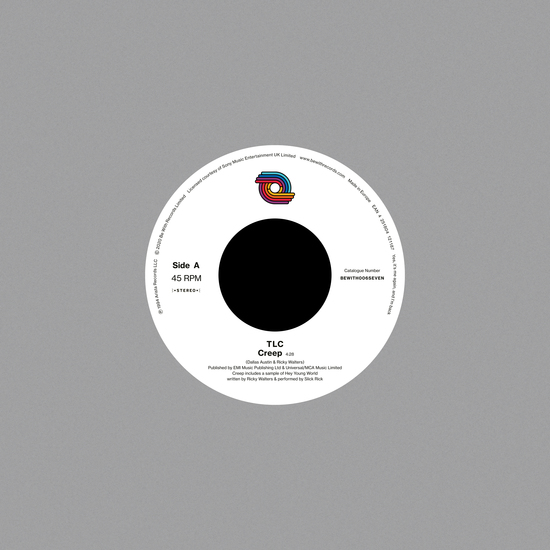 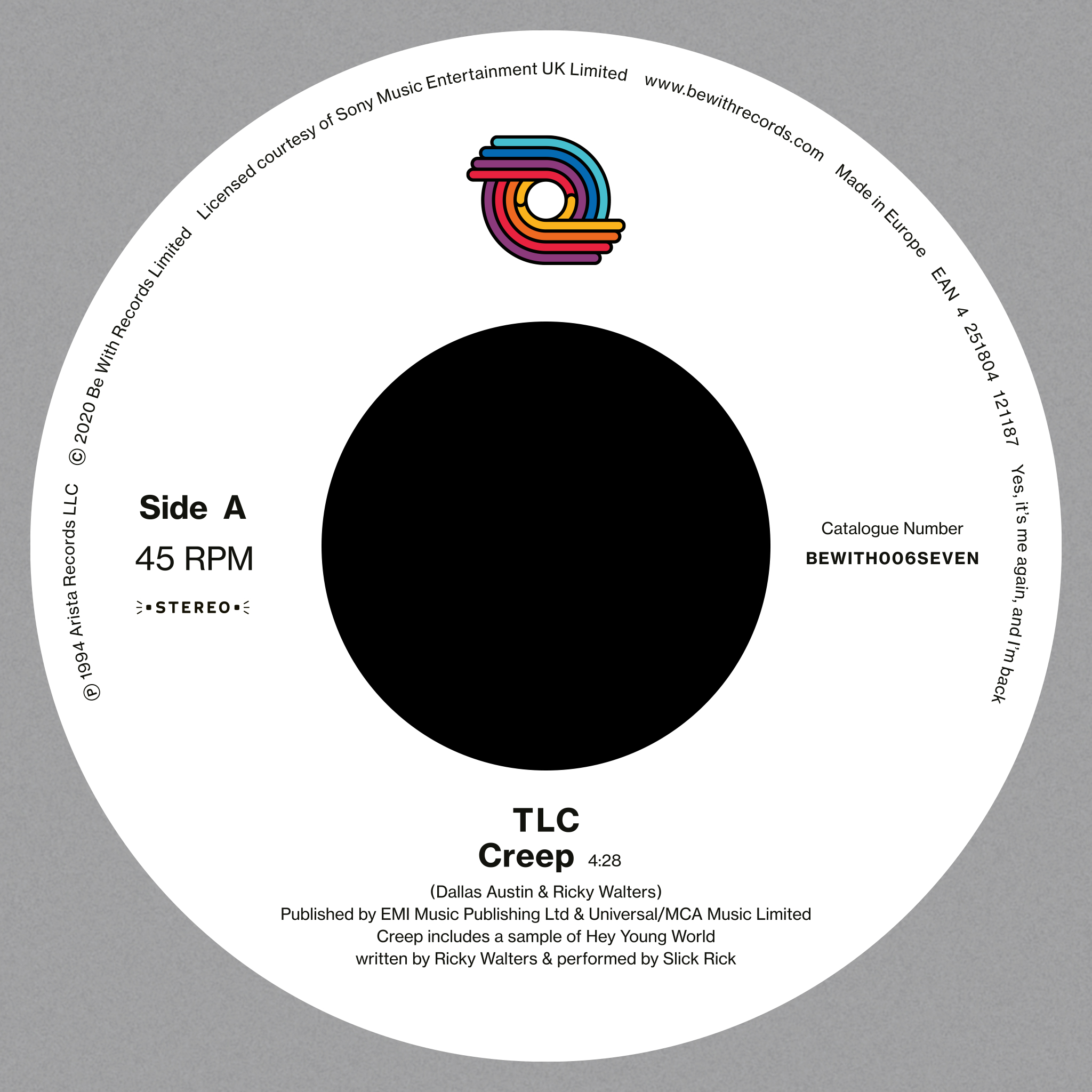 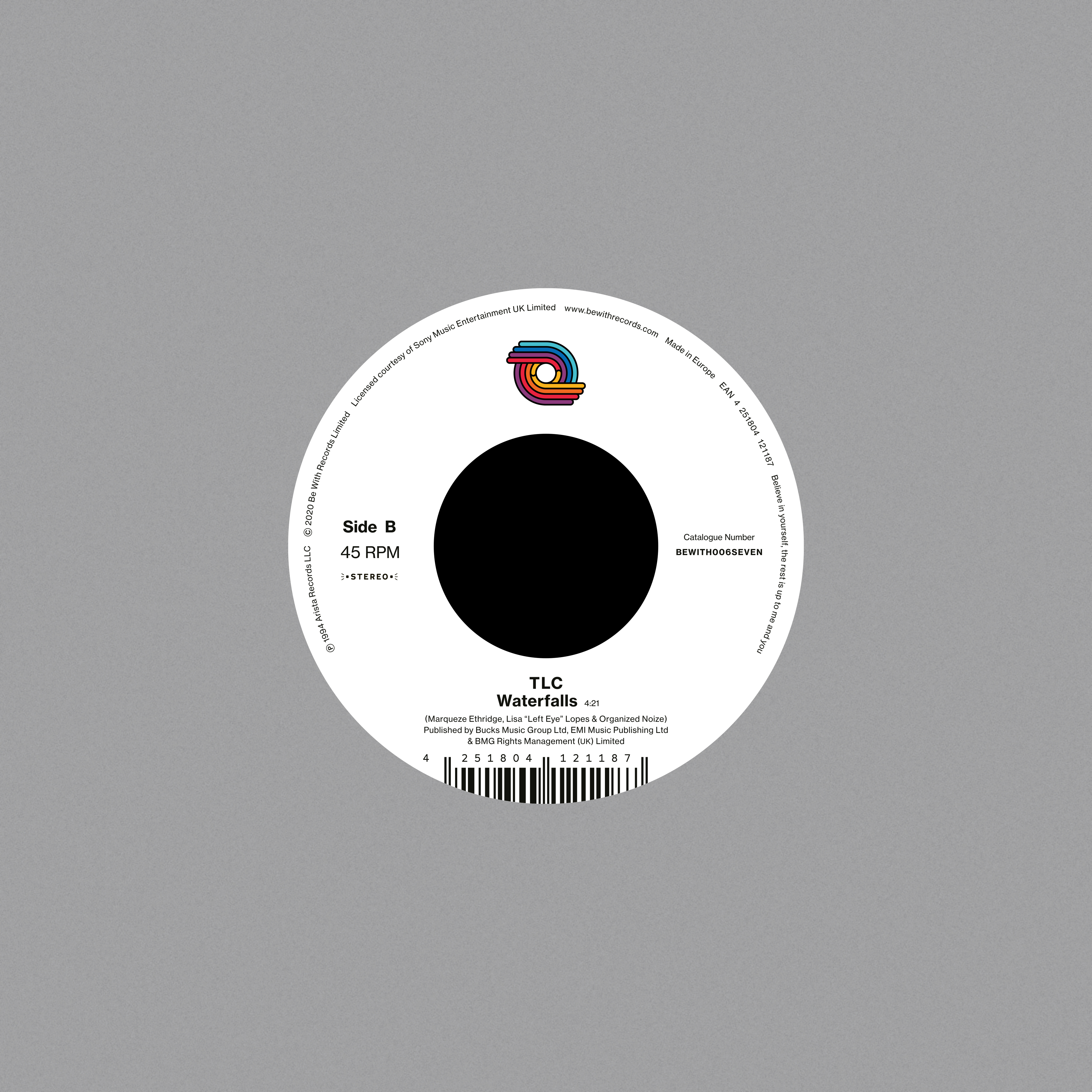 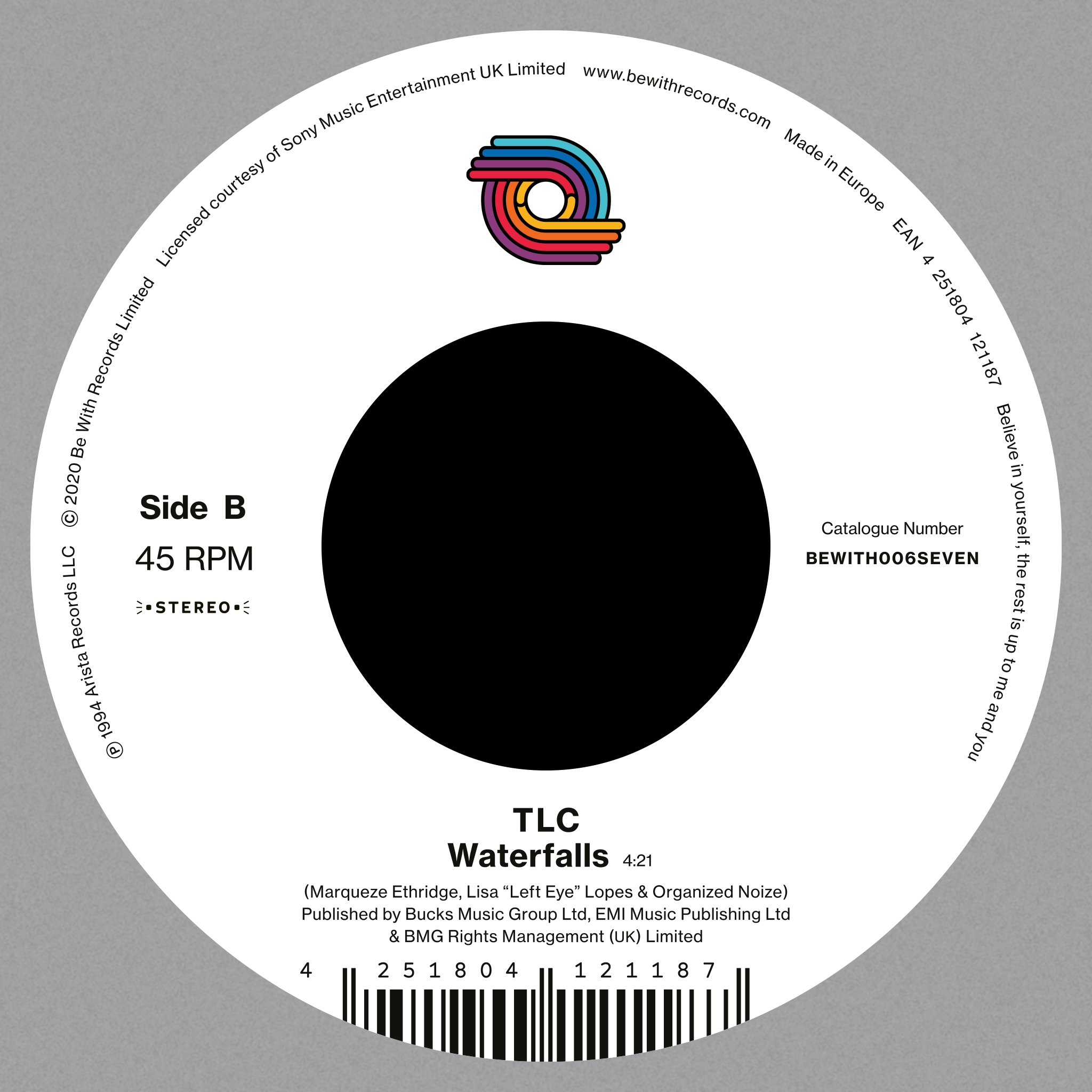 TLC’s “Creep” and “Waterfalls” are both stone cold killers from the golden age of American R&B. Here they are again, back to back on a jukebox 7", just as they appeared back in 1996. Name a more iconic duo.

As far as Be With is concerned, the mid-90s remains a high point for this supreme musical expression, and these two tunes from T-Boz, Left-Eye and Chilli sit pretty much at the summit. A pair of canonical guaranteed party starters if ever we heard them.

The achingly cool funk of “Creep” was the lead single from TLC’s second album CrazySexyCool. Released in 1994 it was the R&B trio’s first worldwide smash, and hit number one on Billboard’s Hot 100. This is a sophisticated head-nod gem. A breezy horn refrain, speaker smashing beats and the Slick Rick samples blend sumptuously with the defiant lyrics to create an eternal sun-drenched classic.

Written from inside the head of a woman who’s cheating on her shitbag boyfriend just to feel wanted, Dallas Austin penned the lyrics for “Creep” after talking with lead singer, T-Boz. “Unfortunately, that was one of my true stories,” T-Boz said in 2015. “You’re with a guy and he’s not showing you attention, so another guy comes along and you’re like, ‘Hey, if you were where you were supposed to be, he couldn’t be showing me attention right now!’”

On the flip, “Waterfalls”, also off CrazySexyCool, was no mere follow-up single. This was TLC’s version of alternative music, a song with a strong message: “the idea that pursuing anything that’s self-destructive, that’s chasing a waterfall”. To the three of them, this meant “unprotected sex, being promiscuous, and hanging out in the wrong crowd”. The message hits home hard, now as much as ever, and it’s probably why “Waterfalls” remains their biggest track. But the mighty Organized Noize also deserve some credit. They produced “Waterfalls” after working with Outkast and Goodie Mob and brought along that same in-the-pocket funk, that soulful sound that was their signature.

It’s maybe easy to forget now, 25 years on, but the track was regarded as groundbreaking when it was released in 1995. Musically, the future-retro sound appealed to deep heads across the board, turning TLC into the mainstream R&B group it was hip for the indie cognoscenti to reference, and those bracing lyrics moved them beyond “just a fun girl group”. From then on, TLC were seen as the real deal.

Remastered for this vinyl reissue (that turntable crackle is pure, authentic 90s sampling), we’re delighted to present this essential double-sider as a dinked 7" perfect for every record bag.