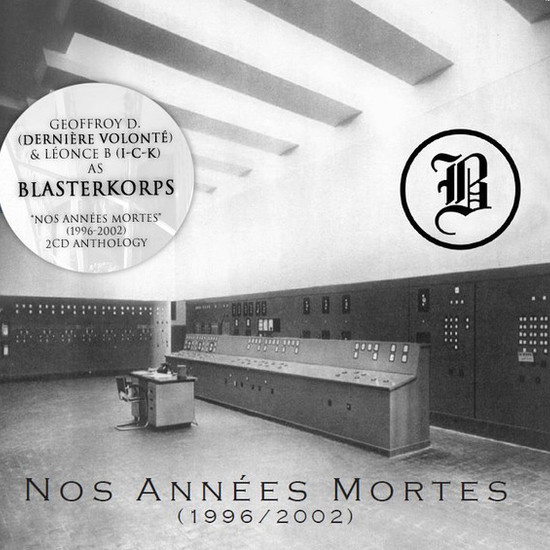 In its brief existence, Blasterkorps was a duo whose sole purpose was to make “minimal wave industrial” with basic objects. We played in the strictest of anonymity for five years, between 1997 and 2002. We split the band up after every session, Blasterkorps never really existed. During this time of uncertainty, we painstakingly came out with three release, one on tape, four tracks on an 7" EP and finally six tracks on an 10" LP. We’ve never given an interview nor played a single concert, there are few pictures of us and yet we were there…an invisible band. In its last year of its existence the monster was almost saved, all in vain as the die had been cast, at least I think so… this is our story, or at least what is left of it.