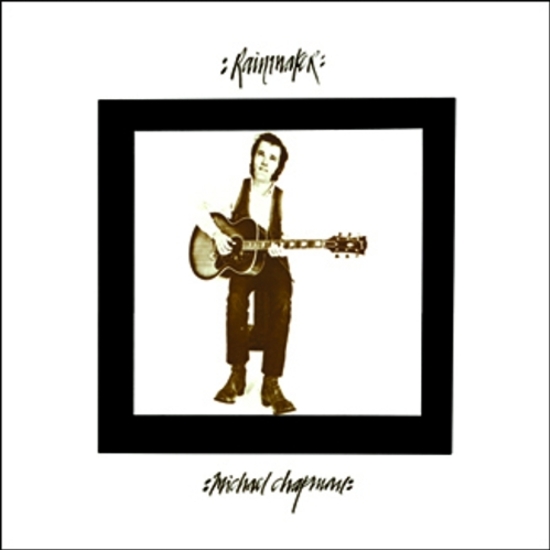 On the heels of last year’s reissue of Michael Chapman’s 1970 classic album Fully Qualified Survivor (LITA 060), comes his 1969 debut Rainmaker (originally released on the seminal Harvest label).
Like the ‘FQS’ album, Rainmaker is a psychedelic-guitar-folk delight. The album kicks off with one of Chapman’s best known songs “It Didn’t Work Out” – which features a stellar cast of legendary English musicians of the era; Guitarist “Clem” Clempson was in the prog-band Bakerloo (soon after playing with Chapman he’d join jazz-rockers Colosseum and then Humble Pie) Drummer Aynsley Dunbar (his resume includes John Mayall, Eric Burdon, David Bowie, Frank Zappa and Lou Reed), bassist Alex Dmochowski (long time Dunbar comrade) were both in Dunbar’s Retaliation. Organ player Norman Haines was in Locomotive (another obscure, but legendary progressive English band of the day).

A true stylist in his own right, Chapman holds a middle line between John Martyn and Bert Jansch with the provocative electric rock of Martyn juxtaposed against the traditional folk so wonderfully espoused by Jansch. Another highlight is Chapman’s lyrical/vocal style, which would appeal to fans of Roy Harper. Along for the ride on other songs are acoustic bassist Danny Thompson (Pentangle, John Martyn, Nick Drake) and electric bass player Rick Kemp (later to join Steeleye Span). All of the proceedings were produced by Gus Dudgeon who also did Chapman’s “FQS” album as well as David Bowie’s “Space Oddity” single – and a ton of the early work of Elton John.

We’ve reproduced the gatefold jacket in its exact original form (including a deluxe Stoughton-“tip-on” jacket), while the CD version includes 6 rare bonus tracks from the Rainmaker sessions, including 3 previously unreleased songs never heard else-where! And if that wasn’t enough, journalist Byron Coley penned 5,000 words of new liner notes taken from a fresh Chapman interview detailing the recording sessions. All packaged with many unseen photos of the era.