Til The Medicine Takes 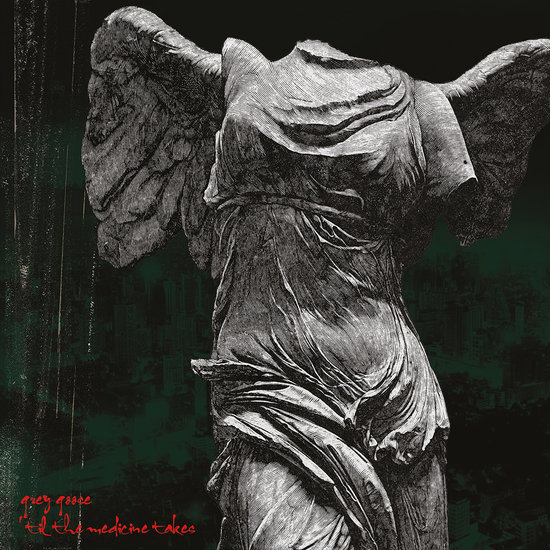 til the medicine takes

GREY GOOSE, partly comprised of former members of punk legends Radon and melodic hardcore favorites As Friends Rust, as well as current members of the incredible Hot Water Music side-project Cro(w)s, delivers an uncompromising amalgam of gut-wrenching agony, spirited urgency and haunting melody, all subtly blanketed in strange, familiar sadness. This is punk rock, for lack of appropriate terminology, but not the kind that sends you toppling police cars in the streets. This band doesn’t bother with trite social commentary or self-righteous dogma. It is angry, but reflective – down, but not out. GREY GOOSE’s vocalist Kaleb Stewart, also the songwriter and guitarist, founded the band in 2001, in order to properly execute the dark assault that could not be sufficiently translated through solo performance. Accompanied by drummer Bill Clower, bassist Sean Atwater and guitarist Dorian Hargrove, a unique, driving backdrop is drawn, and GREY GOOSE’s eerie message is truly understood. Hailing from Gainesville, Florida (like its members’ former outfits), GREY GOOSE has shared the stage with bands spanning the underground spectrum, from Against Me! and Gunmoll to Holopaw and Maritime, and has recorded several times with Rob McGregor at Goldentone Studio and James Paul Wisner at Wisner Productions. GREY GOOSE’s most recent recording, a full-length album entitled ‘Til The Medicine Takes is slated for release in february 2005 on Sounds of Subterrania. Relentless touring will ensue in support of the album, both domestically and abroad.