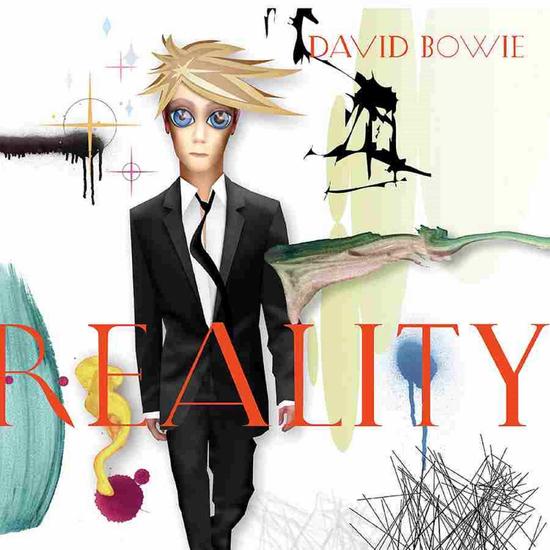 David Bowie continues to be a gift to rock music fans everywhere. There will never be another David Bowie, an artistic genius who enthralled generations of aspiring musicians and music lovers the world over with the many fine recordings and concert tours he created seamlessly for many years.

Celebrating his artistry since the mid 60’s, this English native initially captivated millions of kids in 1972 with his Ziggy Stardust persona. He drove the rockers mad with his stellar concerts and dynamic presence on the stage. As David moved on and started venturing into other fields of music, film and art, he soon emerged as one of the early founders of alternative and ambient music with albums like “Low” and “Heroes.”

At the turn of the millennium, Bowie scored a new legion of fans with more harder edged recordings like his 2003 masterwork “Reality.” “Reality” kicks things off with the hard rock sound of “New Killer Star.” This radio and fan favorite graced alternative and rock radio stations and helped bolster even further the rest of the Lp with follow up hits like “Never Grow Old” and “Bring Me The Disco King” featuring longtime Bowie guitarists Earl Slick and Carlos Alomar, and stellar revisits of George Harrison’s “Try Some, Buy Some” and The Modern Lovers punk classic “Pablo Picasso.”

All in all, a truly remarkable album which continues to pave the way for a whole new level of fans as David Bowie enthusiasts consider this to be one of his greatest albums.

Friday Music is no stranger to the music of the legendary David Bowie, as we’ve been releasing his fine recordings on our label for several years now. That is why we are so very pleased to announce another fine installment in The David Bowie/Friday Music 180 Gram Audiophile Vinyl Series with his legendary masterpiece Reality.

Mastered impeccably by Joe Reagoso (David Bowie) at Capitol Studios and Friday Music, we celebrate David Bowie’s “Reality” for the first time ever on super limited edition Radiant Yellow 180 Gram Audiophile Vinyl. We further enhance this limited edition masterwork with a striking tri-fold cover featuring the original artwork design and illustrations, as well as being pressed by R.T.I.