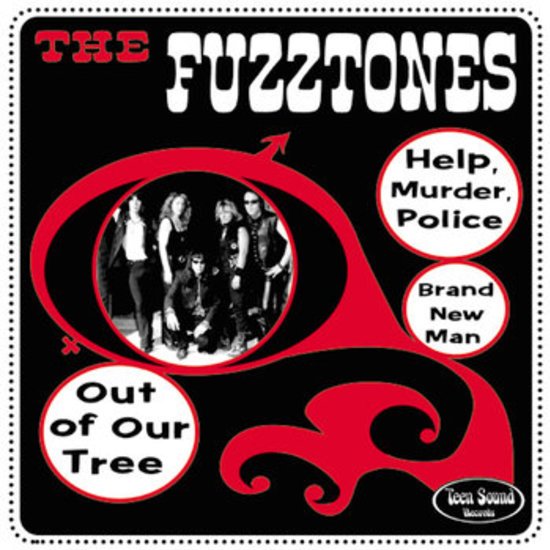 2009 reissue of 2001 sold out Ep/ 7” featuring 3 tracks recorded in Rome at Delta Studio during The Fuzztones tour that year. Produced by Massimo del Pozzo who also designed the artwork.

The EP includes a different version of The Fuzztones’s classic Brand New Man, along with a real cool cover of Northwest heroes The Wailers’s classic Fuzz-anthem Out Of Our Tree
on one side. Flip the wax and you’ll hear Texas Garage pride The Thursday’s Children’s Help, Murder, Police, the coolest rendition ever!

This rare line up included B-sides Rudi Protrudi on lead vocals and guitar, Deb O’Nair on Farfisa Organ, Phil Arriagada on Phantom Guitar, Gabe Hammond on Phantom Bass and and lastly the mighty Amdrea Kusten (of Outta Place’s fame) on loud drums. This rare EP displays on its back previously unseen pictures of the band taken while visiting Verona in June 2001.