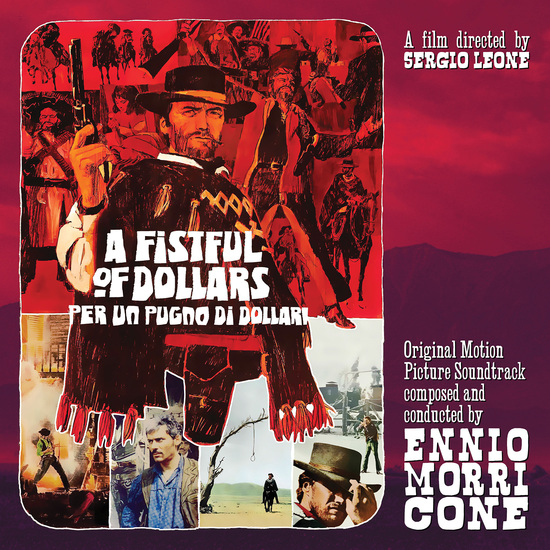 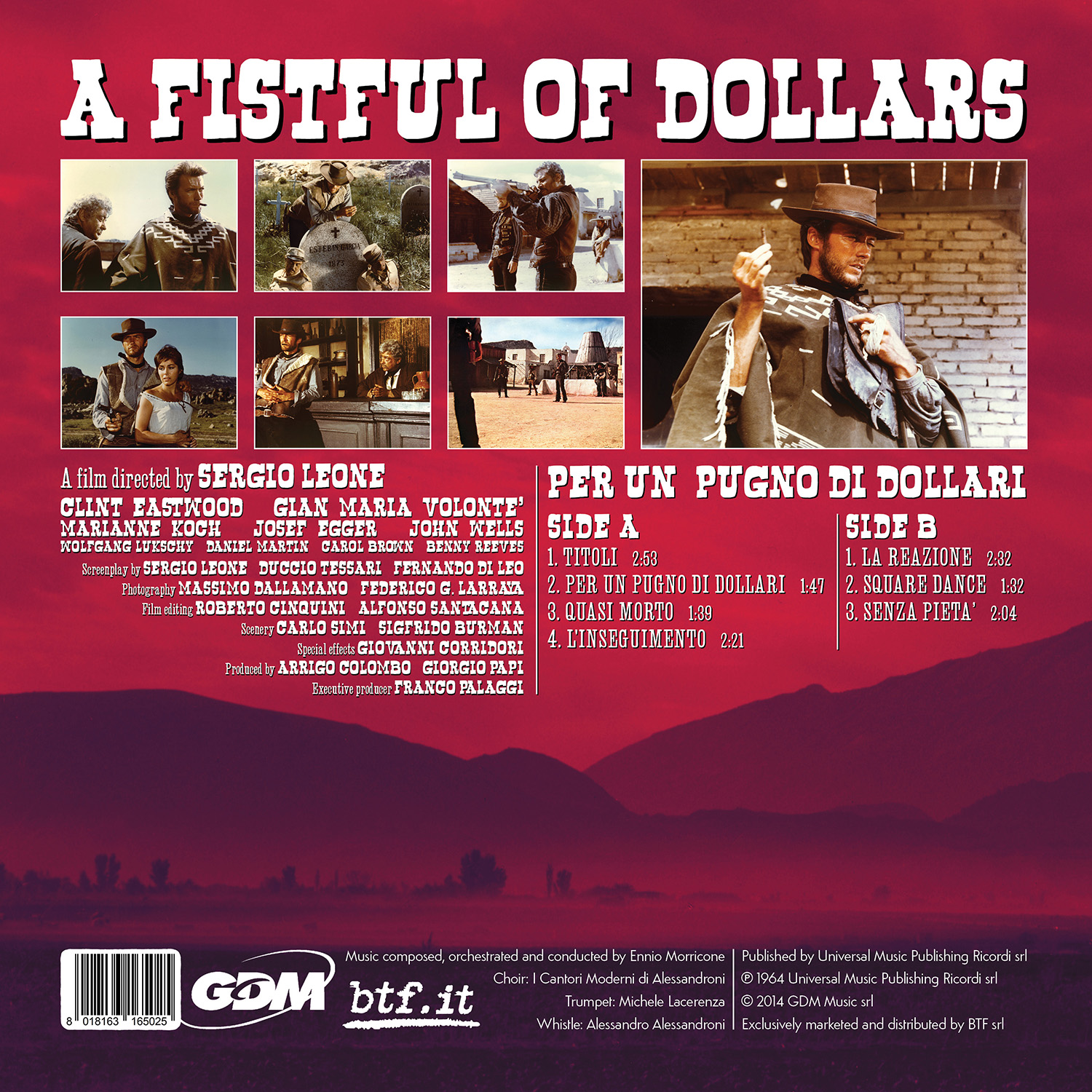 Year 1964. Almost out of nowhere, the little-known and regarded director Sergio Leone transposes into a western key a film by Akira Kurosawa, and by putting together all the right pieces, adding a bit of intuition, lays down new rules for the ‘spaghetti western’ genre, giving way to an endless series of imitations.

“A Fistful of Dollars” would not have the same impact without the inimitable music written by Ennio Morricone, who had curiously been an old elementary school Leone’s classmate. The main soundtrack themes were chosen from two arrangements that Morricone had already drafted two years earlier; once removed the lyrics and added the unmistakable whistle of Alessandro Alessandroni, the spaghetti-sound was finally complete!

The film was an incredible success, and projected Leone, Morricone, and in particular the actor Clint Eastwood into the Olympus of the Great. The soundtrack was released for the first time the following year (1965), along with the one of Sergio Leone’s subsequent work “For a Few Dollars More”.