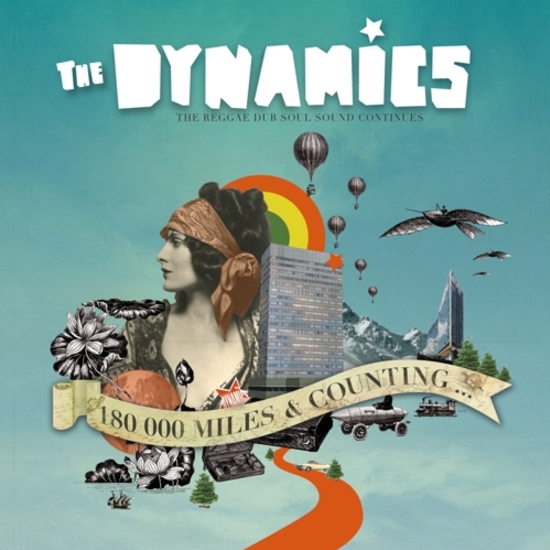 Since their first release ‘Steve McQueen’, released in 2003 on 7inch under the name ‘Patchworks’, The Dynamics have had a fascination for the effect that American Soul had on Jamaican music. Their unique sound retraces the routes weaving Dub, Soul, and Reggae, allying root sounds with modern production. The sound is deep, characterized by rich vocals and a tight live show.

Today, The Dynamics present their 2nd long-player called “180 000 Miles & Counting”. Without Patchworks, their longtime friend and original member, they brilliantly provide an album which can be described as more personal, adventurous, varied, loyal to their love of Soul, Reggae, and Dub… all the while toying with Afro-beat and Zydeco. From “Shibuya Crossing”, evoking their time in Japan, to other titles like “Do the Dance”, “Downtown Barking”, or “International Soul” paying homage to the characters met during and after their numerous concerts, most of the album has been naturally written as the travel book of their great live adventures. “Bring Me Up”, “Show Me”, and “I Know She Cares” bear witness to more intimate stories of lovers accepting the consequences… And in this morose economic climate, they poke fun at human behavior faced with the power of greed with the cover of the O’Jays’ classic, ’Money".

With this rich and genuine sophomore effort, The Dynamics are ready to continue their journey, and share with the public their new live show. “180.000 Miles & Counting” will be released by Favorite Recordings in September… Stay tuned!!