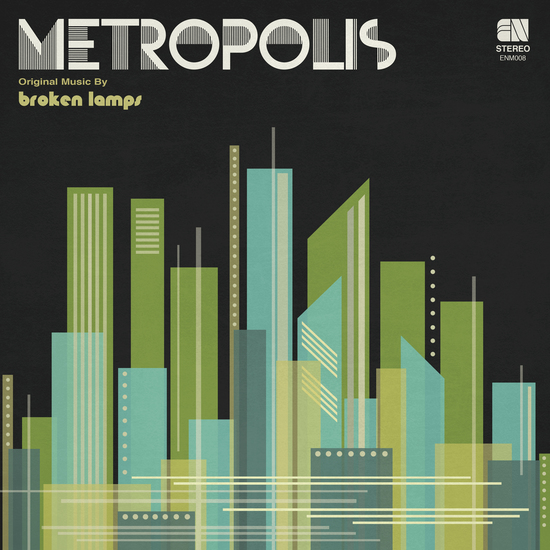 Introducing Eric Bowr’s third installment to the Broken Lamps music catalog. Like its predecessor Kaleidoscope, Metropolis continues its journey through 70s production music by experimenting with sounds reminiscent to British music libraries like KPM, Chappell and De Wolfe. While maintaining a feel for retro urban counterculture, the album weaves its way through various film genres like Crime Drama, Eurospy,Exploitation and more! By combining bass driven rhythms and funk horns with organ fueled 60s surf tones, Metropolis transports you to the “odd corners” of a vintage film set with an atmosphere soaked in nostalgia. Consider this record to be the soundtrack to your next need-to-know-only mission or late night rendezvous. Brought to you on 180 gram vinyl by Electric Nerve Music in association with Two Headed Dog.