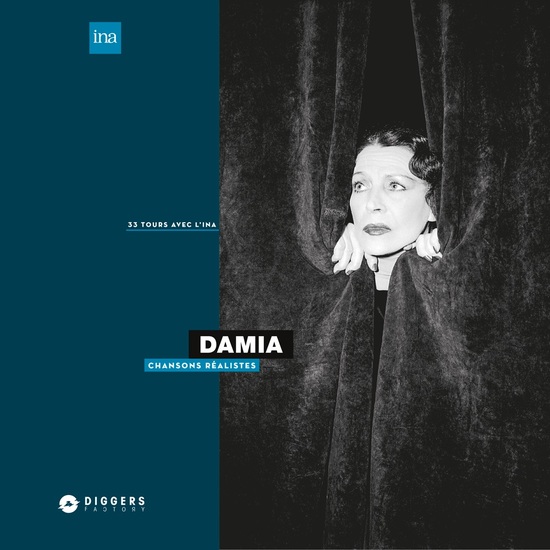 Listen, will you? The girl with the black dress and a scarf around her neck is going to sing her story.

Long before Edith Piaf put on her stage costume, another great “Lady in black” thrilled the crowds: Damia. Nicknamed the “Tragédienne de la chanson”, she was an outstanding protagonist of the 1930s, a figure from the lesbian scene of the interwar period. Embodying the so-called realistic song, Damia was uncompromising. Her songs explore the subjects of jealousy, sailors wandering forever, of grey walls, of popular Paris and, obviously, of love.

These radio recordings (1941 to 1956) are a real immersion into her repertoire, offering us her great hits (Les Gorélands, Sombre dimanche, La Mauvaise Prière…) and rarer songs, four of which she never recorded on disc: Y’avait toi (which had been sung by Lucienne Delyle) as well as Paraît que j’ai rien dans la tête, Le Voyage immobile and L’aiguille du phono, songs that, according to us, has never been published before.