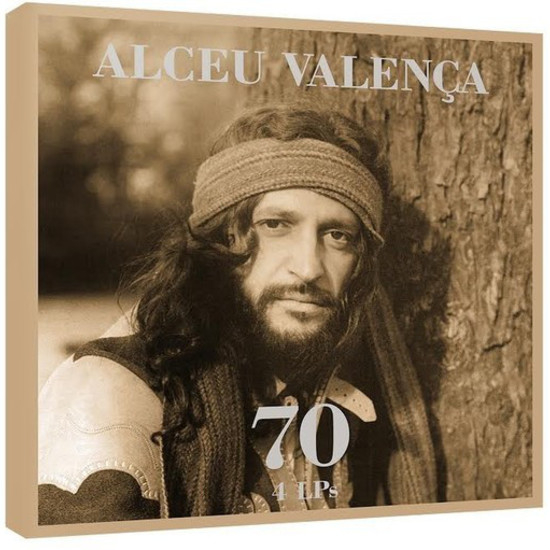 Celebrating his 70 years of age, Alceu Valença has part of his career remembered in the Box that bears his name, launched this year by Polysom. It contains the first three albums of the national music idol , recorded in the 70s, “Molhado de Suor” (1974), “Vivo!” (1976) and “Espelho Cristalino” (1977). And yet, the box brings exclusively the very rare “Saudade de Pernambuco” (1979), recorded in 1979, during the self-exile of the singer and composer in France. All albums arrive on 180 gram vinyl , remastered from the originals.

“Molhado de Suor” is the first solo album by Alceu Valença, who had already presented his work in “Quadrafônico”, in partnership with Geraldo Azevedo, and as the main interpreter of the soundtrack of the film “A Noite do Espantalho”, by Sergio Ricardo . Produced by Eustáquio Sena, the disc features 11 tracks, including the bonus track, “Vou Danado pra Catende”.

Her next album, “Vivo!” , Was recorded live at Teatro Tereza Rachel during the show “Vou Danado pra Catende”. The album was produced by Guto Graça Mello and has eight tracks, among them “Sol e Chuva”, “Pontos Cardeais” and “O Casamento da Raposa com Rouxinol”. Zé Ramalho da Paraíba participates in the songs “Papagaio do Futuro” and “Edipiana Nº 1”.

In 1977, he released “Espelho Cristalino” , with eight songs, including “Agalopado” and “A Dança das Borboleta”. The arrangements are signed by Alceu and guitarist Paulo Rafael, with the participation of a choir formed by Elba Ramalho, Tania Alves, Marlui Miranda, Tinhazinha and Odaire.

Also in the box is the album “Saudade de Pernambuco” , recorded in Paris in 79. The album, which had only been released in Brazil as a gift from Jornal da Tarde, has 10 tracks, among them “Apoena”, “O Ovo e Galinha ” And“ Cana Caiana ”.