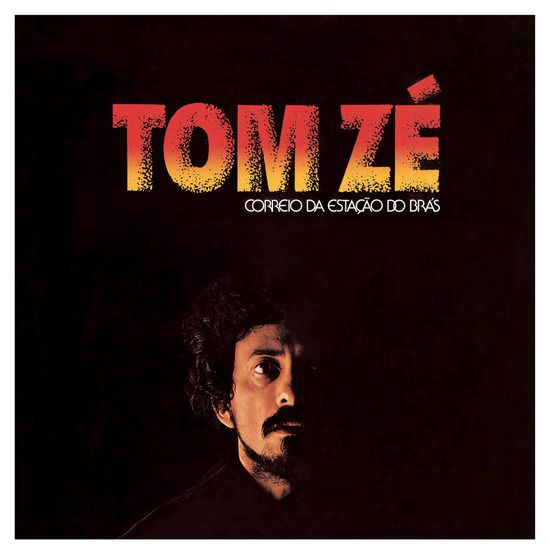 “A more fluid, low-key effort, with less of the challenging, music box melodies of his earlier efforts. This is a record which eases its way past your ears (and I mean that in a good way!) It’s not sappy or unchallenging, but it is a lot smoother and less overtly avant than the stuff David Byrne loves so much.” – slipcue.com

Tom Zé began his career together with Caetano Veloso, Gilberto Gil, Gal Costa, and Maria Bethânia. As a composer, he influenced Caetano and many others and delivered an expressive body of work through his own discography. A restless thinker, he was adept at modern erudite music experimentations, yet he was always ignored by both industry and audiences until he was discovered by David Byrne. He can be better understood through his self-coined definition: “I don’t make art, I make spoken and sung journalism.”

Zé was born in the Bahia hinterlands. The strongest musical references of his childhood were the cocos by Jackson do Pandeiro, the forros by Luiz Gonzaga, the local folklore, the traditional Afro-Brazilian sambas de roda, and violeiros’ cantigas, together with the mass idols broadcast by the omnipresent Rádio Nacional (only after 1949, when electricity arrived there). In 1951, he was already in Salvador. A bad student, he discovered a great inspiration in the arid Os Sertões (Euclides da Cunha), the coverage of the battle of Canudos that brought a detailed description of his Northeastern peers. Later, he joined the CPC, a popular culture center that acted as a cultural resistance organization during the military dictatorship, researched folklore, and producing culture based on the findings. After some partnerships with the poet José Carlos Capinam for folkloric dances like bumba-meu-boi and chegança, he was criticized by CPC members for becoming repetitive. He hadn’t accepted the criticism (“folklore is always the same”), but he enrolled at the Music College of Bahia. After a basic course to learn the rudiments of written music, he studied with such luminaries as H.J. Koellreuter (music history), Piero Bastianelli, Walter Smetak (violincello), Aida Zolinger (piano), Edy Cajueiro (violão), Ernst Widmer (composition), Yulo Brandão (counterpoint), Jamari Oliveira (harmony), Lindembergue Cardoso (instrumentation), and Sérgio Magnani (orchestration).