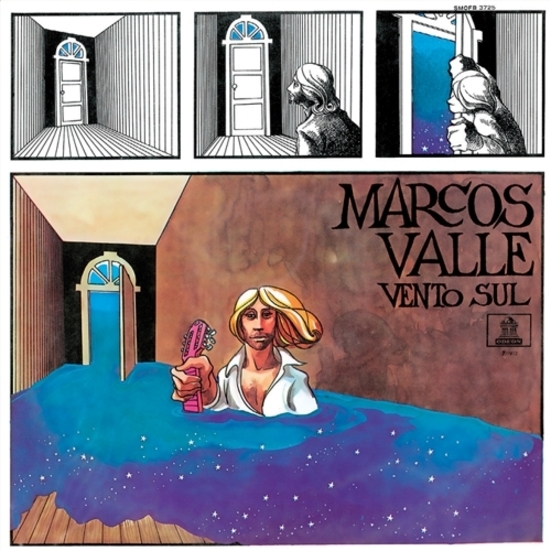 During the hot Brazilian summer of 1971, Marcos and Paulo Sergio Valle, along with their significant others and six additional couples, rented a few modest fisherman shacks in the small village of Búzios to escape from Rio’s more populated beaches. The focus was making music and soul searching, as was the practice for affluent young hippies back then. They stayed for two months. “I wanted to go in a new direction,” says Marcos looking back. “I wanted to try out a rock influence and to risk a little bit more.” Shifting away from the studio musicians used on 1971’s Garra, Vento Sul (translation “South Wind”) was a rewarding collaboration with Brazilian progressive rockers O Terço.

Originally released in 1972, Vento Sul not only channeled the Búzios beach bum vibe, but also manifested a floating dream like psychedelic sound. Elevated by a strong union between Valle and O Terço, Vento Sul’s magical spell of an album is a welcome addition to any South American friendly record collection and sits proudly with the best of Brazil. File after Os Mutantes and before Caetano Veloso.