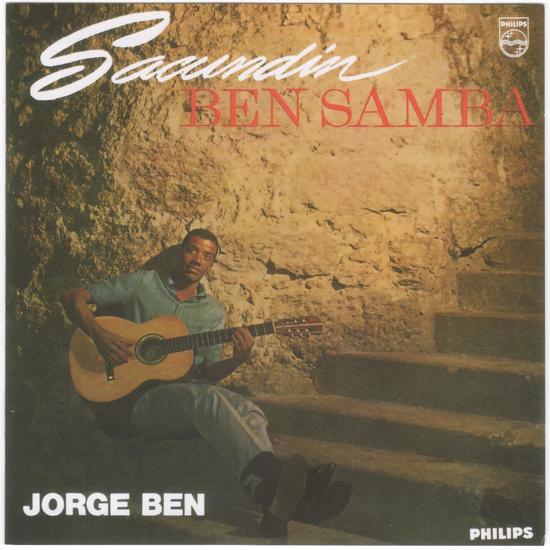 Sacundin Ben Samba is the third album by Brazilian singer-songwriter and guitarist Jorge Ben, released in 1964. The album is stylistically very similar to Ben’s debut Samba Esquema Novo, although the rhetoric of protest music, inspired by the likes of João de Vale and Zé Keti and found in such songs as “Não desanima João”, “Jeitão de preto velho”, and “A princesa e o plebeu” sets it apart from its predecessors. Along with Ben’s first two records, Sacundin Ben Samba was described by Will Hermes as the “blueprint for much of modern Brazilian pop.” Tom Hull, who was critical of the previous album, said Ben “rights himself … with the bigger band arrangements fleshing out his sound rather than drowning it.”