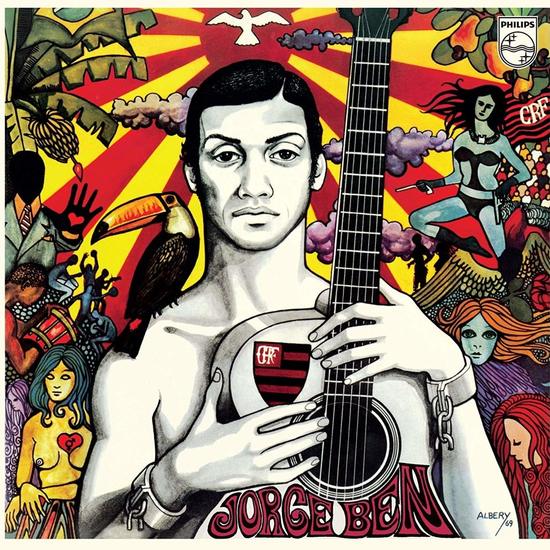 Jorge Ben is the self-titled sixth studio album by Brazilian singer-songwriter and guitarist Jorge Ben, released in November 1969. Ben recorded the album alongside producer Manoel Barenbein, the vocal/percussion band Trio Mocotó, and an orchestral section arranged by José Briamonte and Rogério Duprat. It was written by Ben during his previous few years performing independently and developing his unique samba-based style. He incorporated psychedelic and soul music for this lively recording, while his quirky lyrics dealt with everyday life, romances with women, Afro-Brazilian identity, and self-awareness. Guido Alberi’s iconic cover for the album also drew on psychedelic influences in its pop-art illustration of Ben and symbols of contemporary Brazilian culture. Jorge Ben was a commercial comeback for Ben and featured several hit songs, including two of his most famous recordings “Que Pena” and “País Tropical”. Critics have since associated the album with Brazil’s samba rock and Tropicália musical movements.