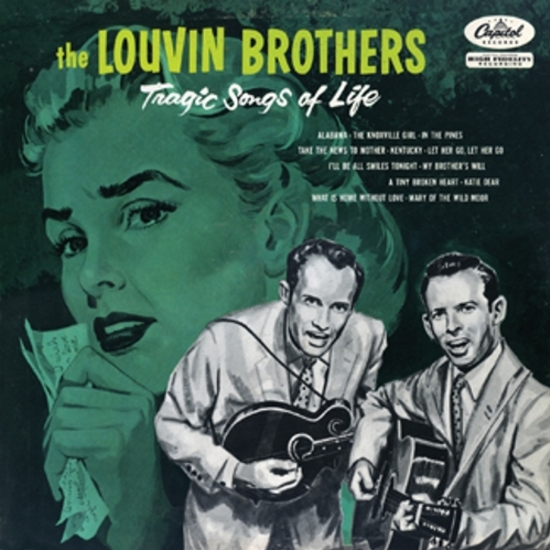 Tragic Songs Of Life was originally released by Capitol Records in 1956, the Louvin Brothers’ first long-player with the label. Over 12 succinct Ken Nelson produced tracks, Ira and Charlie—backed by an economic supporting cast—sang tales that, according to reissue liner notes writer Jessica Hundley, “reflected the torment, tragedy, and terror of the human condition.” Presented with original artwork, contemporary essay, rare period photos, and beautifully re-mastered audio from the original master tapes, Tragic Songs Of Life (LITA 070, LP) is perfect for late night introspection and intimate moments. Despite the upbeat delivery of songs like “Katie Dear,” there is something sinister lurking in the grooves.