Welcome Up (Songs Of Space And Time) 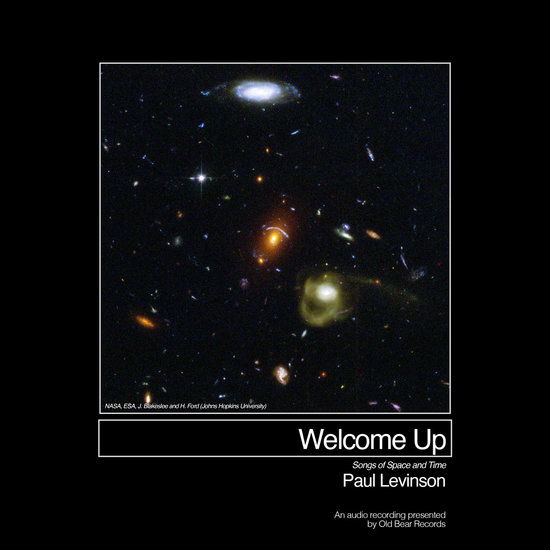 Welcome Up (Songs of Space and Time)

What happens when you mix the experimental production of Old Bear Records producer, Chris Hoisington with the Old Bear Session Squad and an award winning science fiction author? You get Welcome Up by Paul Levinson, that’s what! We can honestly say, we’ve never done a project like this and we are really proud of the results of this artistic collaboration with Paul!

Chris Hoisington knew of Paul from his 1972 album release Twice Upon A Rhyme that has since been reissued four times (once in Japan and once in South Korea!) Chris felt that Old Bear could make a great album with Paul that combined Paul’s penchant for all things science fiction with Paul’s natural musical bents towards sunshine-pop and psychedelic folk-rock. We believe Chris was right!

Welcome Up: Songs of Space and Time is a collection of eight songs that beam you up into a creative galaxy where you take on the persona of an astronaut exploring sonic spaces that at times are reminiscent of The Beach Boys on tracks like “Welcome Up” and “Tau Ceti,” and at other times can feel like the MC5 being shot out of a ray gun on tracks like “Samantha.“ Some of the songs were directly inspired by Paul’s novels. “Alpha Centauri” was written at the same time as Borrowed Tides (2000), which is about the first starship to Alpha Centauri. “If I Traveled to the Past” explores the paradoxes of time travel which Paul has taken up in many of his stories and novels, especially The Plot to Save Socrates (2006). The difficulty of love across alternate realities in “Samantha” is the theme of many of Paul’s short stories, including The Other Car (2015). Paul’s stories and novels become more complete with his songs and vice versa.

You don’t want to miss this release so set your sights on February 7th for when this musical space odyssey impacts the earthly market from your friends on Planet Old Bear!