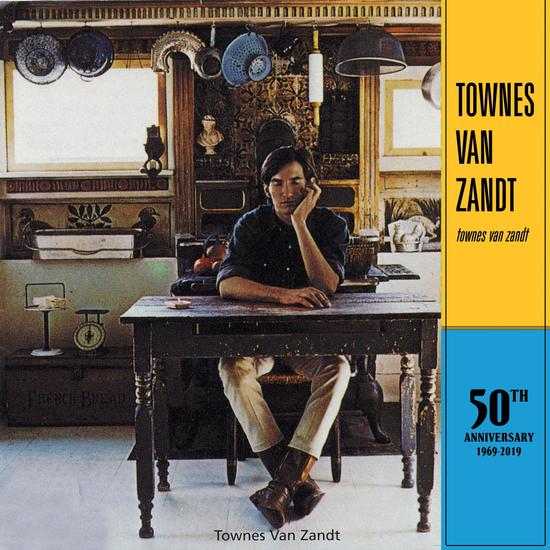 Townes Van Zandt’s music doesn’t jump up and down, wear fancy clothes, or beat around the bush. Whether he was singing a quiet, introspective country-folk song or a driving, hungry blues, Van Zandt’s lyrics and melodies were filled with the kind of haunting truth and beauty that you knew instinctively. His music came straight from his soul by way of a kind heart, an honest mind, and a keen ear for the gentle blend of words and melody. He could bring you down to a place so sad that you felt like you were scraping bottom, but just as quickly he could lift your spirits and make you smile at the sparkle of a summer morning or a loved one’s eyes — or raise a chuckle with a quick and funny talking blues. The magic of his songs is that they never leave you alone.

Despite his warm, dusty-sweet voice, as a singer Van Zandt never had anything resembling a hit in his nearly 30-year recording career — he had a hard enough time simply keeping his records in print. Nonetheless, he was widely respected and admired as one of the greatest country and folk artists of his generation. The long list of singers who’ve covered his songs includes Merle Haggard and Willie Nelson (who had a number one country hit with “Pancho and Lefty” in 1983), Emmylou Harris, Jimmie Dale Gilmore, Nanci Griffith, Hoyt Axton, Bobby Bare, the Tindersticks, and the Cowboy Junkies.

Van Zandt was a Texan by birth and a traveler by nature. His father was in the oil business, and the family moved around a lot — Montana, Colorado, Minnesota, Illinois, among other places — which accounted for his sometimes vague answers to questions of where he “came from.” Van Zandt spent a couple years in a military academy and a bit more time in college in Colorado before dropping out to become a folksinger. (Van Zandt often returned to Colorado in subsequent years, spending entire summers, he said, alone in the mountains on horseback.)

Van Zandt moved to Houston and got his first paying gigs on the folk music circuit there in the mid-’60s. He played clubs like Sand Mountain and the Old Quarter (where in 1973 he recorded one of his finest albums, Live at the Old Quarter, released four years later), and he met singers such as Guy Clark (who became a lifelong friend and frequent road partner), Jerry Jeff Walker, and blues legend Lightnin’ Hopkins, who had a large influence on Van Zandt’s guitar playing in particular.

Another Texas songwriter, Mickey Newbury, saw Van Zandt in Houston one night and soon had him set up with a recording gig in Nashville (with Jack Clement producing). The sessions became Van Zandt’s debut album, For the Sake of the Song, released in 1968 by Poppy Records. The next five years were the most prolific of Van Zandt’s career, as Poppy released the albums Our Mother the Mountain, Townes Van Zandt, Delta Momma Blues, High, Low and in Between, and The Late Great Townes Van Zandt. These included such gems as “For the Sake of the Song,” “To Live’s to Fly,” “Tecumseh Valley,” “Pancho and Lefty,” and many more that have made him a legend in American and European songwriting circles.

Van Zandt moved to Nashville in 1976 at the urging of his new manager, John Lomax III. He signed a new deal with Tomato Records and in 1977 released Live at the Old Quarter, a double album — and the first of several live recordings — that contained many of his finest songs. In 1978 Tomato released Flyin’ Shoes; the long list of players on that album included Chips Moman and Spooner Oldham.

Van Zandt didn’t record again for nearly a decade, but he continued to tour. He moved back to Texas briefly, returning again to Nashville in the mid-’80s. During the early ’80s, both “If I Needed You” and “Pancho and Lefty” became country radio hits. In 1987, Van Zandt was back in business with his eighth studio album, At My Window, which came out on his new label, Sugar Hill. By this time, Van Zandt’s voice had dropped to a lower register, but the weathered, somewhat road-weary edge to it was as pure and expressive as ever. Two years later, Sugar Hill released Live & Obscure(recorded in a Nashville club in 1985), and two more live albums (Rain on a Conga Drum and Rear View Mirror) appeared on European labels in the early ’90s. In 1990, Van Zandt toured with the Cowboy Junkies, and he wrote a song for them, “Cowboy Junkies Lament,” which appeared on the group’s Black Eyed Man album (along with a song the Junkies wrote for him, “Townes Blues”).

Sugar Hill released Roadsongs in 1994, on which Van Zandtcovered songs by Lightnin’ Hopkins, Bruce Springsteen, the Rolling Stones, and others, all recorded off the soundboard during recent concerts. At the end of that same year, Sugar Hill released No Deeper Blue, Van Zandt’s first studio album since 1987. Van Zandt recorded it in Ireland with a group of Irish musicians. Van Zandt sang every song but only played guitar on one.

A year and a half after the release of No Deeper Blue, Van Zandt died unexpectedly on January 1, 1997; he was 52 years old. Posthumous releases included collections like Last Rights: The Life & Times of Townes Van Zandt and Anthology: 1968-1979, as well as albums like 1998’s Abnormal and the following year’s Far Cry From Dead, which featured previously unreleased songs.

The early 2000s saw a resurgence of interest in Van Zandt’s music and enigmatic life; three book projects and two films entered production, and features on the musician appeared in such tastemaking rags as Mojo. But perhaps the greatest gem was the discovery of a collection of Van Zandt demos dating from 1966, a full two years before his proper debut. The ten previously unreleased recordings were issued by the Houston imprint Compadre in April 2003 as In the Beginning…. Included in the release were liner notes written by John Lomax III.