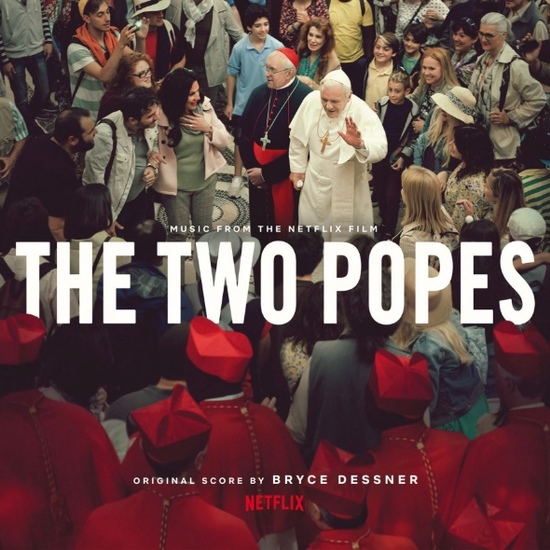 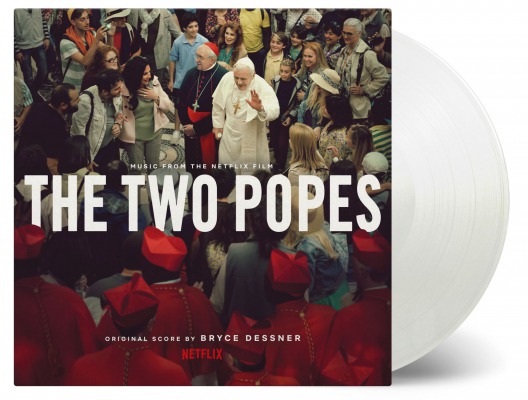 “The Two Popes is an intimate story of one of the most dramatic transitions of power in 2000 years. Frustrated with the direction of the church, Cardinal Bergoglio (Jonathan Pryce) requests permission to retire in 2012 from Pope Benedict XVI (Anthony Hopkins). Instead, facing scandal and self-doubt, the introspective Pope Benedict summons his harshest critic and future successor to Rome to reveal a secret that would shake the foundations of the Catholic Church.

Bryce Dessner of The National composed the score to the movie. To create the music for the film he visited the set and began composing in the room with actors and crew. The score consists of both minimal and layered orchestral music as well as folk music. The OST features a total of 21 arrangements, which also contains contributions by Tinariwen and Mercedes Sosa.

This is a limited edition of 1000 individually numbered copies on solid white vinyl. 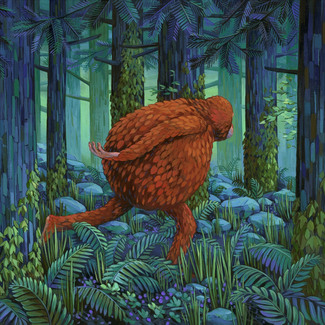