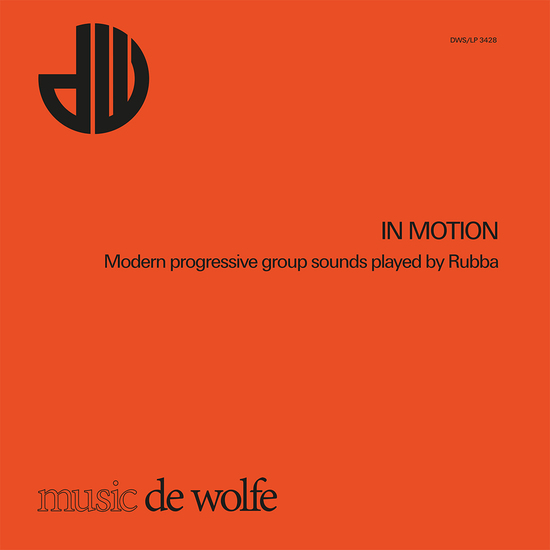 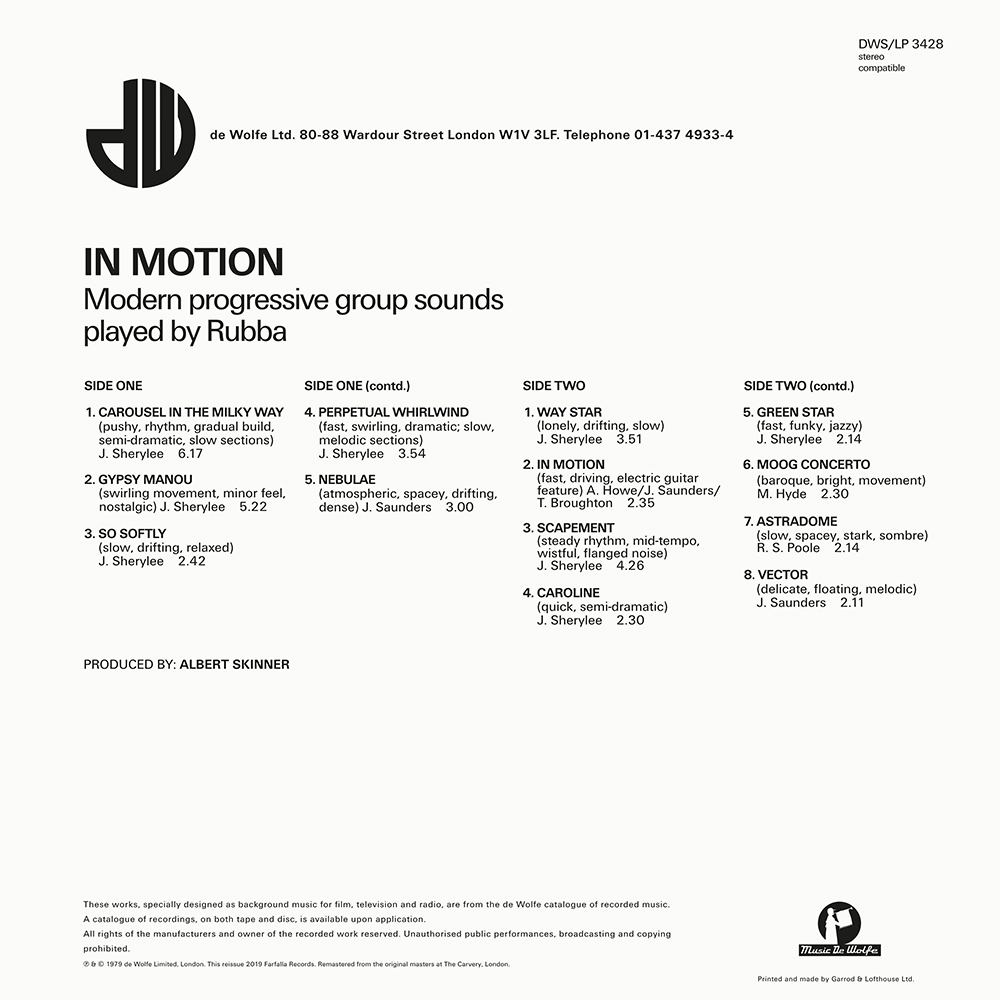 L’Illustration Musicale, Sonimage, Técipress-In Editions (Timing), Musax, Freesound, Montparnasse 2000 in France but also De Wolfe and Chappell in England, every of these sound illustration labels have in common to bring out as a legendary spectre the name of Jacky Giordano and his aliases. Widespread practice in the library music world, Joachim Sherylee, chosen for the “In Motion” album, is one of his plentiful aliases (with José Pharos, Jacky Nodaro, Gruppo Sounds, Rubba…) used by the french composer, that we regain as well for Black Devil with Bernard Fèvre or even for the Shifters with Yan Tregger.

For his enthronement on the mythical english label De Wolfe, it’s under the obscure name of the Rubba collective (which resurfaces evenly with other english instrumentalists within the Rouge subdivision) that Jacky Giordano aka Joachim Sherylee sneaked in the londonian De Wolfe studios with the companionship of british colleagues such as John Hyde (aka John Saunders, James Harrington used on the Amphonic Music label, Astral sounds or even Wozo) and his wife Monice Hyde (aka Monica Beale), Alan Howe (aka John Collins), Robert Poole and Tim Broughton.

Published in 1980, the ""In Motion: Modern Progressive Group Sounds Played By Rubba"" LP and its minimalistic and utilitarian red record cover which contains 13 tracks, mainly composed by Joachim ""Giordano"" Sherylee and was never reissued since then. This record became cult over time, it will have taken that the Hip-Hop world, consistently at the forefront and on the lookout for original samples, seize it in order to dig out from the disregarded and underestimated musical gems graveyard. First of all with beatmaker Madlib and Freddie Gibbs in 2011 with the track Thuggin’, in which he sampled the track Way Star, also used more recently by Mil and the rapper Westside Gunn on his track Brains Flew by (1964 Version).

Nearly 40 years after, the Farfalla Records label, after publishing Timing Archives, presents another aspect more progressive and psychedelic of the multi-faceted composer Jacky Giordano by fully reissuing at last this coveted, mysterious and mesmerizing ""Rubba"". Very desired by crate-diggers, In Motion appears in the want-list of plenty enthusiasts in this enigmatic world of the library music. (Erwann Pacaud) 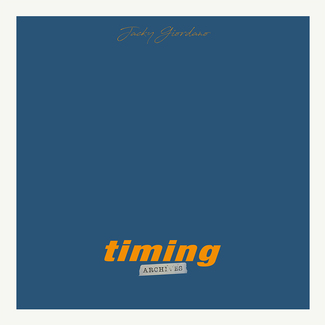