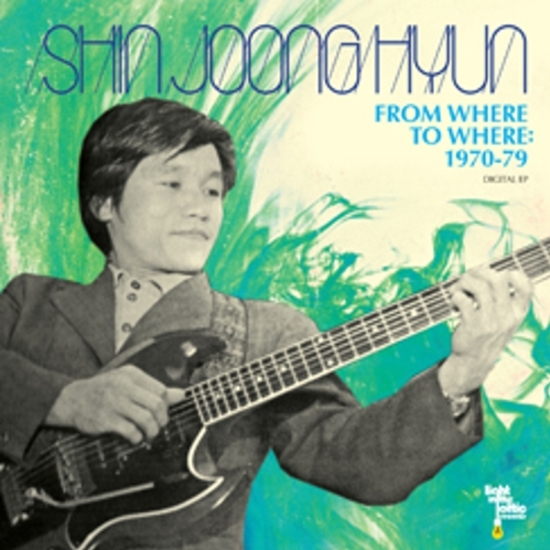 For the release of Beautiful Rivers And Mountains we asked Mr. Shin to share his memories of each song, giving us further insight into the creative process. Here are Mr. Shin’s track-by-track notes for From Where To Where: Digital EP 1970-79.

Kim Chu Ja left my group after her first album became very successful. She did other activities and projects, however, she needed a new hit. Because of this, she came back to me and asked me to write her another song. I wrote her “What Am I Going To Do.” Unfortunately, it wasn’t well known to many people, but her other songs became popular such as “Come” and “It’s A Lie."

This song was included in the Shin Joong Hyun And The Men album. Park Kwang Soo was the singer of the band and Jandhi (Grass) is slang for marijuana. Marijuana smokers during that time thought the song was written for them.

I tried some experimental music with Kim Jung Mi where she practiced a new singing style and I was able to try psychedelic music. Despite the fact that we brought something new to the rock music scene in Korea, it failed to gain popularity. However, we did lots of concerts and my singers were very strong live performers. Pearl Sisters, Kim Chu Ja, Jang Hyun, and Park In Soo all took over the live music scene. “From Where To Where” completely transformed Kim Jung Mi. Through experimentation and hard work, I was able to create the new Korean-style psychedelic rock singer, Kim Jung Mi.

In the spring of 1974, I named my 3-piece group Shin Joong Hyun and Yupjuns. We got a room at Tower Hotel and started writing songs. We wanted to write and create a Korean style rock album. It took us 6 months to write 10 songs and “Beautiful Woman” was one of them. This song became extremely popular, and it had a reputation as “the song for 30 million Koreans.”

I tried to emphasize the unique color of Korean pop music and artistic value. The young musicians who participated in this project also love art. In this remake, I tried to modernize the traditional Korean beats where the accompaniment, rhythm, third melody, and even human breathing became part of music. I avoided any mechanical control or manipulation to deliver the music as truthfully and humanly as possible. I thought that the musicians and listeners could communicate more closely that way.

In 1970, Seoul Civic Center was my main stage and I played many gigs there. The significance of the venue is that it was the first place in Korea to use psychedelic lighting. It was my idea to use such effects and my band, Shin Joong Hyun And The Questions had solo concerts there. The producer of the events recorded the concerts live without my consent. I had no idea they were recording my songs and selling them. The quality of the recordings was very poor, but now that I think about it I am lucky to listen to my old live music. The band members were very passionate and diligent. I am very thankful as they practiced from early morning to late night without complaining.

I used my chest voice to sing all the songs on the album. However, this song simply didn’t sound right with my chest voice so I had to change the key and used falsetto instead.