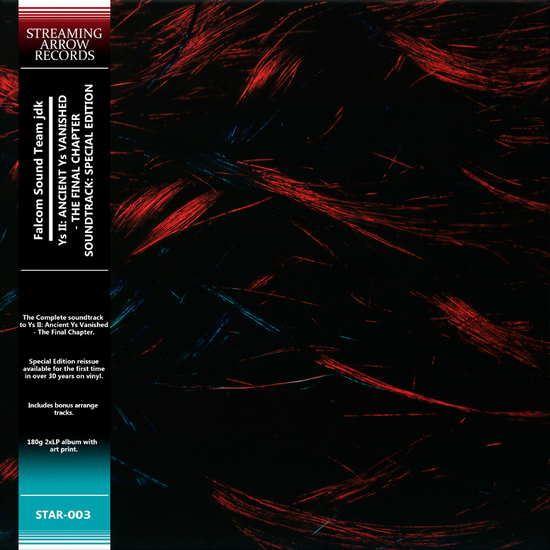 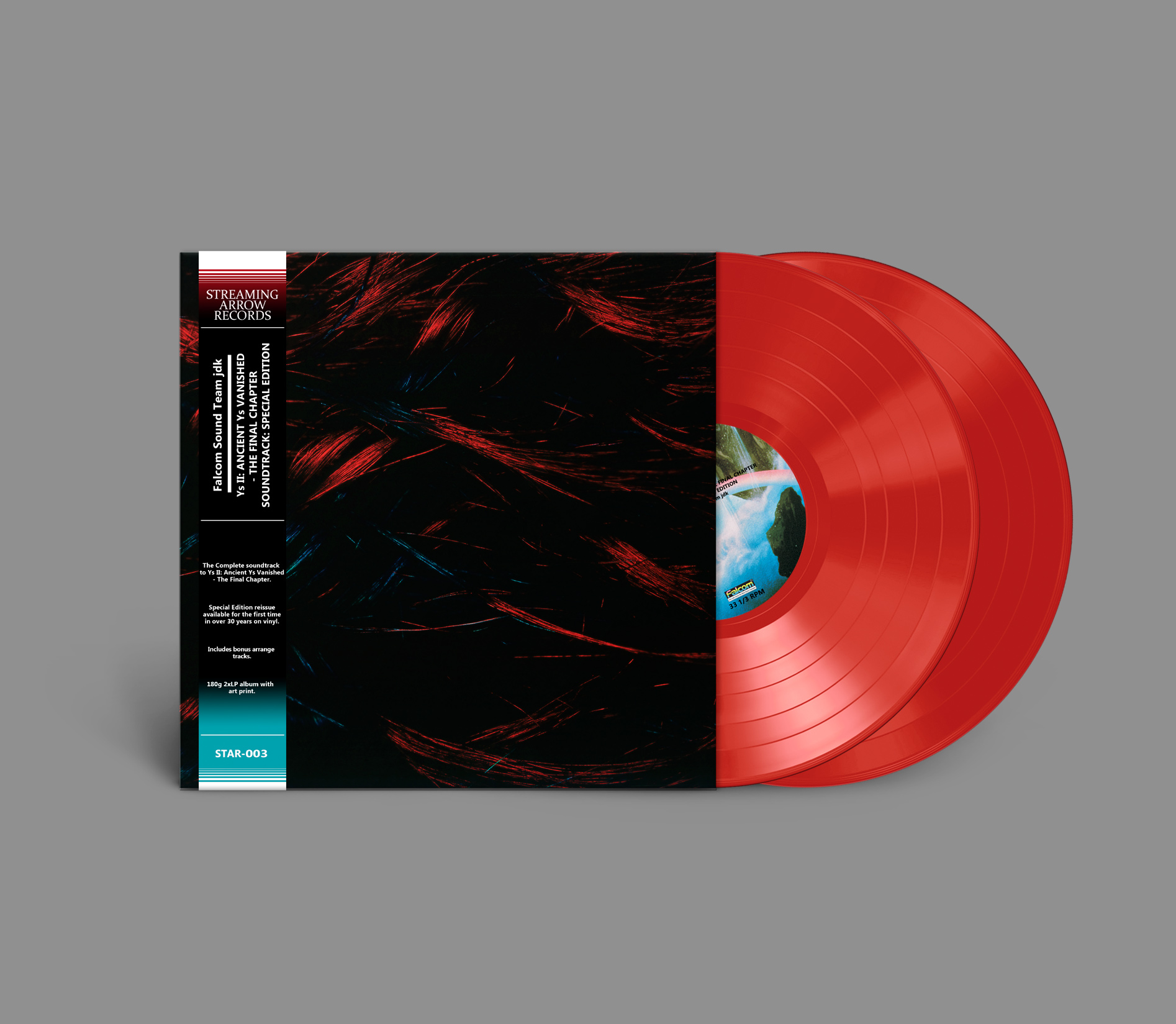 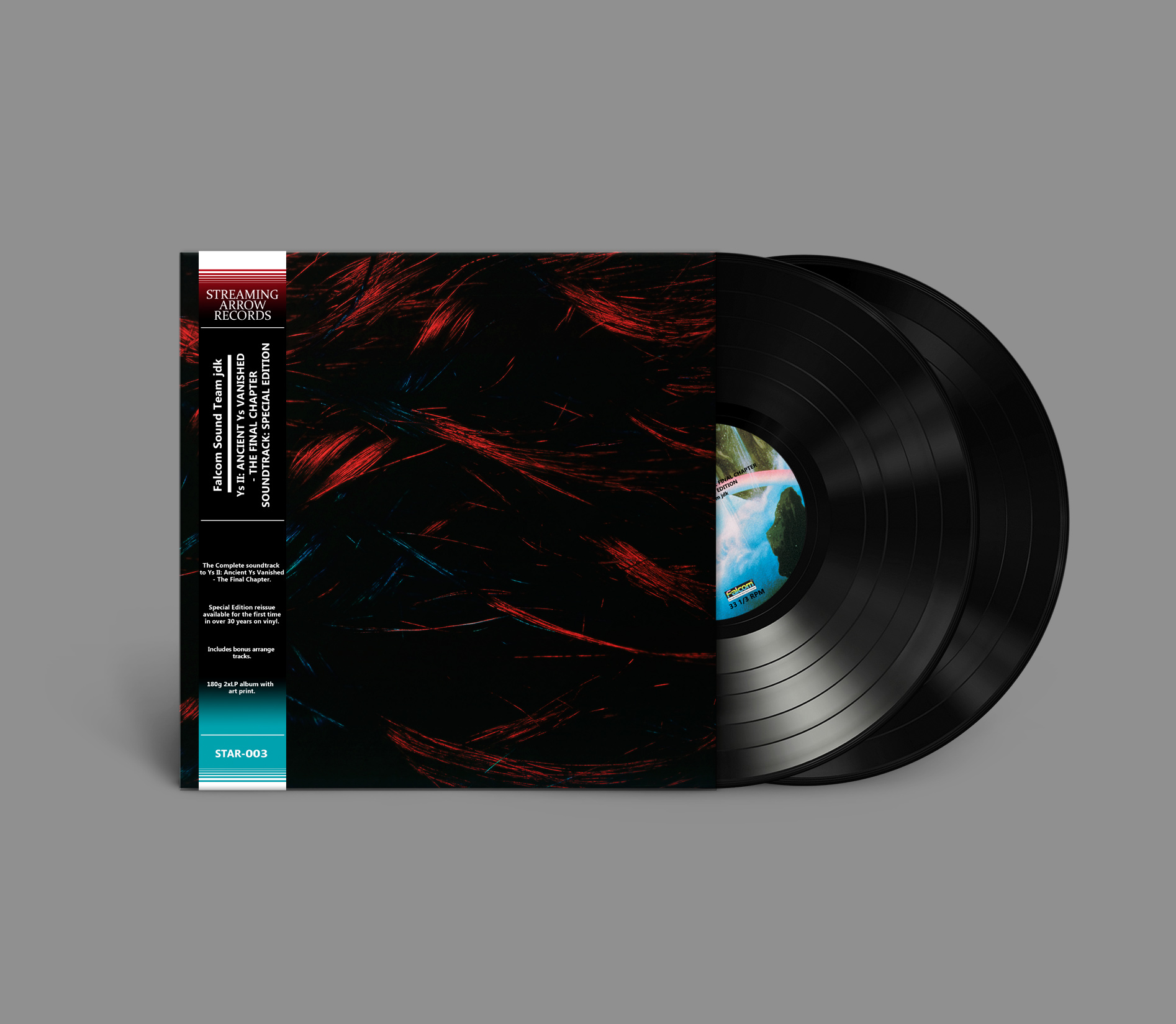 Originally released for the NEC PC-88 in 1988 and composed by the legendary Falcom Sound Team jdk. The soundtrack to “Ys II: Ancient Ys Vanished – The Final Chapter” by Falcom Sound Team jdk continues with the musical themes established in YS I of melancholic and reflective to energizing melodies driving you to push on forward utilizing the full audio powers of the NEC PC-88.

The vinyl editions of “Ys II: Ancient Ys Vanished – The Final Chapter Soundtrack: Special Edition” will be housed in a single pocket jacket wrapped by an obi-strip. The release contains a two-sided print of artwork from Nihon Falcom’s archives, an etching on side D, and the original soundtrack on two heavyweight 180-gram discs to deliver the full soundtrack at higher fidelity than the initial release over 30 years ago! 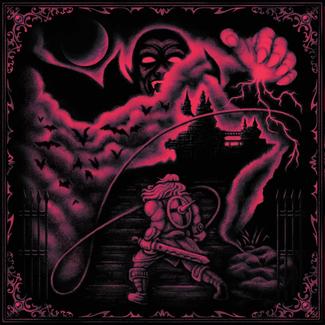