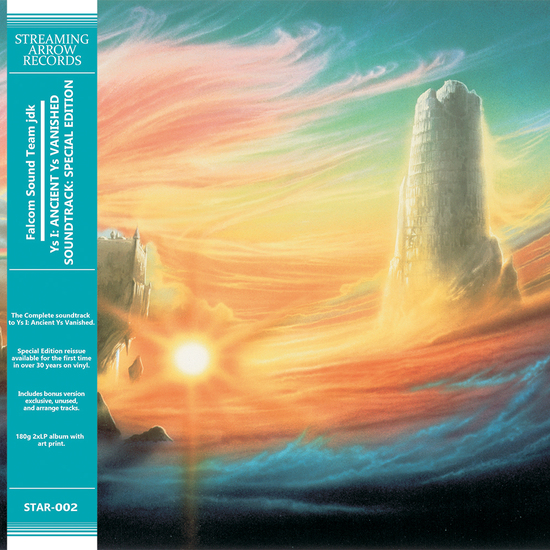 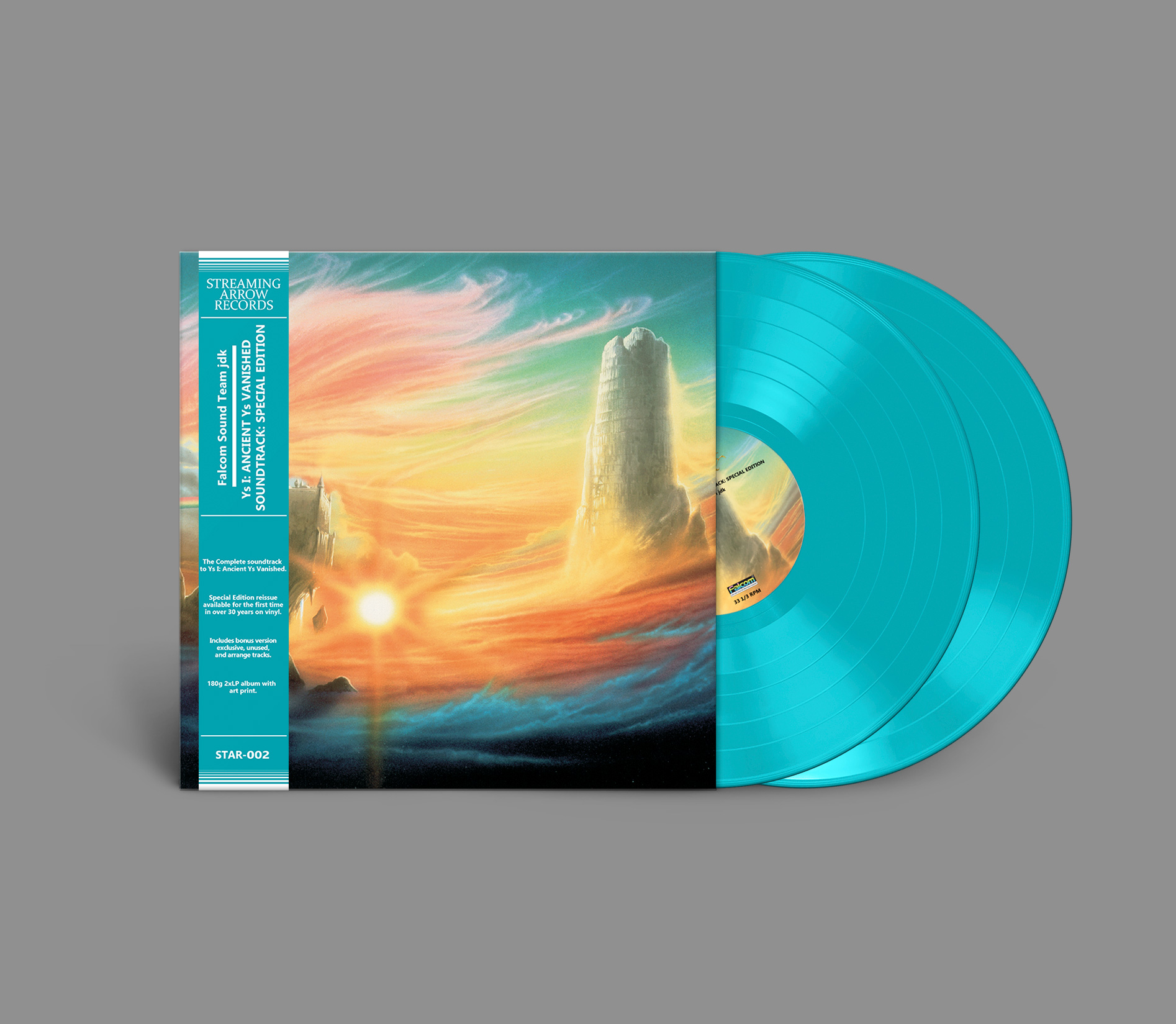 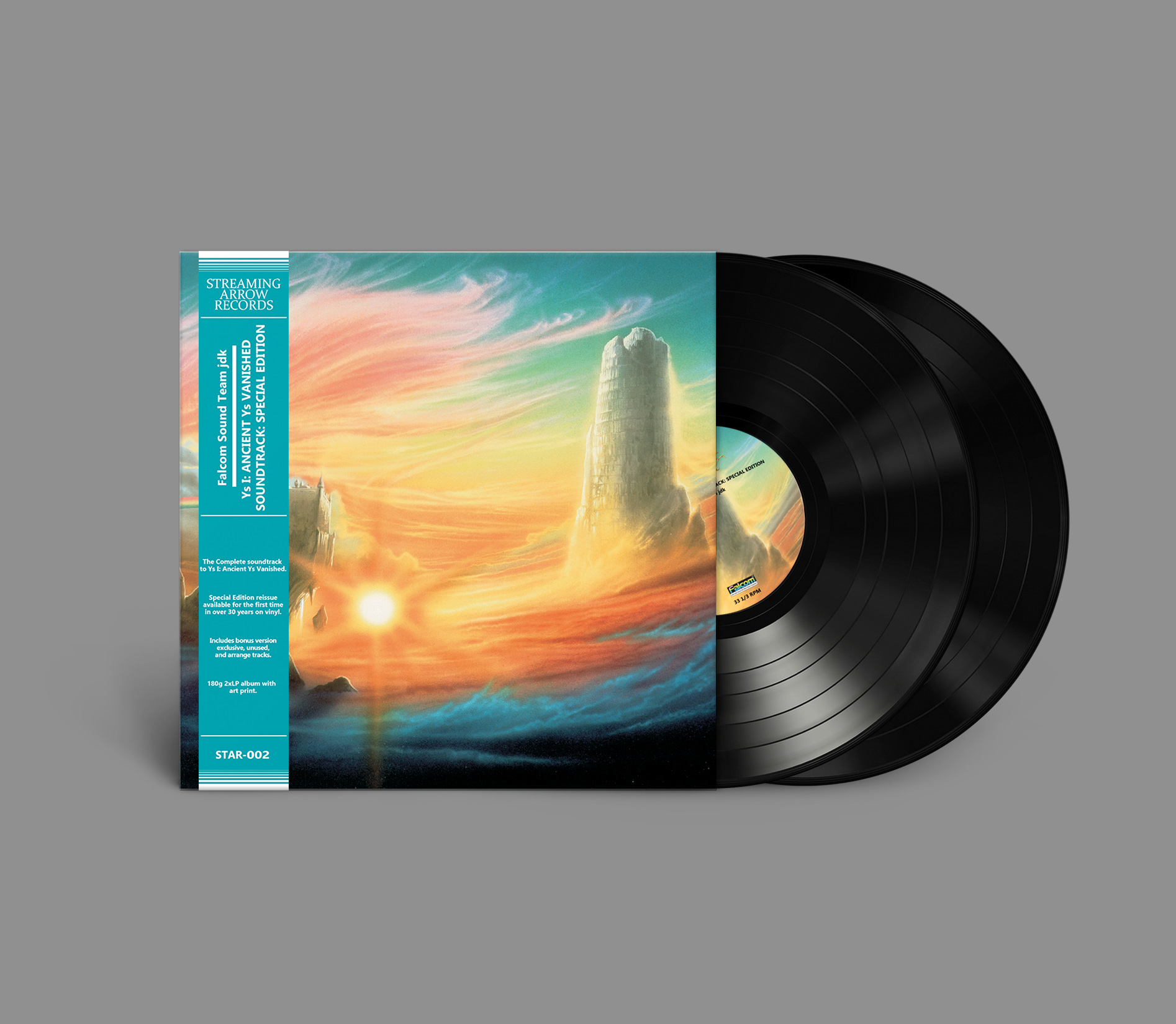 Streaming Arrow Records is excited to present a long-overdue vinyl reissue of the soundtrack to the first entry in Nihon Falcom’s long-running Action Role-Playing game series Ys I: Ancient Ys Vanished. Originally released for the NEC PC-88 in 1988 and composed by the legendary Falcom Sound Team jdk. The soundtrack to “Ys I: Ancient Ys Vanished” is nothing short of a technical marvel capturing the full breadth of emotions from the wistful and reflective opening “Feena”, The oppressive and intimidating “The Last Moment of the Dark”, and the exhilarating “Final Battle”.

Our release will include a slew of extra music on top of the original soundtrack including unused, arranged, and version exclusive tracks including, “Devil’s Step”, “Tension”, “In the Memory”, “Fly With Me” and more have been carefully remastered to sound better than it ever has sounded before on vinyl.

The vinyl editions of “Ys I: Ancient Ys Vanished soundtrack: Special Edition” will be housed in a single pocket jacket wrapped by an obi-strip. This release contains a one-sided art print of artwork from Nihon Falcom’s archives and the original soundtrack on two heavyweight 180-gram discs to deliver the full soundtrack at higher fidelity than the initial release over 30 years ago.