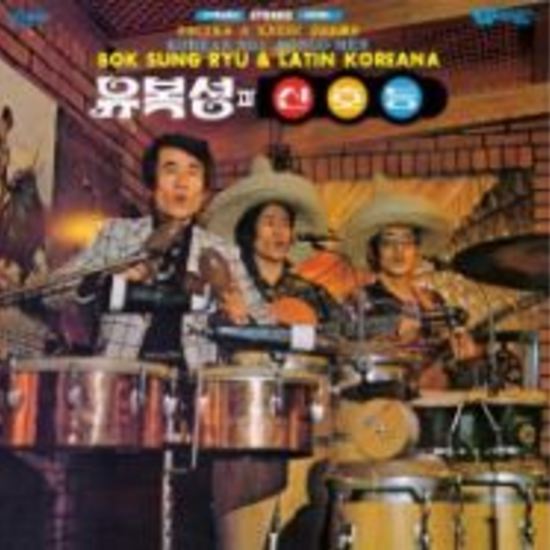 Walking alone in the Meyong-Dong gil

Ryu Bok-Sung, who began his career as a jazz drummer, was a central figure in the early jazz scene of Korea, through his work with the Lee Bong-jo orchestra and the Jazz Messengers. With a particular love for Latin jazz styles – such as Afro-Cuban – Ryu formed the band ‘Latin Koreana’, which released its debut album in 1972. Latin pop and jazz made up the bulk of this band’s repertoire. Among his band mates was Kang Byeong-cheol, from ‘Kang Byeong-cheol and the Baskets’. In addition to works to his and his band’s name, Ryu was also very active as a session percussionist in various other gayo records, encompassing genres including rock, folk, and jazz. Some of the more noteworthy works among these include the early works by Han Dae-soo, Lee Pan-geun & the Korea Jazz Quintet ‘78, the Rainbow Quintet, and the albums of ‘Nami and Franco Romano Band’. Via a chance meeting with Choi Dong-gwon, the proprietor of International Productions, Ryu was afforded the opportunity to bring his musical conceptions to life. Thus came to be the ambitious Latin pop-jazz album,

This reissue is a 7” single edition of Ryu’s most famous track, ‘Walking the Streets of Myeongdong Alone’, with an adapted version of ‘Tequila’ (under the title ‘Feeling Good’), the Latin pop masterpiece by Chuck Rio, on the b-side. A limited run of 600 copies will be pressed, in four vinyl colors (150 copies each): black + 3 other colors from the color scheme of the original logo of Ryu Bok-Sung and the Traffic Lights (inserted at random).