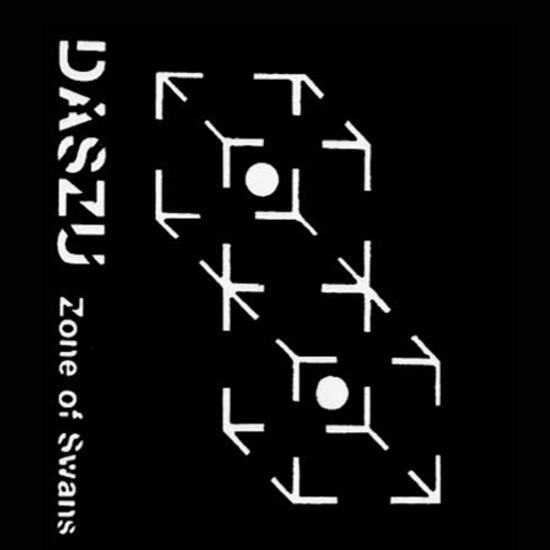 If there’s one thing we’ve learned from doing reissues for twenty years, it’s that there is often a lack of justice in the arts. All too often, the intensely talented are shunted aside, or not able to access the means to a greater hearing, or marginalized (or eradicated) by larger societal (commercial) (racial) (political) forces, to name just three potential prongs of an art-crushing pitchfork. The less an artist’s work can be categorized, the greater the odds of being an eternal outsider. The more pure those artistic efforts are, the greater the chance they cannot be categorized. Such is the case with the music of Daszu. They were three, and minimal. Bass, synthesizer and drums.

An impediment to achieving a place in the post-punk pantheon — Daszu was based in Milwaukee, not in the UK. Except for cassette distributions in Helsinki and Dublin, and a few scattered performances, they lived, practiced and performed near home. In 1979, Mark Rudolph (now an interactive 3D artist, musician, software developer, mathematician and the director of i3Dmedia LLC) talked in his kitchen to David Wolf about an idea he had for a new music: how music could be ‘popular’ without rock guitars and a big wall sound such as large amps and organs. “I said we could do a minimal three-piece music based on new melodic lines and poetry and synthesis. I thought that we could remake reality. It was possibly ambitious, but I didn’t think so. We decided to do it.” They did it. Not with a big polyphonic keyboard, but with a mini-moog sound generator.

The 1/2 Dativa material included on our Lion survey of Daszu’s musical innovations was the work of Rudolph and his Australian friend and musician, Greg O’Connor (Boom Crash Opera). Rudolph had been studying mathematics and computer music in Australia, and a mix of Daszu, his computer generated music and O’Connor’s great genius with electronic parts is evident in these intense, propulsive recordings made on a pair of DX-7 synthesizers one feverish day in 1983.