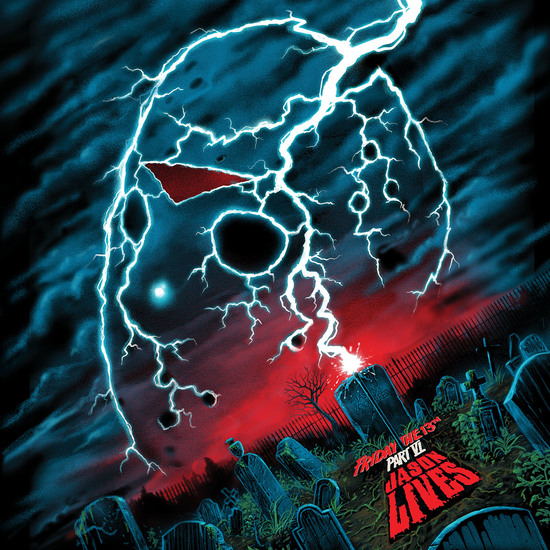 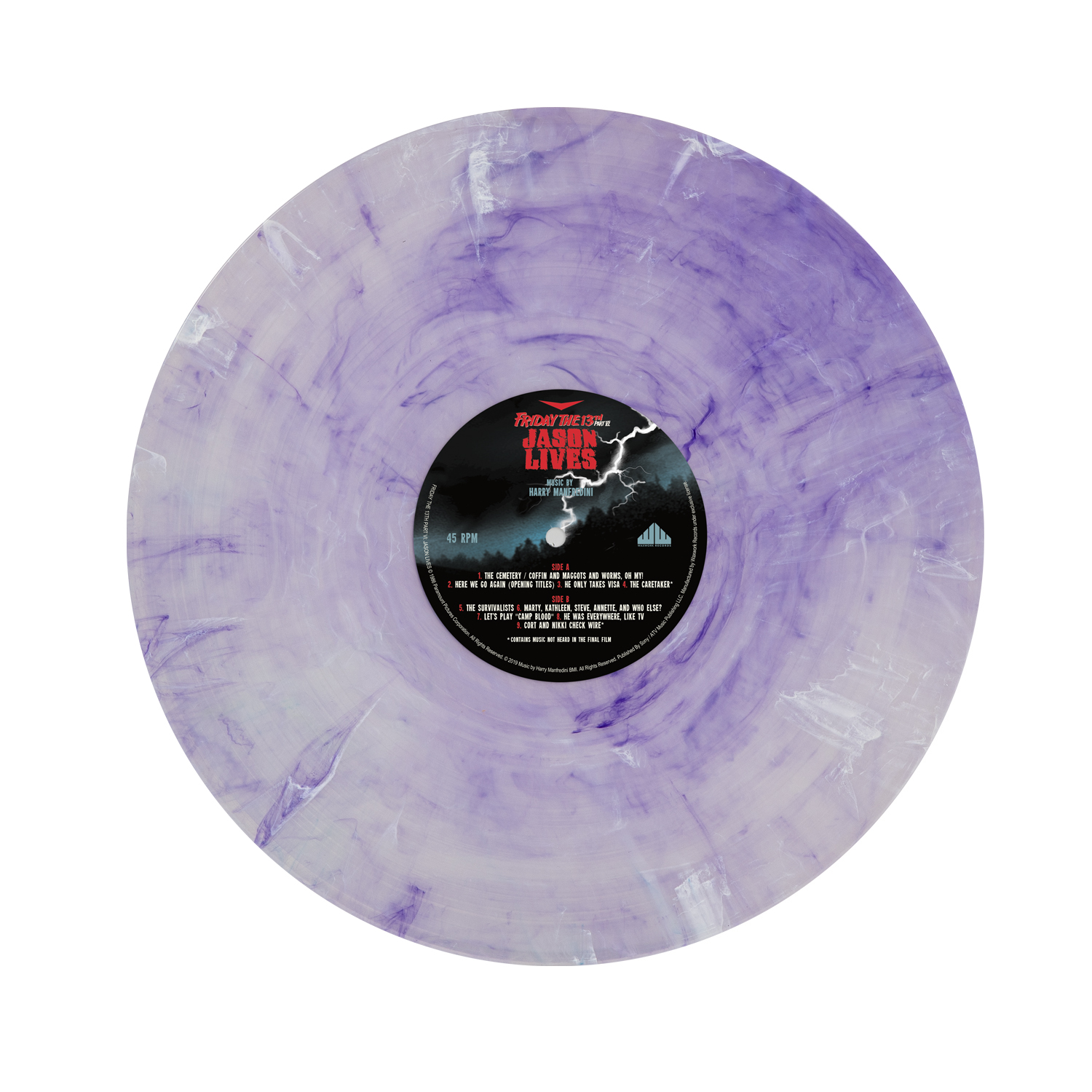 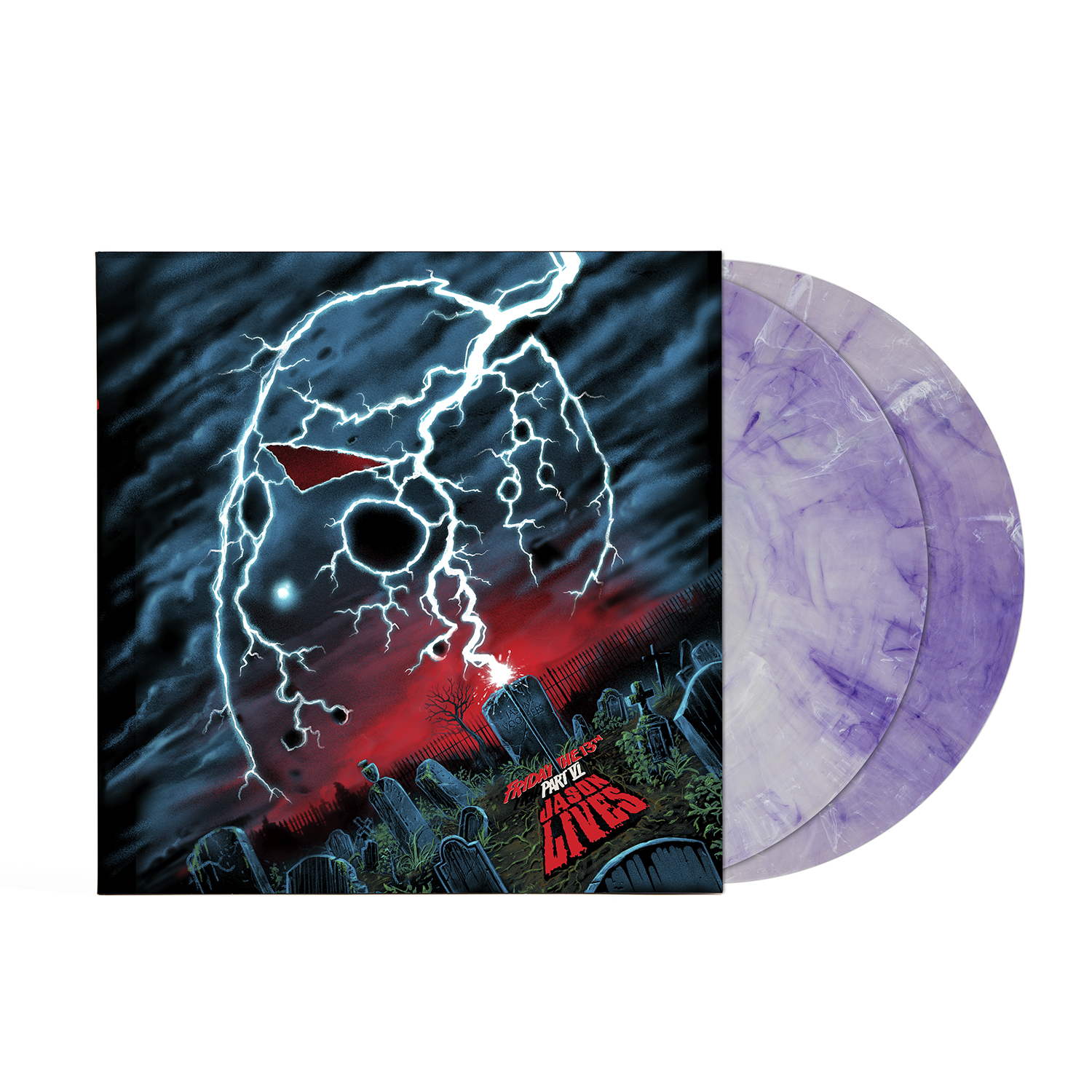 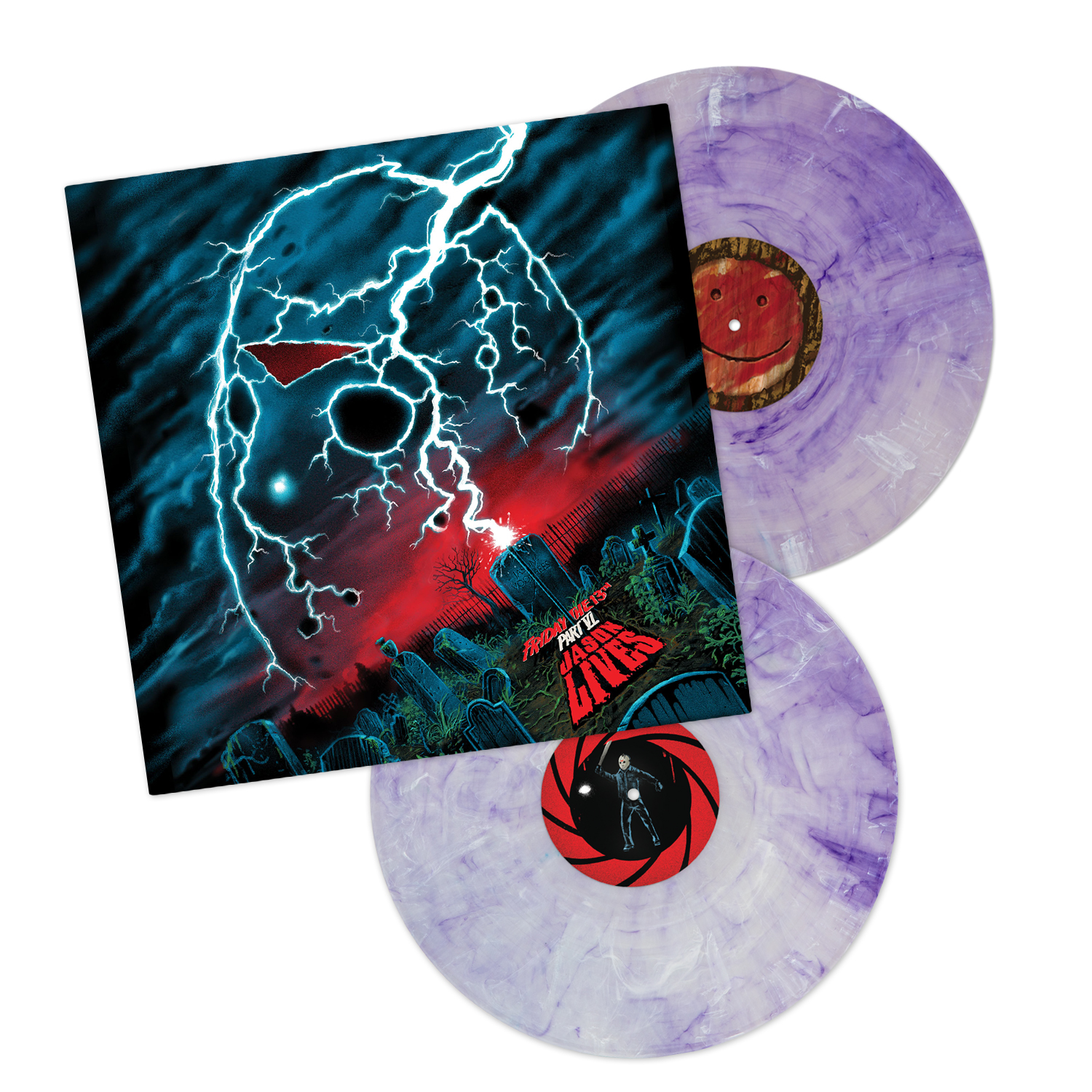 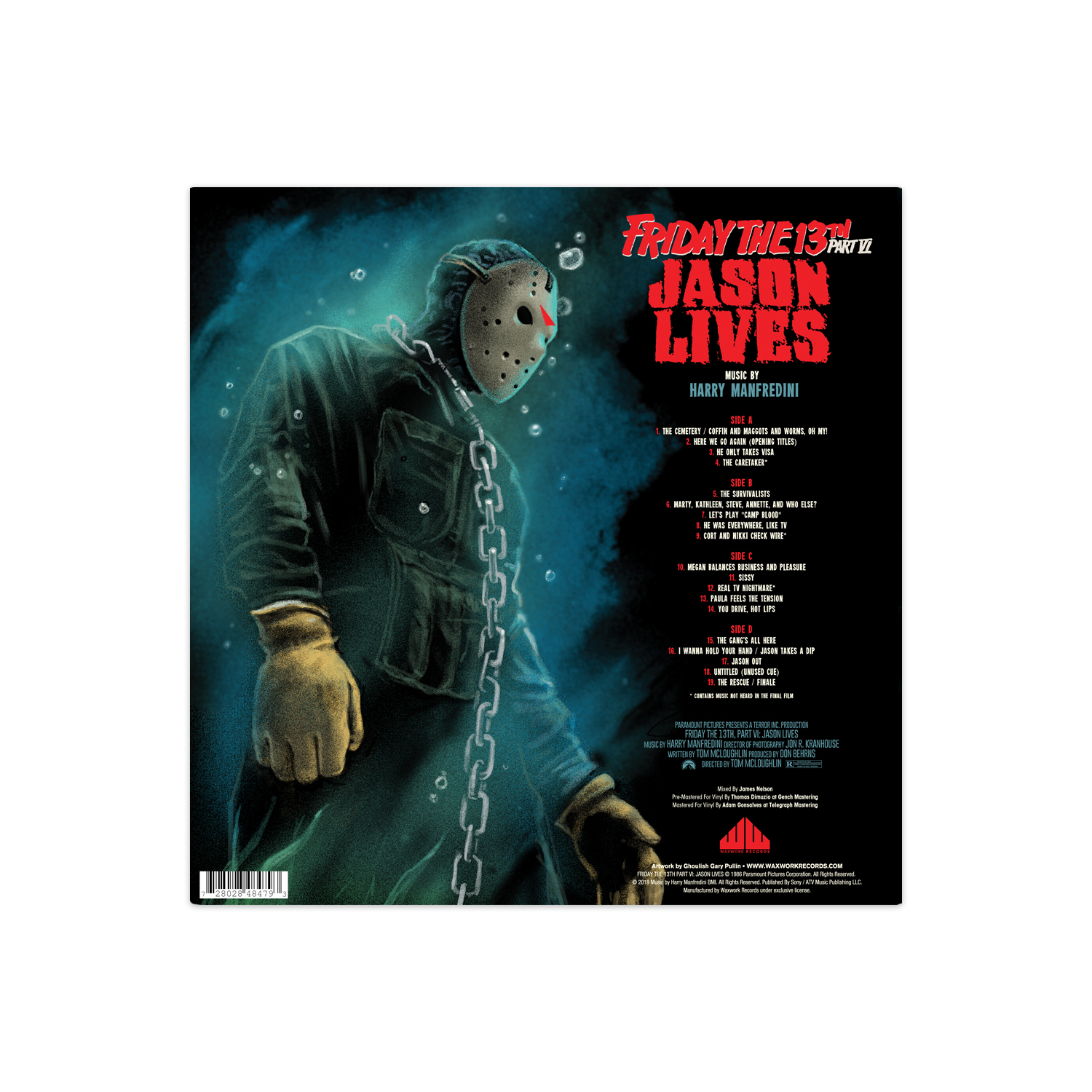 Waxwork Records is proud to present FRIDAY THE 13TH PART VI: JASON LIVES Original Motion Picture Soundtrack by Harry Manfredini! Available for the very first time on vinyl, and sourced from the original 1986 master tapes, Waxwork is thrilled to release the long awaited soundtrack to the fan favorite installment of the Friday The 13th Franchise. The film follows Jason Voorhees who, after accidentally being ressurrected, stalks yet another group of camp counselors. This version of Jason, a now undead and more supernatural version of the character, would become the standard depiction of the masked slasher for the rest of the series.

The score by Friday The 13th veteran composer, Harry Manfredini, features his biggest and most bombastic score to date in the series. Working with a full orchestra and with the budget to include updated sound design and electronic work, Manfredini takes the franchises music to new heights before his hiatus from the series, returning years later to score Parts 9 (Jason Goes To Hell) and 10 (Jason X).
Pressed to 180 gram Electric Purple vinyl, and with all new artwork by Ghoulish Gary Pullin, the score to JASON LIVES is housed in deluxe packaging and is ready to terrorize your turntable! 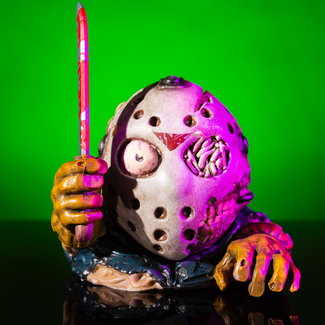 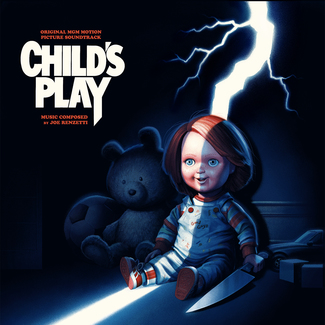 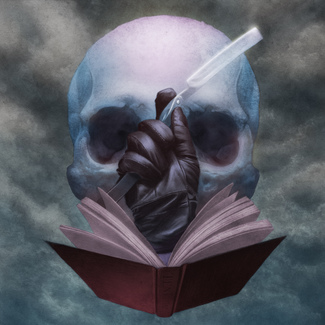