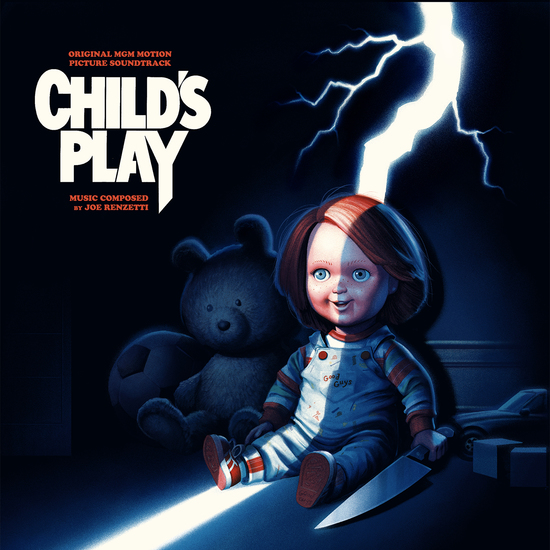 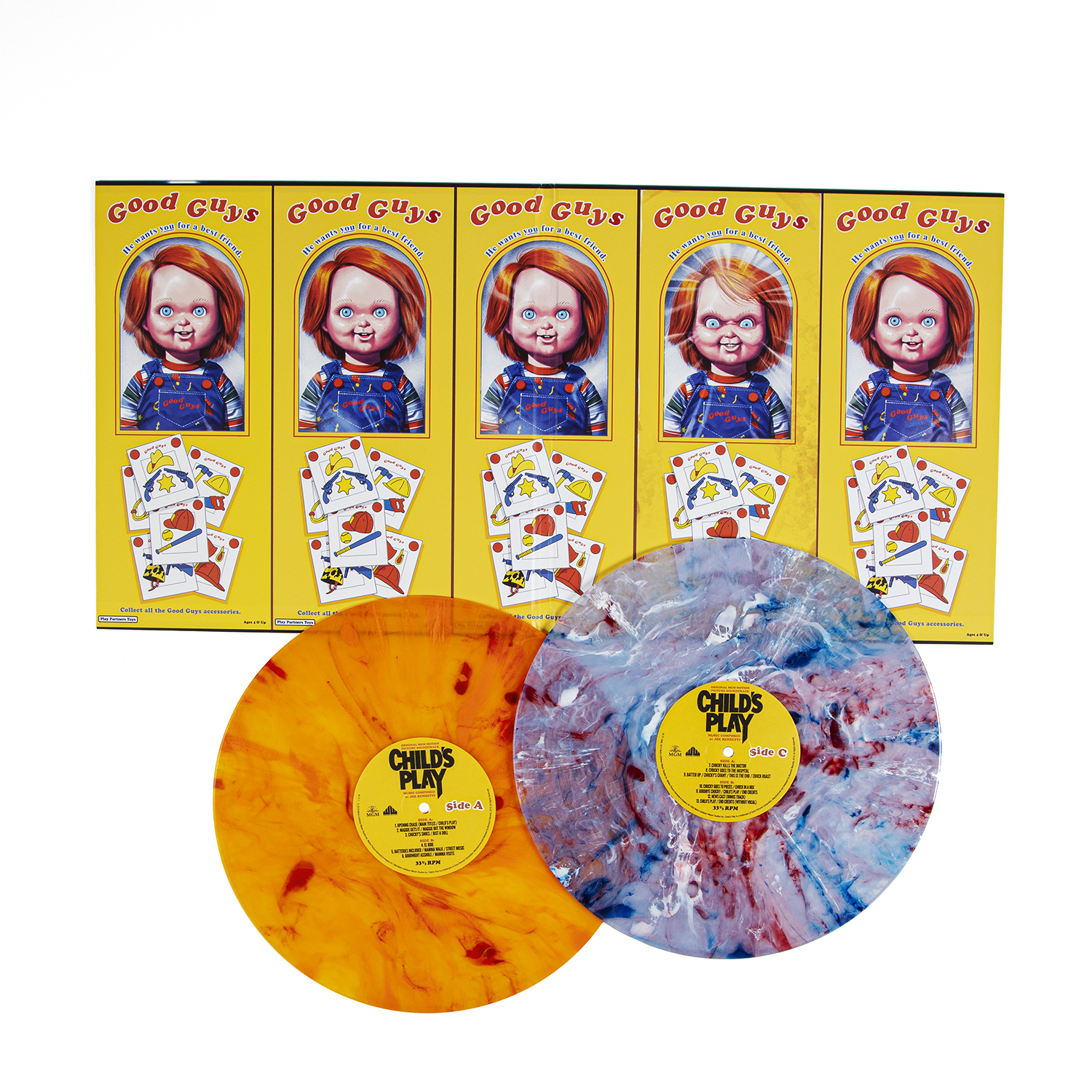 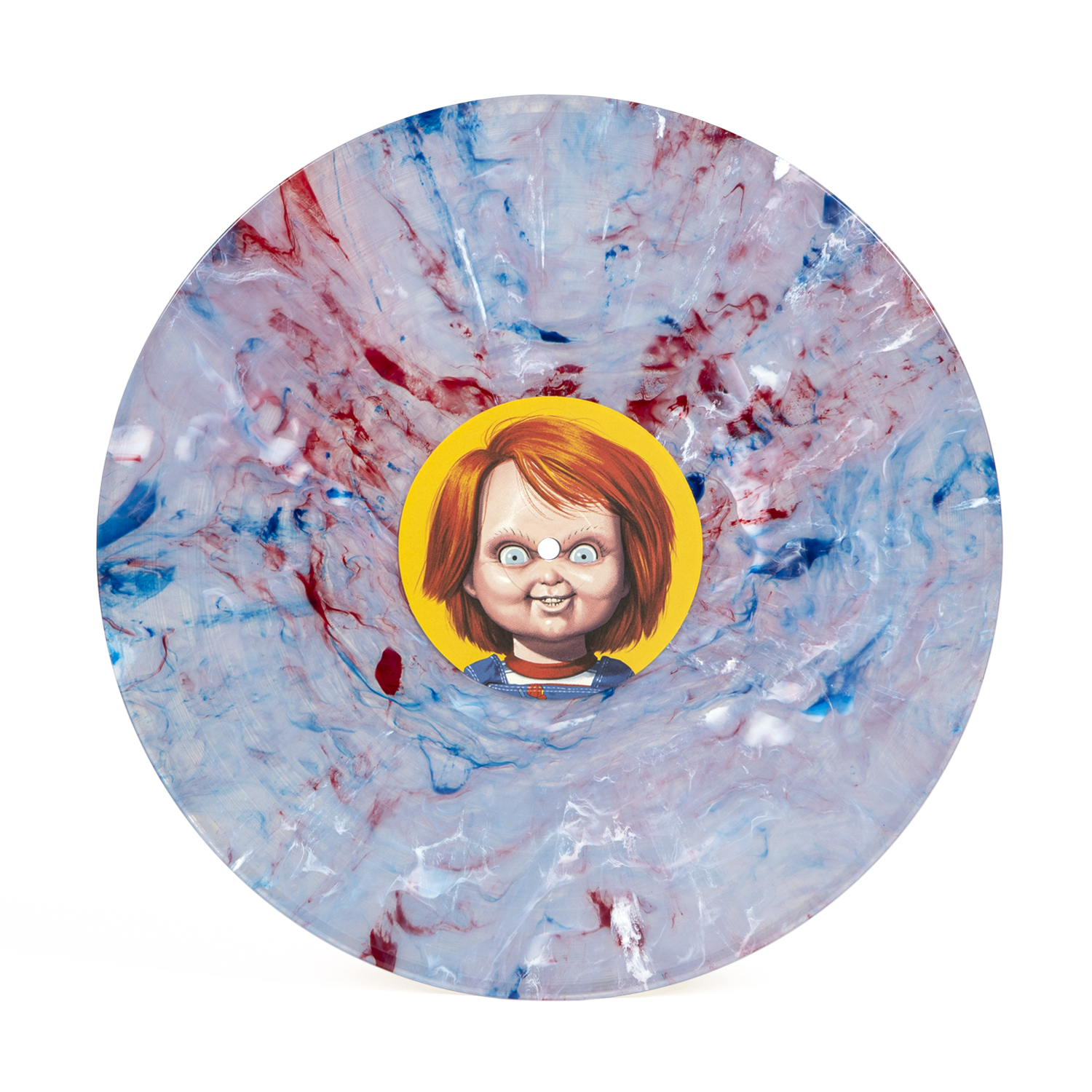 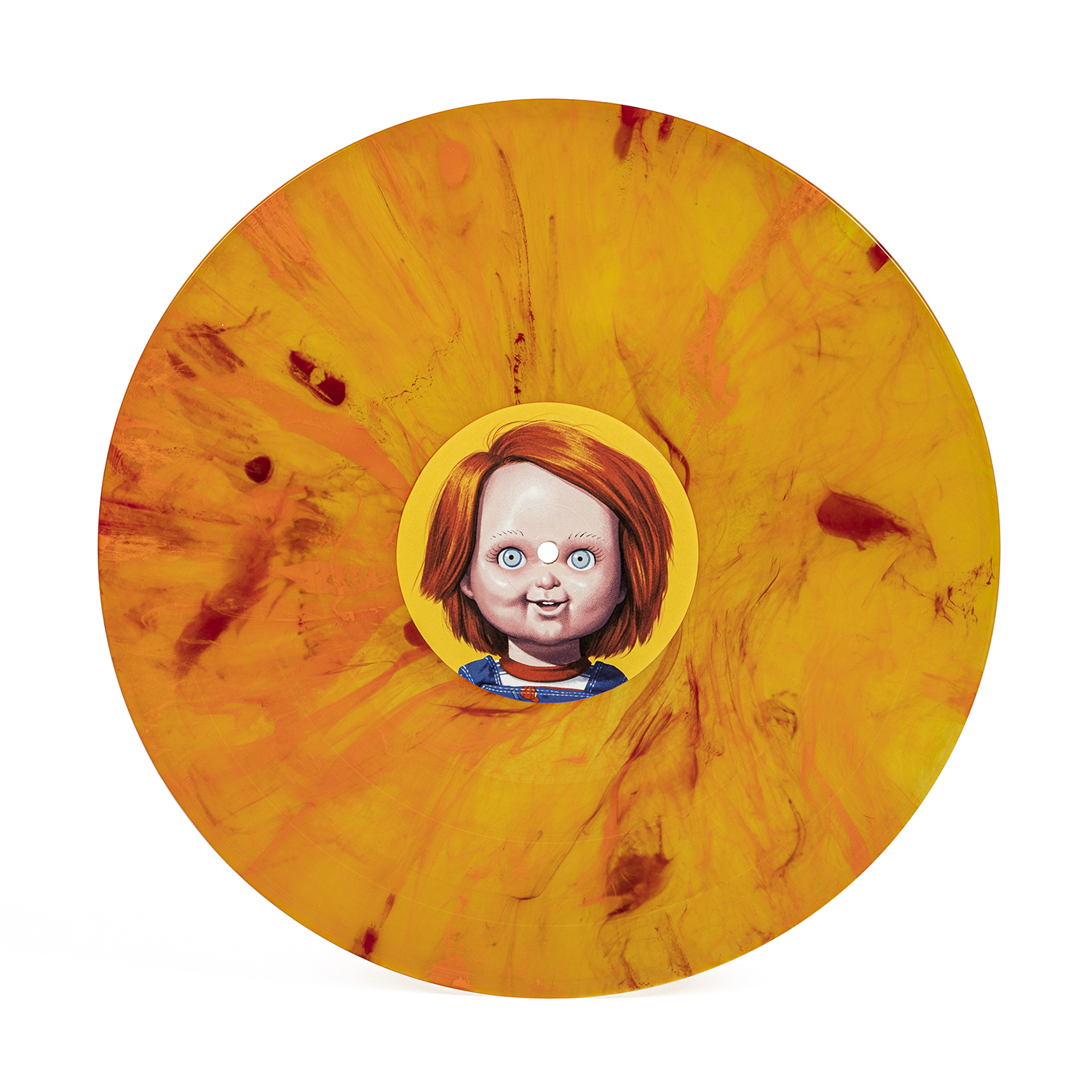 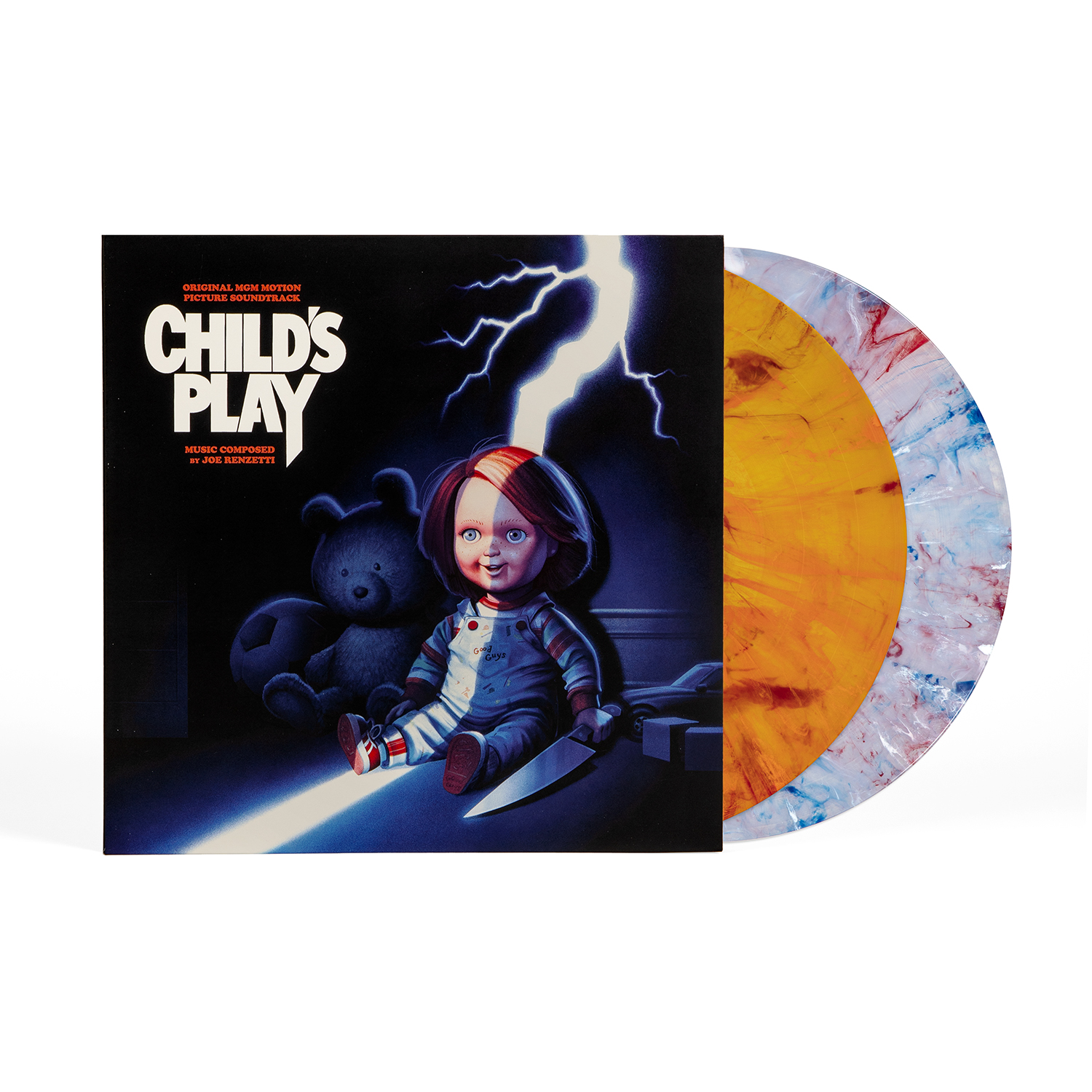 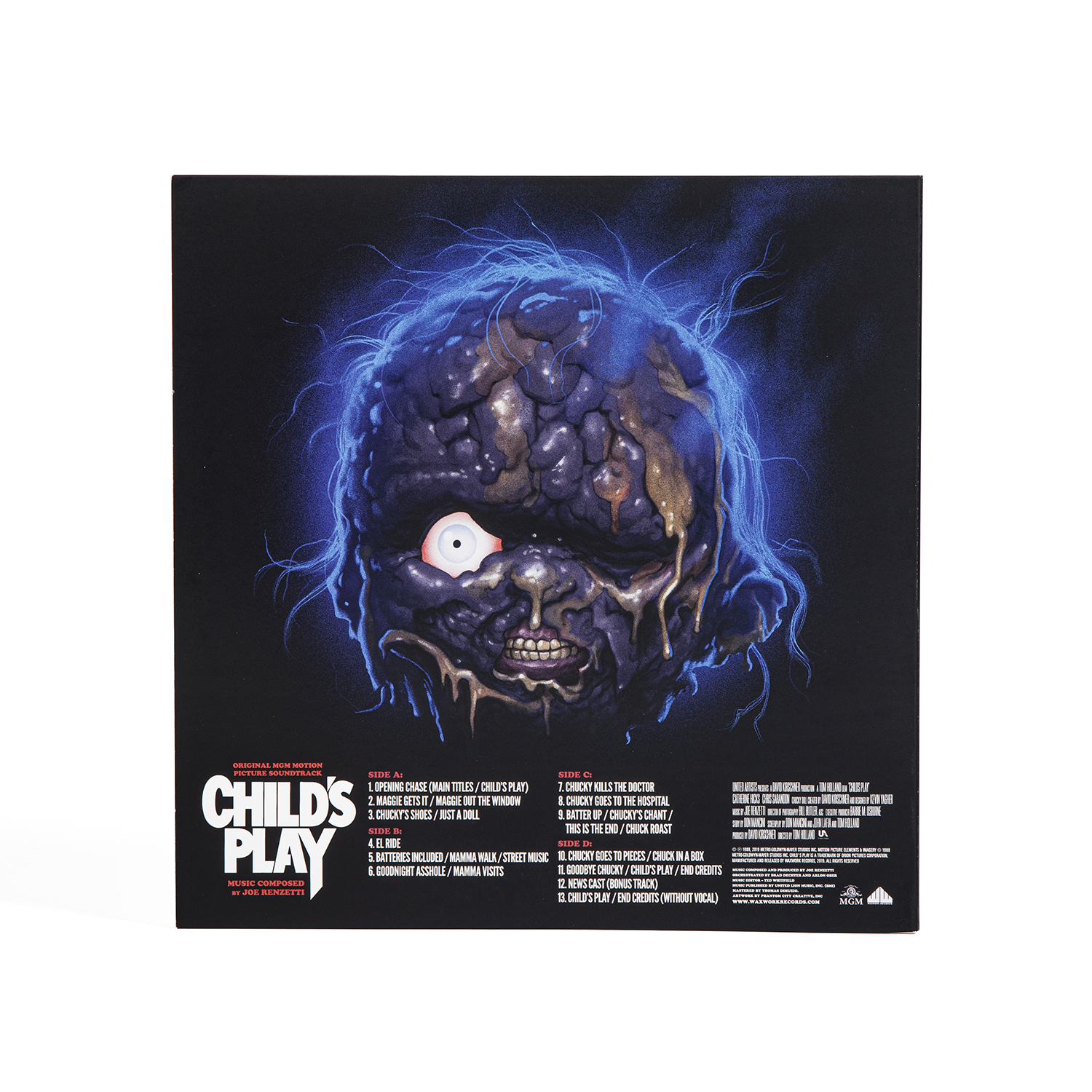 Waxwork Records is thrilled to announce the release of CHILD’S PLAY Original 1988 Motion Picture Music by Joseph Renzetti! CHILD’S PLAY is a 1988 American horror film directed by Tom Holland and starring Brad Dourif and Catherine Hicks. The film is based on the story by Don Mancini of a widowed mother that gifts her son, Andy Barclay, with a popular “Good Guy” doll for his birthday, unaware that the doll is possessed by the soul of a serial killer named Charles Lee Ray. The film immediately gained a cult following, and its success spawned a multi-media franchise that includes a series of six sequels and a remake of the original movie. It remains one of the paramount and classic horror movies from the 1980’s. The Chucky character has earned his rightful place alongside other slashers and horror icons such as Michael Myers, Freddy Krueger, and Jason Voorhees.

CHILD PLAY’s electronic / orchestral hybrid film score by Joseph Renzetti is a fan favorite that was released on the vinyl format only once prior in 1989 after the theatrical release of the movie. Ominous synth drones, pulsing electronic percussion, and nightmarish de-tuned harpsichords round out the terrifying score. The music of CHILD’S PLAY moves from hellish soundscapes to driving, chase-like rhythms in violent fashion.

Waxwork worked with MGM to acquire the complete CHILD’S PLAY score from the original 1988 master tapes. The score has been re-mastered for vinyl and housed within deluxe packaging including 180 gram “Chucky” colored vinyl, new artwork by Phantom City Creative, and old style tip-on gatefold jackets with satin coating. 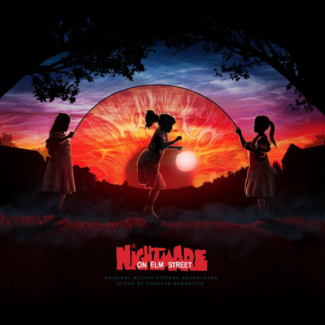 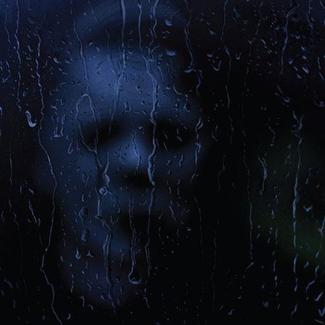