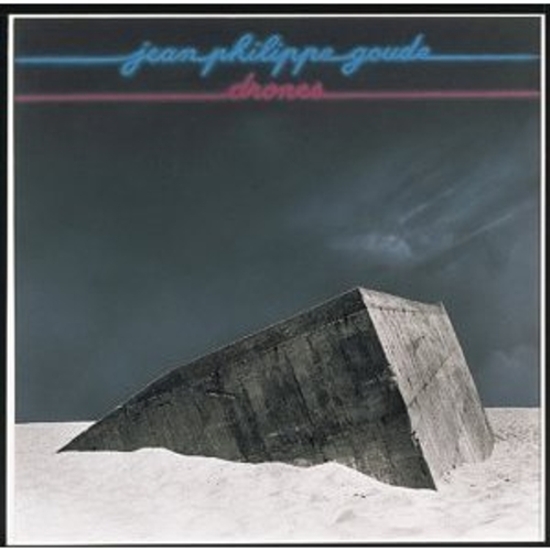 In the beginning there was the piano. As soon as he had mastered the basics, Jean-Philippe Goude discovered the spell of melancholy while working on a little musical piece: an etude ringing out in the style of a somber hymn. Not the dead meat smell of somberness that, according to Picabia, serious people emit, but the earthen gravity of an abyss dug by life itself. Everything is the result of this bedazzlement.

At 11 years old, Jean-Philippe Goude closed his eyes. When his eyelids finally re-opened, he could only see turquoise bubbles. The times had changed. The color was set by Sgt Peppers and the Beatles. Goude then discovered the minimalist movement through the work of Philip Glass and Terry Riley; this gave him insight into unexpected perspectives. Goude enrolled at the Pantin Academy of Music, where he studied with Irene Jarsky. Parallel to these studies, Goude worked with with percussionist Olivier Cole, assisted by electronics wizard Francois Gingle, who modified their synthesizers in order to obtain the weirdest possible sound. Goude released his first album (with Cole) in 1975, “Jeunes Annees” (Saravah). A few months later, with Bernard Paganotti’s band Weidorje, Goude initiated a rock adventure which ultimately resulted in a second album, “Drônes” (Polydor, 1979)—an album which features an impressive gathering of some of the biggest names in late 70’s underground French rock, including: Richard Pinhas (rhythmic synthesizer), François Auger (drums); Michel Ettori: (guitar), Patrick Gauthier (flute, synthesizer, piano, mini-moog), Manu Katché (drums), and Jean-Louis Rizet (mixing & special effects). Goude’s proto-electronica cosmic loops and moog melodies now find themselves coupled with tough prog drum beats and other elements of rock music; “Drônes” mixes solo keyboard pieces like ‘Coma’ and ‘Duo’ with group oriented pieces: ‘Dies Irae’ is a Zeuhl rock scorcher; ‘Machine’ uses a string quartet as the foundation for synthesizer musings by Goude and Richard Pinhas; ‘Trepidanse’ is a playful piece for dueling synthesizers. Although the Weidorje influence is evident on some numbers, Jean-Philippe Goude takes his music well beyond the Zeuhl trend. He offers a very personal approach to music, which contributed to the album’s initial success, and has ensured that its cult status has lasted until the present day.

A twenty-page booklet (printed on FSC recycled, chlorine-free, 100% post-consumer fiber paper manufactured using biogas energy), includes a brief introduction by Jean-Philippe Goude, abundant historical data, photos, as well as translations of contemporary French magazine articles. Our Lion Productions reissue includes all the tracks from the original “Drônes” album, as well as the track ‘Trio de Mini-Moogs,’ recorded during the same sessions and originally earmarked for inclusion on the album. "Jean-Philippe Goude is a singular character in French music, originality in motion, constantly sniffing the scent of potential…” —Hervé PICART (BEST no. 142, May 1980).