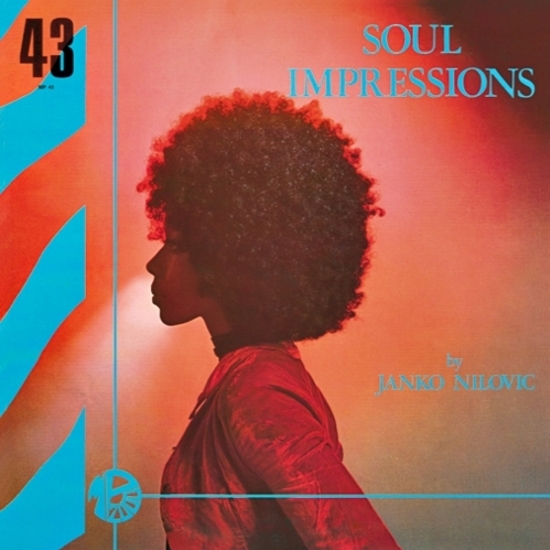 Recorded in 1975 and released on the legendary library music label Montparnasse 2000, Soul Impressions condenses the entire mastery and inspiration of the brilliant Franco-Yugoslav composer Janko Nilovic into 12 generous tracks. A total adept when it comes to bubbling studio sessions and gleaming arrangements, our man incessantly works furiously and devotedly on his music, throwing himself body and soul into the creation of one of the 70s most individual and coherent musical works. A chameleon of a composer, capable of adapting to practically all styles of music, he uses the diversity of his inspirations to stoke his creative pulsations which shape each of his compositions. On Soul Impressions we discover an incredible kaleidoscope of influences which diffract musical perspectives: here pop dives into torrents of fuzz, funk takes on a psychedelic air, jazz flirts with rock, and easy listening contorts strangely into the baroque. Between a joyful Blaxpoitation aesthetic (flute, wah-wahs and roaring bass), great surges of almost progressive acid (killer riffs and spiralling solos) and surprising breaks in tone and rhythm, Nilovic gets the balance right and gives what might have remained a simple library record the solid foundations of a coherent album. Time has made a eurogroove classic of Soul Impressions, maintaining its high value on the collectors’ market and remaining one of the most sought out records in Janko Nilovic’s however extensive discography.