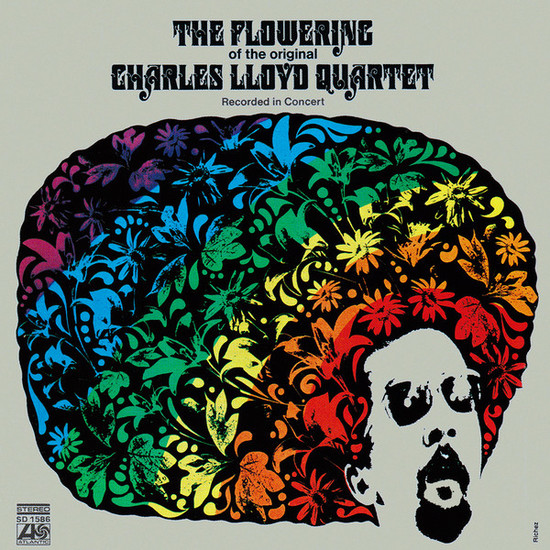 It might be hard to believe but there was once a jazz musician who was well known and well loved even in the global flower-power pop scene – and not just in San Francisco’s Haight Ashbury. The name was and is Charles Lloyd. He appeared in the great concert halls (e.g. Fillmore West) and skilful marketing launched his LPs into the hit parades in the Sixties. It was clear then that European festival organizers from Molde to Antibes, from San Sebastian to Warsaw battled for appearances by this legendary quartet.
In 1966 the original quartet was composed of Lloyd, Keith Jarrett, Cecil McBee and Jack DeJohnette who offered the public mixture of pop and jazz that was sometimes catchy, often ambitious and demanding, in some measure passionate, but always original. All this spiced up standard works and got the audience tapping their feet and snapping their fingers.

The present LP begins with one of these standard works, Kurt Weill’s “Speak Low”, and thus opens our ears for 43 minutes of relaxed listening. One notices that the control has not been handed over to free jazz players of the day. The impressionist sounds of the young Keith Jarrett fit in perfectly, and Jack DeJohnette had not yet moved into the realms of Miles Davis and his electric phase. A tip for great listening is Gabor Szabo’s composition “Gypsy 66”, which is reminiscent of their time together with the other top drummer of the day, Chico Hamilton.

All in all, this is a highly successful live production by Atlantic Records! (In their archives, by the way, are about a dozen unreleased Charles Lloyd recordings that are waiting to see the light of day.) In general, the present recording is rated higher than the LP “In Europe”, because the compositions leave behind a stronger impression on the listener.